10 Best Self-Defense Technique That Every Woman Should Know 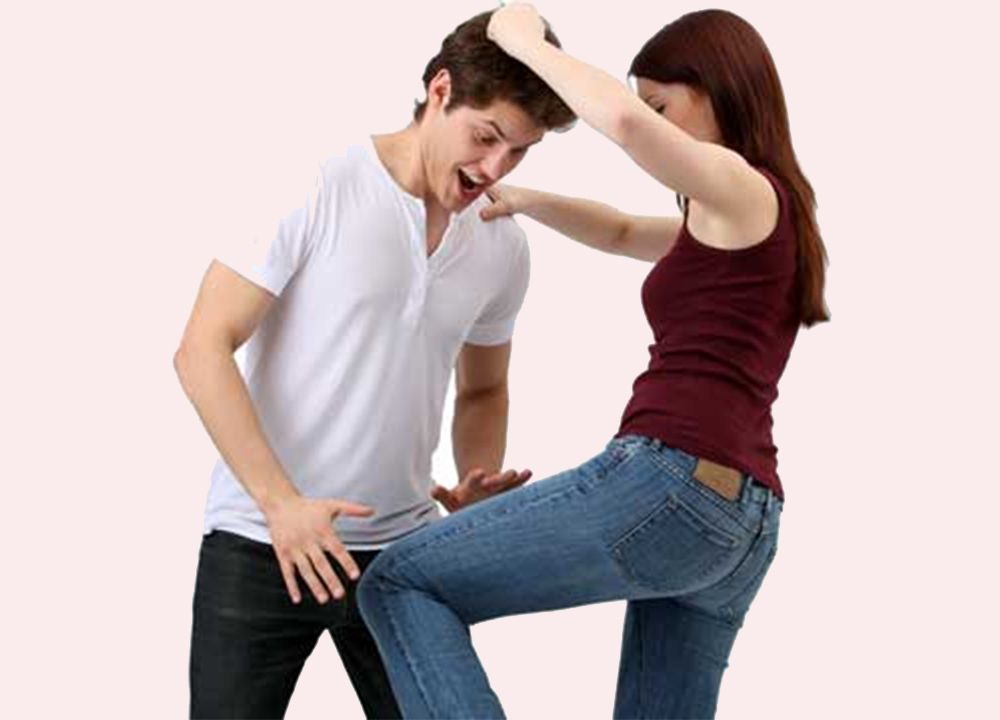 Have you ever walked out of the office or from a late-night movie, and felt the chills while walking in the parking lot or when walking in an empty street at night? It is true but an extremely startling fact that one out of three women has felt threatened or assaulted once in their lifetime. Women are no longer couped in the safety of their house; they are out there conquering the world. A woman isn’t even out of harm’s way at home, because over 70% of women have said that they have felt sexual or physical assault from someone known to them.

Every Girl Should Be Equipped With These Basic Self-Defense Techniques

It has become imperative for girls to learn self-defense. Nowadays, schools are incorporating self-defense classes in their curriculum. Young women are also joining self-defense classes. Many sensitizing drives are being organized by the police and various NGOs to girls aware of the merits of learning self-defense techniques. Self-defense technique not only teach you to fight but also how to prevent a confrontation with an assailant in the first place. When you are under attack or feel threatened, it gives you an adrenaline rush. For an experienced martial artist, the fight stances can come naturally to them but it isn’t the same for an amateur.

Self-defense training institutes teach few basic moves and make their student practice it multiple times until it gets incorporated into their muscle memory, and the moves flow voluntarily. Krav Maga or ‘unarmed combat’ is a tactical self-defense technique, and it is highly pragmatic and effectual. It was initially developed for the Israeli army, and it concentrates on a person’s natural instinct and is extremely easy to learn. Krav Maga teaches you avoidance and awareness as the main mantra. The timeline for Krav Maga is: avoid, prevent, deescalate, defend and fight only when necessary, and then escape.

Self Defense Strategies To Remember

Here is how you can maximize the purpose of your self defense techniques:

Here are 10 most commonly taught self defense moves we women should be well aware of.

hen the attacker is there before you, keep your palm open instead of in a fist, since that way you decrease your chance of getting hurt. You should aim for the aggressor’s nose, throat or chin in an upward motion. You can also use your head to strike if your hands are immobile.

If the assailant is trying to attack you from the front and is trying to grasp your throat, then you can raise your elbow and aim it towards his neck, jaw, chin or temple. It will help in destabilizing him and give you an opportunity to escape.

In most cases, the attackers come from behind and they will try to hold you in a bear hug stance. In such a scenario, you should bend forward and throw your elbow from side to side to the attacker’s face. Continue attacking by hitting him in the groin and debilitating him. You can also push your head backward with force to him on the nose or chin. It can make even the strongest assailant topple on the ground.

5. Freeing the hands from the grasp

If the assailant has grasped your hand, then rotate your hand towards the attacker’s thumb. When your arm is under his hand, then pull your arm away as strongly as possible.

6. When down on the ground

The bully might think that knocking down will make you comply, but they are mistaken. Use your legs and knees to hit him in the groin and stomach. You have the advantage since your legs are longer than his hands that's the reason it is one of the best self-defense technique.

7. Pushed against the wall

You might be in a fix in such a position but don’t worry there is always a way available. If the attackers both arms are up, then you can target his armpit area, and if one arm is free, then you can attack his nose, neck or jaw.

Men often try to subdue women by pulling a woman’s hair from behind. Grasp your assailant’s hand with both your hand. With your hands as the pivot, turn around to face the attacker. Grab his neck with one swift motion, and kick him in the groin. You can also try the elbow attack on his adam’s apple or on his temple.

When you can feel that your attackers are coming from the side, be prepared. As you feel the thug approaching, keep your arm close to your body. With one swift motion, turn around and hit the assailant’s face with your elbow. Or you can keep a pen handy with which you can attack his face or the area beneath Adam’s apple.

It is our reflex to move when someone reaches for our eyes. Use this voluntary attack to subdue your attacker. When an intimidating person comes from the front, reach out gouge or scratch your attacker’s eye. It will blind him for a while, giving you time to escape. You can alternatively, hit the nose, with the heel of your palm.

The best option would be to hit with your head with full force. A blow to one of the sensitive areas can make the assailant see stars. Don’t panic and always remember to scream. If you believe in yourself, you can go a long way. So, if you think that you can fight, that completely changes the result in your favor. Strong mental strength and willingness to retaliate and not cower in fright, It goes a long way in protecting you from untoward incidents.

Most women enrolled in classes after they have been assaulted when it is already too late. Join a class now. If a class isn’t available near you, look up for self-defense videos on YouTube. You should be capable of saving yourself and not wait for help to arrive because there remains only a couple of seconds between life and death.

Also Read: Self-Defence Is A Necessity For Modern Women