Women Are Twice As Likely As Men To Have Anxiety- Why? 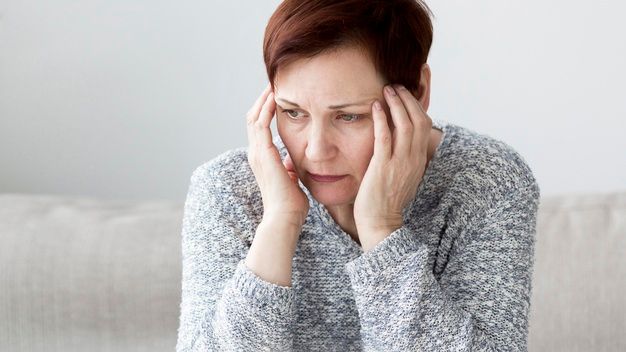 How often have you heard someone telling a women more likely than men to have anxiety. Well, they aren’t being condescended but it is derived from the fact that women are more prone to anxiety attacks than their male counterparts. Women often feel like they worry more than men, but then convince themselves everyone must feel this way. However, studies have found that women are twice as likely to live with anxiety as men.

This might seem hard to believe, but it’s true, and the reasons may be a bit more understandable than you might think. For one, contemporary women, especially those who are married and with children, are typically expected to do it all from managing a high profile career to doing household chores and managing kids. Often a man is discounted from doing chores at home.

Being a mom and a wife is practically a second job in itself, and there are studies to back that up as well, showing that women do more work than men in a relationship on average. Unmarried women and/or women without children are still living in a society conditioned to place more unpaid and undervalued work on women’s shoulders like shopping for groceries, cooking and cleaning around the house and even looking after aging parents.

The pandemic is keeping everyone in close quarters has also led to a lot of stress, with mental health reaching record lows among the majority of the population. Some of it comes from the fact that partners are forced to be in contact with each other at all times of the day with no breaks.

It can be a lot, going from seeing each other a part of the day to going such long stretches of always seeing each other and being in close quarters without any break in the monotony. Some great survival tips might help with that stressor, though. With all of these events going on at once with seemingly no end in sight, things can feel like they’re closing in or slowly piling up to an extent with no end in sight. During such a situation, it is easy to reach a breaking point. Constant stress can lead to bouts of an anxiety attacks.

Single women or those who don’t have children are twice as likely as men to have anxiety, and biology can explain this discrepancy along with some behavioral traits that women share as opposed to men.

Imbalances of chemicals in the brain are what causes anxiety disorders, and women’s brains are affected by different life events that alter their brain chemicals. Menstruation causes chemical changes and hormonal upheaval once a month, and some brains just don’t know how to deal with that sort of thing through no fault of the person’s.

PMS can be extremely troubling for many women as they experience extreme mood swings and might have severe bouts of depression and anxiety attacks. During such a period, a lot of women find it difficult to cope with office or home work and this further adds to their agony and anxiety.

On top of that, pregnancies and menopause, both natural events in women’s lives, can also cause chemical fluctuations. All of the rebalancing going on in women’s brains naturally through the course of their lifetime, starting when they’re as young as ten years old, can cause stress that they don’t even realize. Perhaps women could easily manage these chemical changes, but women’s health care is historically understudied and underfunded, so we don’t know if there is a simple way to manage these biological occurrences.

Onto more behavioral aspects that aren’t related to chemistry, a study found that women believe that worry should be avoided all the while being more susceptible to anxious thoughts, which is a curious and concerning combination. Perfection is unattainable, yet society tends to hold women to impossible standards and then demean them for not being able to “have it all,” all the while blaming the very people being held down by cultural forces.

Women are wired to overthink certain situations and be concerned or be hyped about things even before they occur especially if it is something about their loved ones.  To add to this, most women also believe that worry cannot be controlled. In essence, worrying about being too worried due to both exterior and interior pressure to have everything together causes even greater anxiety.

Worrying about things is not something that can be prevented, and it’s nature’s way of self-sustenance or protecting ourselves from impending danger. Since worrying too much can prove to be harmful to both our mental and physical well being thus it becomes imperative that we learn to control it with proper techniques. Worry can cause a panic attack in extreme circumstances, and BetterHelp outlines how to manage the anxiety that can get so bad as to cause frequent and constant panic attacks.