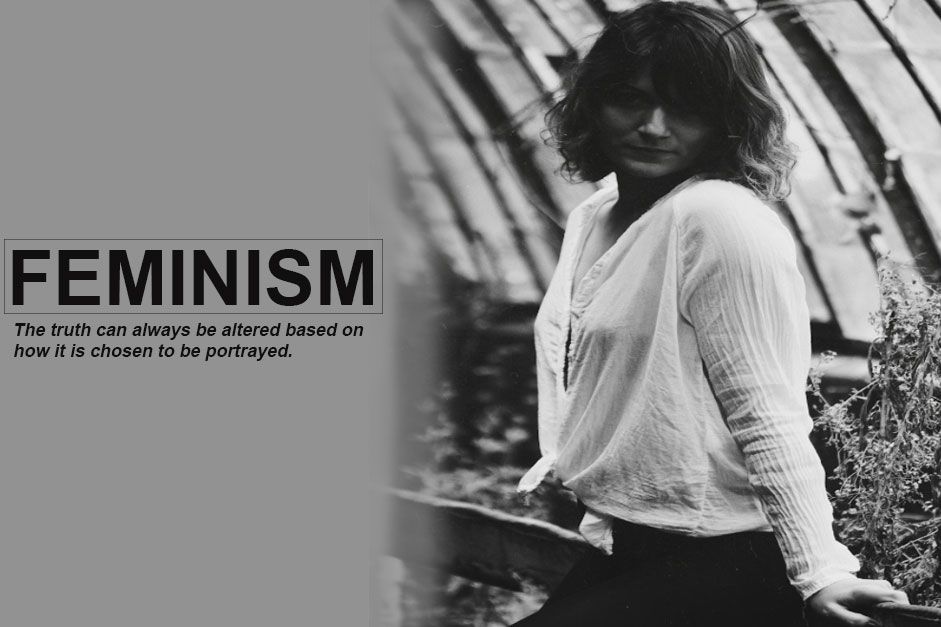 Women in literature: The relevance of portrayal is much more than it is assumed to be. The truth can always be altered based on how it is chosen to be portrayed. Something similar has happened with feminism. Digging deeper into the trenches of oblivion dating back to the 18th & 19th centuries, we found a very different picture of women’s lives as compared to how it is portrayed today. Dating back to those days of the revolution, in the most turbulent times of France’s history, women had a very different story of struggle and overcoming that struggle to attain success and hence waving the flag of French feminism. There were French press workers who were instrumental in making all this possible through the pamphlets, magazines, etc. Whereas today’s portrayal of female society is more into conformism. They have one confined sense of empowerment, and they, time, and again choose the same role models which makes it shallow and stagnant.

The idea of French Women’s Press is something that started dating back to the 18th century. The period of 1759 to 1778 saw the publication of the first women’s journal named Journal des dames. Further, the period till the next three decades from 1778, saw many subsections’ addition to this, some of which still find relevance. Domestic magazines or the problem’s page are some examples of the same. The famous playwright and reformer Olympe de Gouges decodes all the unknown things of the time for us through her ‘Declaration Of The Rights Of Woman And The Citizen’ in 1791 as a response to what she viewed as gender inequalities of the original declaration published in 1789.

She says-” It was my interest in the political potential of these representations of French women’s daily lives that gave rise to my book Figurations of the Feminine in the Early French Women’s Press, 1758-1848. During this period French women had no right to political representation. Despite the enlightenment emphasis on the rights of the individual, women were not considered of equal status to men. Their education was significantly less extensive concerning subjects taught and duration, resulting in a high number of illiterate women. “

Also, we know how the Napoleonic Code of 1804, made it an obligation for women on the legal front to obey their husband’s commands, and also put all the property ownership in the male hands. But then, how did such revolutionary women find their time and space to bring it all to the surface is still a lingering question!!!  The articles published back then were majorly based out of the political scenario being faced by France. They were quite wide-ranging—

These published pieces aimed to ignite the fire within women not to remain secondary and demand their social justice even in the times of French Revolution. This is all that we can recount from the published pieces available to us but the advent of the period of actual feminine readership in France is still something obscure. Owing to the levels of literacy as well as the costs charged to print these magazines, of course it’s an open card that the readership was limited. Evidences claim that magazines based on moralistic tones like fashion were even read out aloud among women.

Such incidents show how ecstatic women’s community grew with the progression of unity and a sense of collective identity among them. Confined to the domestic domain, earlier they were not so expressive as well as courageous to let out their thoughts in a public forum. But gathering, discussing, bringing out narratives has definitely helped them carve out a desired space for themselves in the society. Another important phase of women writers and revolutionaries is the one of ‘Ghost Writing’. Many women like Madame de Savignac, George Sand and others hid behind their male pseudonyms to present their thoughts.

Since the market was male-dominated and only male publishers were read, hence females like these had to borrow such pen names to attract readership for their thoughts to be read. Many such novels have a very well of contribution to the genre of educational fiction, and hence the intellectual movement in the years around 1833. To quote, the name of one such is-‘is-‘Journal des femmes’. The best part about women’s revolutionary novels is that they can modify future perspectives by being produced in the current society. They have a strong standing in both these realms as they act like a mirror to society.

But according to Carla Hesse-”earlier there was a civic feminism employed in all such novels and those novels aimed to improve the quality of female lives, but now, there’s just the materialistic side left to it.” That’s how the narratives have been altered and that’s how the actual agenda is getting lost somewhere in the black hole of obscurity as the revolution and revolutionaries have taken a turn to materialism.

The French Press has a big role to play in shaping politics the way it is today. The authors like George Sand, Simone De Beauvoir have left a remarkable footprint on the sands of patriarchy, which,  if followed today, can help us lead our ways through this pseudo-feminine society.