Women Centric Bollywood Movies That You Should Definitely Watch! 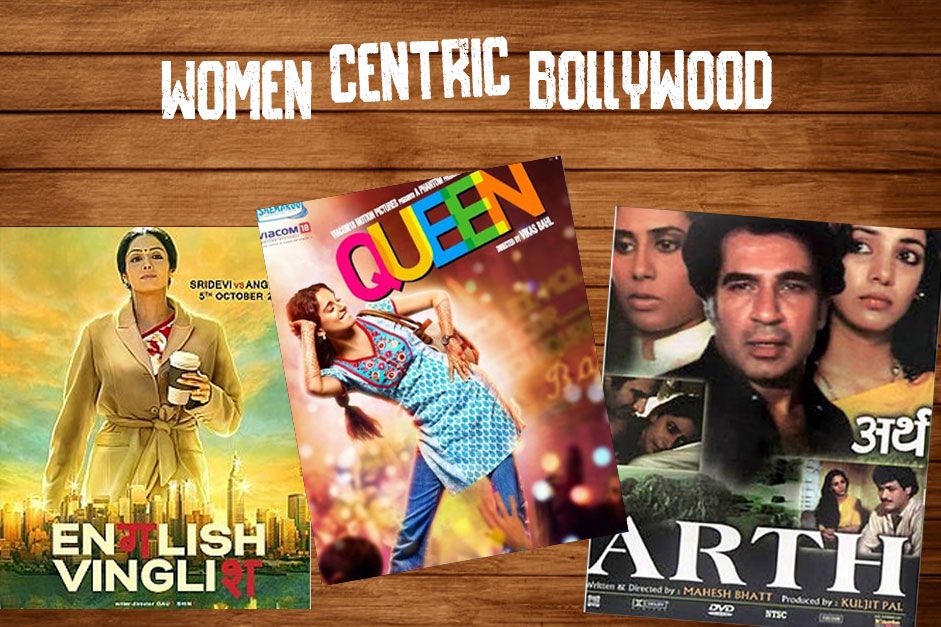 From Mother India to Veeray Di Wedding, we have witnessed some fine women centric Bollywood movies over the years. Although the theme of most movies requires a handsome hero and a beautiful heroine, there come some feminist films every once in a while that win our hearts. Let’s take a look at some of the movies that did not need a man to save the heroine.

Here are some of the best Women centric Bollywood Movies that you must watch:

Not only did this movie mark the comeback of the superstar Sridevi but, it was also among the one of a kind feminist movies that made its place in our hearts. A story about an Indian mother who does not speak English fluently, the movie takes you on a crazy ride that helps the lead character, played by Sridevi, find out who she really was other than being a mother and wife.

This award-winning women centric Bollywood movies is about a girl who is going to get married soon to the boy she loves. But, the boy dumps her one day before the wedding. Shattered and embarrassed, she decides to go on her honeymoon alone. What happens next makes the movie a must-watch. The shy and timid girl who had never traveled alone returned as a confident and happy woman who wanted to live life to the fullest. Kangna Ranaut won the national award for her role as the lead. If women centric Bollywood movies are ever discussed no one forgets this movie to put on the list.

A semi-biographical film by Mahesh Bhatt, this movie is about a man, his wife, and the other woman. The character of the ‘other woman’ certainly stands out. Played by Shabana Azmi, you see multiple layers of her character come out as the story develops. It is a timeless piece in the genre of female lead Bollywood movies that you should definitely watch.

4. No one killed Jessica

Among the recent feminist movies, this movie was purely women centric which was inspired by the real-life murder case of Jessica Lal. Rani Mukherjee plays the character of a reporter who tries to help Vidya Balan,  who plays the sister of Jessica. The majority of the movie is based on the female characters played flawlessly by great actresses. Vidya Balan and Rani Mukherjee’s pairing steals the show.

Swara Bhasker shows her versatility as an actor when she plays the role of a single mother. The mother goes back to school to encourage her daughter, who did not see the point in studying. The daughter believed that since her mother was a maid, she was going to be a maid as well. The film is full of heart-touching scenes and is overall a great watch.

Based on the real-life Neerja Bhanot’s biopic, this movie won Sonam Kapoor The National Award. Neerja went to get the audience’s love and was also praised by the critics. This movie will make you laugh, cry, smile, and connect with the character. A full package, Neerja is a must-watch for those who missed it in the theaters. List of Women centric Bollywood movies can never be completed without this movie on the list.

Over the years, Bollywood has produced some timeless women centric movies. For those who want women to shine through in a movie, the above recommendations are just right. The future looks promising for women in Bollywood and we are excited to see it. These were our Top 6 pics of women-centric Bollywood movies that you must watch. Don’t forget to watch these movies with your friends and family.