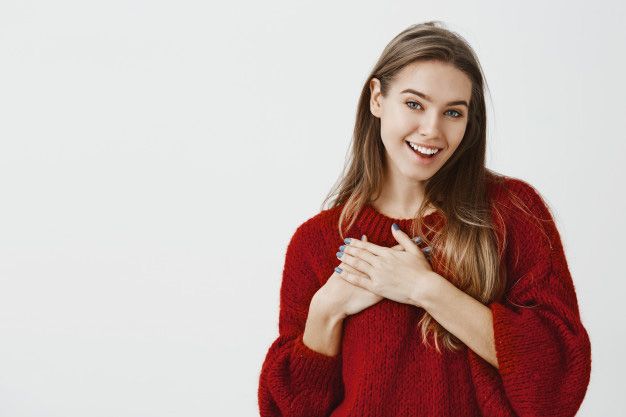 Most people answer the above question in the affirmative. Human civilization, culture, and the history of humankind have forever told the stories of a woman love being all giving, encompassing, and selfless.

Starting from the love of a mother who sees no mistake of her children to the love of a wife who is completely devoted to the needs of her husband – these ideas are constantly reinforced and are evident in real life too.

With the advent of feminism and more holistic and progressive education, it is important to question if these ideas are molded socio-culturally more than being the way of nature. These ideas of a “submissive and selfless” woman not only fuel patriarchal notions but also inflates toxic masculinity so prevalent in society.

It would be a grave mistake to miss this opportunity to shed light on the fact that patriarchy and toxic masculinity affects all people across the spectrum of gender and sexuality. When we say that women are more loving as made visible by classic novels, romantic literature, mainstream media, and pop culture, we are inherently putting across a stereotypical idea of women where they don’t show any emotions except that of loving, care, and being kind and altruistic.

For instance, in one of the most celebrated romcoms, The Big Sick, when the female protagonist, the character of Emily gets to know about the male protagonist’s, Kumail’s marriage proposals, she gets angry and starts crying, screaming, and acts all way opposite to how a woman is supposed to be as per the societal standards.

Kumail responds to this reaction of Emily by asking, “Aren’t you supposed to be handling this better than you are right now?” Emily shots back saying, “I am expressing myself!” This little interaction seems harmless in the movie but says a lot about the relationship dynamic of a heteronormative couple where apparently, a woman is more loving than a man.

Who  Loves More in a Relationship Man or Woman?

When we ask questions of who is more loving in a relationship, it is important to locate the answers to this question in the systems around us. The systems that dictate the behavior of people depending on their contextual realities. If we dive deep, we will notice that rural women are expected to be more accepting than women living in urban areas.

Why is there a disparity that tells that women’s tendency of love is different as per their locations? The answer lies in how people’s context and their location in the social hierarchy influence their behavior and the expectations of the people around them.

Toxic masculinity damages the psyche and personality of men. It affects their gender performance to an extent that causes some individuals to go through an identity crisis. This identity crisis is marked with extreme anxiety, and efforts to fit in. Sometimes, they are met with resistance, bias, discrimination, and bullying.

The difference between the love of man and woman, as per the socio-cultural notions and gender stereotyping are seen when we notice that the love of men is restricted and selfish whereas women’s love is kinder and selfless.

People from the queer community face unjustified stigma and discrimination based on their gender and sexuality. Their relationships are usually judged from a heteronormative angle that has made some very judgmental questions the norm.

For instance, lesbian couples, generally, narrate this experience of being asked: “Who is the man of the relationship?” Gay couples are similarly questioned, “Who acts more ladylike?” These stereotypical remarks may be exceedingly triggering and traumatic for queer couples who are constantly trying to make their own space in a homonegative world.

The question of does women love more than boys is in itself very judgmental and stereotypical as it puts the onus of loving only on women. The question we should rather be asking should look like the following:

“How can I be more loving to my partner?”

“How can I better support my partner?”

“What are some ways to give back love to my partner?”

Rather than finding answers to Who loves more in a relationship man or woman? – we must believe that humans are all equally loving. All humans have an inherent tendency to love and give back. All of us like to be appreciated, admired, cared for, concerned for, and being loved. All of us should be and are allowed to give love and receive love.

Erich Fromm, a philosopher who wrote the book, “The Art of Loving” in the year 1956 said that love is an “activity” and a “standing in” and not a “falling for.” Love is an act of giving. He says that in giving we also receive. When the other person is receiving the given love, they are allowing this love to be taken.

He writes, “Love is a power which produces love.” Fromm talks about the basic elements of love, all of which are mutually interdependent: care, responsibility, respect, and knowledge. By ‘care’ he means that love is the concern for life and the growth of it. To respond is what is meant by ‘responsibility’. ’Respect’ implies freedom in love, there is no space for domination. Love is the ‘knowledge’ to know the secret of life.

Finally, talking about the practice of love, Fromm writes that one needs to inculcate the values of discipline, concentration, patience, and supreme concern for practicing the activity of love. These values can be cultivated in every phase of life.

Various philosophers have opined that all beings are capable of love. All we need to keep going in just a bit of love! No matter what your gender identity or sexual orientation is, know that you are allowed to give love and you deserve to receive love.