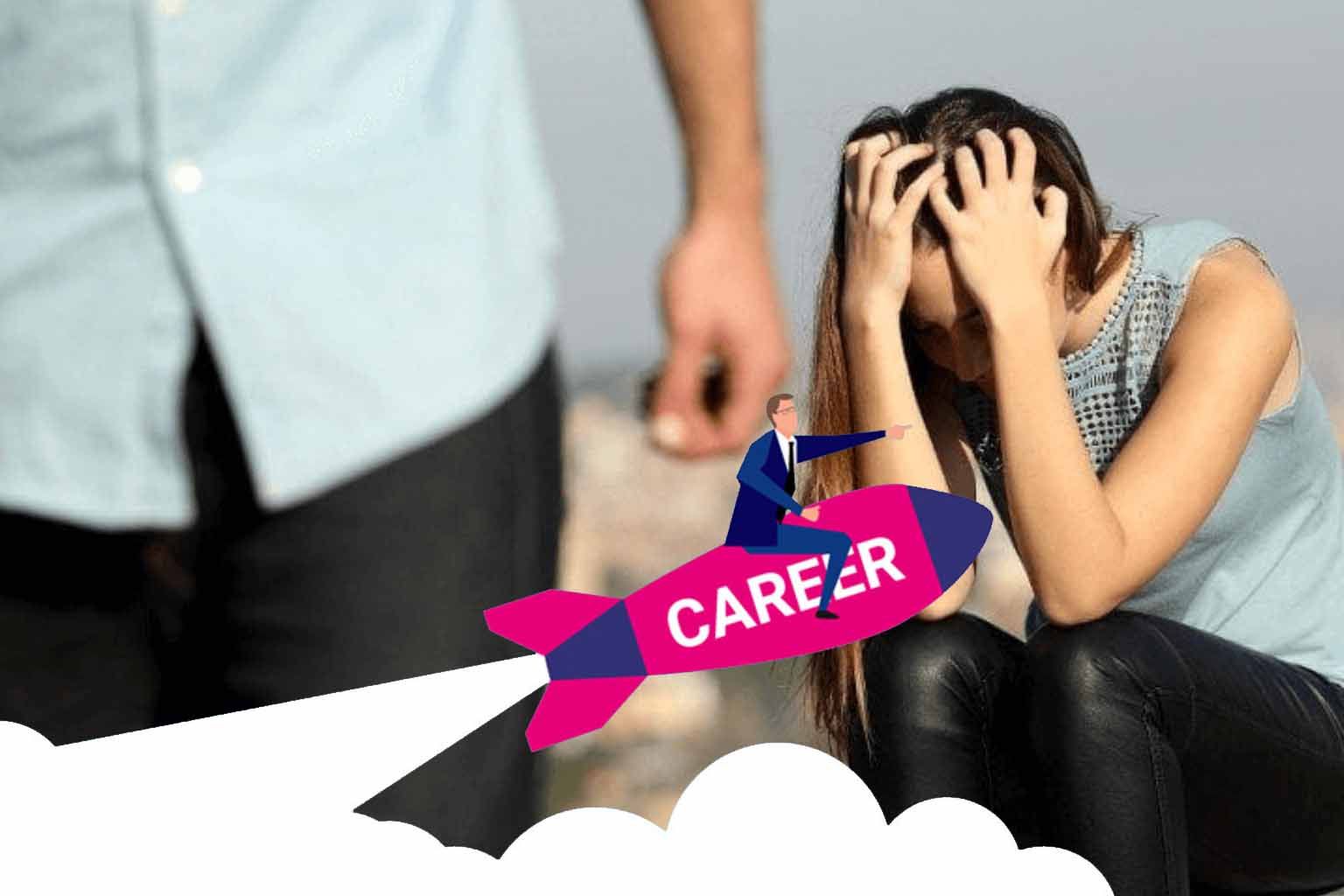 What is More Important Love or Career?

It’s the 21st century, feminism continues to challenge the status quo; women are empowered and women are independent. We live in exciting times, women have taken up more unconventional roles; a powerful minority is rapidly gaining independence but still have to decide what is more important love or career?

We’re finally talking about the detriments of patriarchy and sexism, how they impede our progress and overwhelm us. And yet, sometimes, we enable these forms of prejudice. When we, as women, are given a choice between love and ambition, we rarely choose the latter. But why should we even have to choose one when we can have both? Why should you abandon your career when it isn’t even hurting someone?

Love is a tricky thing, romantics say it’s all-consuming but realists argue otherwise. Regardless of contradicting notions, we know with conviction that love is powerful. Oftentimes, it makes us do things we wouldn’t have otherwise, further adding to its allure. As we grow as a civilization, we’re constantly poked and prodded about its affinity to become toxic. When exactly does love become toxic? Well, there are many instances.

Love is toxic when someone threatens their partner with petty ultimatums that require one-sided subjugations. Perhaps the most common example is when a man requires a woman to retire herself of all and resorts to financial independence.

At first, he remains elusive, hinting at his desire for the woman to sit at home. He sugarcoats it with superficial nouns, he calls his woman a queen. Then, if the woman resists, he pushes her, fills her up with wholly promises to get what he wants. If she dares to put her foot down, he uses his love as a weapon, this time commanding the woman to choose either him or her career.

I understand that love is about compromise. But love shouldn’t have to be about absolute surrender. When a woman decides to stay home and look after the kids because neither parent can’t afford a nanny; THAT, is a compromise. When a woman decides to quit her job because it puts her man in a mood is surrender. If you’re in a relationship where your man vehemently disproves of you working, that’s a red flag. Love is about commitment and loyalty, couples should refrain from everything that challenges these fundamentals. However, career and self-growth do not fall under any such category.

Being ambitious and having career goals is good, they help you explore yourself, build your self-esteem, and make your place in the world. They make you happy, and what makes you happy should be championed by your significant other. Healthy relationships see both the man and the woman cheer each other on as they grow in life. If your partner has a problem with your achievements he’s either extremely sexist or extremely insecure. Most probably, he’s a disastrous concoction of both. Men who like control aren’t sustainable, they’re hurtful and damaging. These men do not seek inter-dependence, they seek submission.

Why you should choose a Career over Love?

Money is power. When a person, regardless of their gender identity, has money they also have access to a certain degree of power. Patriarchy doesn’t like to see women in power and history is a poignant reminder that patriarchy has allowed endless atrocities to be committed against women. Consequently, if the man who says he loves you is trying to cut you from your source of income, not only is he a male chauvinist but his definition of love needs brushing. YOU deserve better than to abandon your career for someone who needs to reevaluate himself.

Women are smart and intellectual beings, we’re equipped with the gift of discernment. It is only fair that we make the right decisions for ourselves. We need to grow despite the challenges shoved down our throats, we need to choose the right option. Choosing a career over someone you love is an incredibly hard decision. But if the love that’s causing you such a painful dilemma was reciprocated at all, your man wouldn’t have put you in the situation, to begin with.

Also Read; Want To Start A Career From Home