What Does Sex Education Teach and Why India Needs It 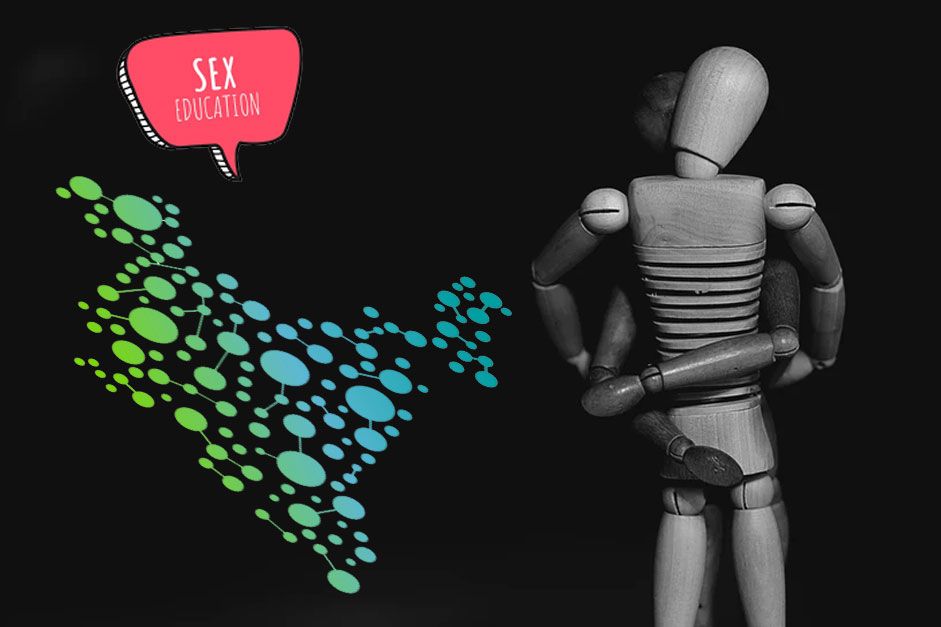 In a country like India where there are so many cases of teenage pregnancies and sexual abuse, one would believe that the importance of sex education would not be a matter of debate. But, in our country, a lot of sensitivity is attached to a topic like sex. As a result, school sex education programs are met with critical resistance from parents and teachers alike.

The backlash on School Sex Education Programs in India

There have been talks about the importance of sex education becoming a part of the Indian curriculum and why sex education should be taught in schools. In 2007, the government announced the launch of The Adolescence Education Program in schools. This was done along with NCERT, NACO, and UN agencies. But, it was met with nation-wide backlash as thirteen states banned the initiative with immediate effect. They argued that school sex education programs went against the cultural values of the country.

BJP leader M Venkaiah Naidu had rubbished the initiative “as a cleverly used euphemism whose real objective was to impart sex education in schools and promote promiscuity.” As of 2017, The Adolescence Education Program was still banned in five states and there was no uniform approach in which the subject was taught. However, that is all set to change.

Why Sex Education should be Taught in Schools

According to sources, The Prime Minister of India, Narendra Modi launched the revamped ‘School Health Education Program.’ This initiative is under Ayushman Bharat, which is a national health protection scheme. This health program aims to reach all government schools and educate children. They will have trained teachers and peer educators.

The module will address important aspects like good touch, bad touch, reproductive health, communicable and non-communicable diseases, mental health, substance abuse, etc. in an age-appropriate manner. But, oppositions have already started lining up against this initiative. An educational organization by the name of Shiksha Sanskriti and UtthanNyas backed by the Rashtriya Swayamsevak Sang (RSS) believes that there is no need for sex education in Indian schools. The organization also believes that the implementation of the new education policy would have a negative impact on children.

In a country where over 2.3 million people over the age of 15 suffer from HIV, only 45% of men and 28% of women have in-depth knowledge about the importance of sex education. The statistics for rural areas are even worse. If the ‘School Health Education Scheme’ is properly implemented, it would help families that have the condition and eradicate the taboos that surround it. In rural areas, HIV patients are treated as an outcast. Getting educated on topics like these would change the mindset of generations to come.

Such high-risk diseases could also be avoided if the schools follow the National AIDS Prevention and Control Policy of 2002. It focuses on the need for prevention of AIDS and the protection of the rights of infected individuals. The policy aims to do it through education and by spreading awareness. Even though the conditions have improved a lot, incidents of child marriage are still unfortunately quite common. This puts the young girls at a disproportionate amount of high-risk pregnancies. Did you know that about 62% of rural women have a kid before they are barely adults? Sex Education’s focus on such issues could substantially reduce the course of child marriages and save many lives.

Around 130 cases of child sex abuse are registered daily in India and the number is increasing at an alarming rate. In most cases, the culprit was a known person to the victim and her family. To stop this number from growing and to protect our children, it is crucial that the kids are taught about good touch and bad touch. The topic of consent is also a part of the curriculum that school kids need to be made aware of.

The list of sex education benefits can go on and on. One could argue that the curriculum is altered keeping our traditions and cultures in mind but, to deny it is to deny basic rights and common knowledge to a whole generation.

Also Read: Sex Education Is A Great Move By CBSE Board?