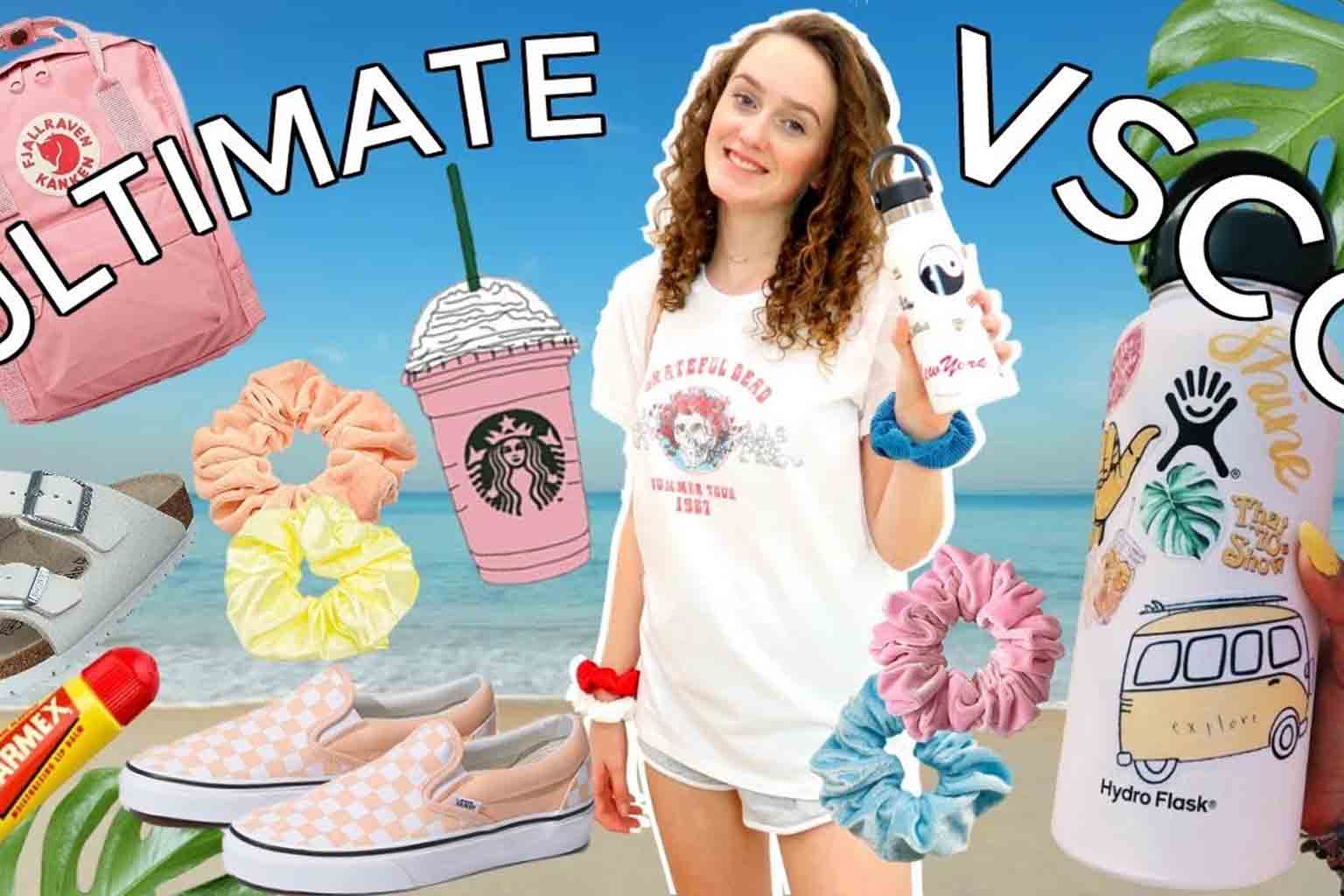 When I see the millennial or Gen-Z folks, a sudden wave of I is old washes over me. Most of the time I don’t understand their lingo or their lifestyle, and I am only in my early 20s. The latest trend that has taken over tweens and teenagers globally is VSCO.

The millennials are busy chronicling their life on social media apps like TikTok, Instagram, and youtube vlogs. Facebook has become a passé for this new generation. Life has become a series of pictures captured in the perfect hue and filter, everything staged-yet-trying to be candid.

VSCO is a photo editing app. It was started in 2011 and was formerly known as VSCO cam, and it has gained immense popularity in recent times. It allows users to edit photos with preset filters and tools and makes your images look like they were taken with a film camera. Pictures can be shared on the app itself or even on the ‘gram. There is no pressure of likes and comments unlike on Instagram.

How to Become A VSCO Girl?

VSCO girls are all about a certain image, they can be easily identified in the milieu. If you are in any doubt, you can browse through the innumerable videos uploaded by teenage influencers and YouTube vloggers, who show how to transform into a VSCO girl.

VSCO girls portray a beach look along with a certain 90s vibe. Caprese Wippich, “a retired VSCO girl” has told NBC News that is the most popular trend in recent times and unlike other fads, its popularity hasn’t waned.

VSCO girls are known for their trademark accessories like scrunchies, which are mainly stacked on their arms, Pura Vida bracelets, puka shell necklaces, and, Fjällräven Kånken backpack. These girls mostly have beach hair waves or have their hair tied in a curated messy bun. They have no-make-up look obtained by applying a facial spray and Carmex or Burt’s bee lip balm.

These new-age fashion and social influencers are extremely environmentally conscious, and always carry steel straws and hydro flask, to save the turtles. These youngsters are extremely effortless in their style and have their bottles and phones covered in stickers.

The Backlash Against the Popular Trend

It is not easy following this trend, since it is extremely brand-specific, and it is not accessible for every tween or teenager to afford such expensive essentialities. Also, VSCO girls are typically tall, white, and slim, which is extremely exclusionary. Also, people have righteously pointed out that though these girls are environmentally friendly and yet they use disposable cameras.

The girls have specific lingo like “sksksksksk” which critics find as jarring as Janice saying OMG in popular sitcom FRIENDS. They also have another popular catchphrase “and I oop” a direct reference to drag queen Jasmine Masters. Many find these girls frivolous and fake.

VSCO girls have become a rage for the last couple of years and their popularity can be understood by a large number of memes that are made on them, and it mocks for their lack of individuality. It has been covered immensely by media outlets like Buzzfeed, Vice, Seventeen, and New York Times.

Also read: Body Taping Is The Solution For The Perfect Décolletage

It has achieved so much fame, that the popular app TikTok, even launched a VSCO filter- a sticker decorated water bottle and side-ponytail tied with multiple scrunchies.  Social media influencers launch their video, “ How to transform in a VSCO girl” which parodies and mocks the VSCO girls. But these young girls are self-deprecating!

So while some might hate them others might aspire to be like them. Whichever way you choose to look, you can’t ignore them. Over the years many high school trends had teenagers hooked, but these are mostly short-lived phasing out within a couple of years. Its popularity is mainly among tweens and teens from middle and high school. By the time one graduates to girls, the popularity completely wanes. VSCO girls have been around for the last 2 years and still going strong!

Until a new trend emerges, be a VSCO girl.