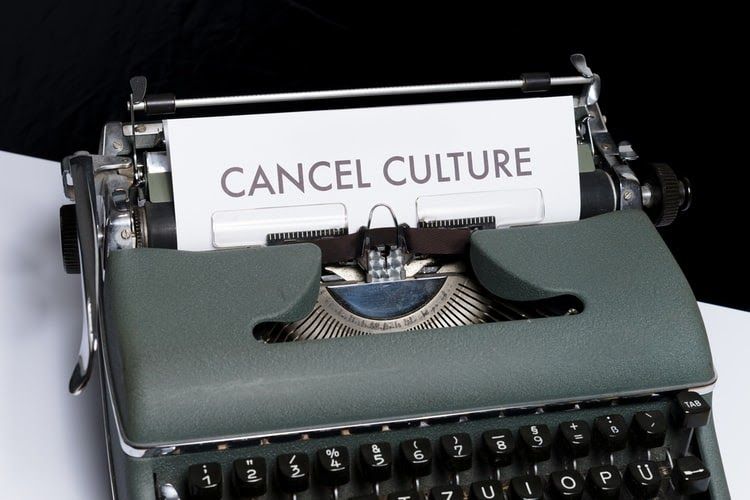 If you have been on the internet using social media platforms there is little chance that the term “cancel culture” hasn’t reached your feeds and then slowly seeped into your brain. In this world where all sorts of information, opinions, and debates stay on the tip of our fingers, there is hardly any piece of information that is escapable.

What is the one thing about this information that most of us fail to realize? That truth is contextual and that truth is multiple depending on people’s location of the context. And, did you know that your social media feed is also curated as per the truth that you believe in?

What I mean to say is that if you believe in something, your social media will show the same, and related content to that particular something that makes your belief in it stronger leading to more confirmation bias. Your feed tells you that there is only one truth – the one that you are seeing and that is the only truth that you need to make an opinion on that particular something. And, when there is another party that does not agree with the truth that you believe in you “cancel” them.

Have we ever tried out finding out the point of disagreement when it comes to ‘us vs them’? Should we not judge the truth from all angles looking at the perspectives of both the parties – one that agrees and the one that does not? Why do we engage in a call out culture where we dehumanize errors of thinking and believing and start seeing the world in only black and white?

What is the way to stay on social media, engage with content, and yet do not get sucked into the traps of cancel culture?

If these questions look interesting to you, keep reading ahead to find out the answers.

What is cancel culture?

Cancel culture is defined as the actions and behavior that people undertake against some individual or group which can do anything from a common man to a celebrity, to big brands and organizations because the party in question made some objectionable comments and opinions about something specific.

Merriam Webster says that “To cancel someone is to stop supporting them or their work. This means no longer reading what they write, listening to, or watching what they create, or enjoying what they produce.”

In 2017, twitter noticed the cancel culture origin where users were tagging and canceling celebrities based on their problematic behavior. Since 2017, the term has been in vogue and became outrageously popular in pop culture and media as different problematic events unfolded. The cancel culture statistics can be tracked concretely since 2019 when Google saw a sudden increase in the search for the term “cancel culture” when Barack Obama commented on it saying, “That’s not activism.”

To understand this with context, let’s take a recent example. A popular Indian Instagram influencer, Santoshi Shetty was tagged “canceled” after she posted a video in which she was seen asking for Rs. 1500 as the currency for energy exchange for talking to people about their mental health issues and offering support through a conversation.

The video blew up on social media as people noticed how she was charging people and offering therapy without having any formal training and background in the mental health field. The internet then deemed her canceled based on this video. Later on, she issued an apology.

To go a little back, in 2019 another video went viral where an aunty was seen shaming three girls on the outfits that the girls were wearing in a Gurgaon mall. This aunty too was “canceled” because of her regressive outlook. Later on, she issued an apology as well.

Around a year later, Utsav made public the calls between Mahima Kukreja, the girl who made the allegations, and her sister who were asking Utsav to not take any actions. Turns out, AIB and Utsav were innocent and hadn’t done any sexual harassment.

In the West, several celebrities have been canceled – to the extent of losing deals, followers, and jobs.

Do you notice anything problematic in this call out culture? Let’s find the answer.

Why is cancel culture toxic?

Cancel culture is toxic in the way that it dehumanizes errors made by people. It brings people to the public eye and engages in name-calling and public shaming leading to the destruction of people’s careers, and their lives.

Cancel culture refrains people from taking a broader and more holistic approach to a problem or a problematic behavioral tendency of an individual or group. It works on the principle of mob psychology where one person is targeted.

In all the examples mentioned above, there’s a commonality. Both Santoshi Shetty and the Gurgaon aunty apologized for their behaviors. But other than that, do we really need to engage in public shaming when the mistakes done can be reprimanded?

Moreover, shouldn’t we be locating these mistakes and errors of judgment in the systems around us? Santoshi Shetty did what she did, she had good intentions, but she comes from a position of privilege and does not understand how mental health issues are varied and how they look like in positions of unprivileged and powerless populations.

All our bad behaviors benefit these larger structures, which is why time and again these systems of injustice push us to take actions that are only made for their profit. And, yes, we do this unconsciously most of the time.

Gurgaon Aunty’s behavior was a product of patriarchy. The structure of patriarchy dictated her behavior and pushed her into thinking that women’s clothing should meet a certain standard of “appropriate and decent.”

The case with AIB and Utsav Chakraborty point in the same direction that we fail to look at the picture from a larger context and we fail to see the opinions of people we disagree with. We choose a side, and we become adamant in holding our positions of power thinking that the truth lies only with us. Why didn’t we listen to the opinions of AIB and Utsav? Why didn’t we try cross-checking and verifying the information we received? Should we really be in such a haste to judge people harshly and “cancel” their existence?

Here’s a quote by Bell Hook that captures the essence of this argument, “How do we hold people accountable for wrongdoings and yet at the same time remain in touch with their humanity enough to believe in their capacity to be transformed?”

Your feed on social media is curated with the content that you like, comment, share the most. That is, the more you engage with it, the more it appears on your screen. This is how cancel culture keeps perpetuating. This is how things go viral, and this is how we fail to see the truth in its entirety.

When you come across some information that you agree with, check with the other side, engage with the party that is disagreeing with your line of thought – have a conversation, and find out why the difference in the thinking exists? What are the variables that are guiding their thinking and what are yours? How is your truth different from theirs?

Social media can be a dark place if not used mindfully. We need to pay more attention to the content we share and amplify and we must make sure to not engage in online hate, trolling, canceling, or cyber-abuse.

The way out of this “cancel culture” is a compassionate attitude towards other people and the habit of looking at everything not in isolation but totality. Rather than tagging individuals as canceled, we should try dismantling the structures around us.