To Use Or Not To Use: The Crib Bumper Pad 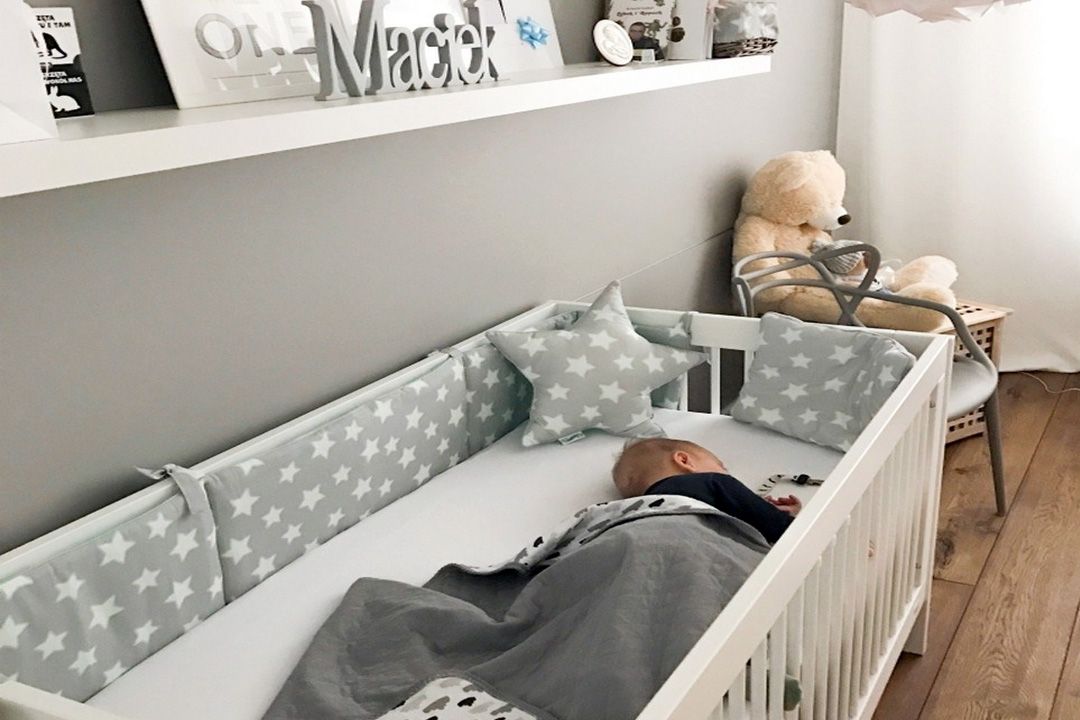 The crib bumper pads are easily available to everyone as they are available not only at baby shop’s but they are also easily available online, that too not only a handful of them but in abundance with different designs, colors and Material. Some people think as simple as the way these bumpers are made and the way they look. The creators often make a package deal along with the bed sheet sets and make the crib bumper pads look a nice treat to buy for their kids.

They are very attractive and engaging and also they seem to make the baby bed mellow and cozy. Though many people feel it’s safe to use such cribs using breathable material. It is said that there are breathable crib bumpers which are being replaced but who knows if they are safe enough until one actually buys and uses them.

People still consider not to skip crib bumper pads as very necessary, having quite  a good comfort level and common product for babies regardless of the safety warnings. People feel that they are safeguarding the child with these crib bumpers but it ain’t the case here.

Do you think the comfort of the crib bumpers are worth the trust of the buyers or even is it worth the risking lives of their young ones? All these questions would need a proper answer as endangering a kid’s life would never be an option to any parent in this world.

What are Crib Bumper Pads?

Crib guards or crib bumper pads are cotton cushions that lie around the inside edge of a child’s crib. They were initially intended to keep infants’ heads from falling between the frame of the crib, which was made more separated than they are today.

These Cotton pads were additionally proposed to make a delicate pad encompassing infants, keeping babies from knocking against the hard wooden sides of a crib thus also increasing the comfort.

Do you really need these Crib Bumpers?

Only that these crib bumper pads are being sold along with the attractive bedding sets and thus it makes sense to people buying it along. It’s a marketing strategy that many times works for the buyers.

Earlier the slats of the frame of these cribs were farther from each other but nowadays the cribs have nearer slats thus they do not require any crib bumpers as it gets almost impossible for a child to fit in his/her limbs or head in these slats. The comfort level of the bumpers are not really needed while risking the child’s life.

According to research, it was discovered that newborn children were subjected to such cribs, in light of the fact that the baby’s face was suffocated against the bumpers. Similar to a thick pillow, these crib bumpers can create a deficiency in breathing if the bumper is close to the infant’s nose or mouth. Such danger proves fatal when the baby is too young to move and call out for help.

Another greater risk with such bumpers is the strangulation or choking. The small infants can get strangled with the ties of the cribs which can cause fatal because in such situations neither the baby can make any noise and not the baby would be able to loosen the tie in his neck with his hands.

It is said that instead of providing safety and comfort levels,  it is increasing the risk and danger to the infant more between the age group of four to nine months. These crib bumpers are found to lower down the airflow while increasing the risk of sudden infant death as the infant re- breaths the stale air.

It’s evident through the reports of health Canada that the injuries are not likely to be serious as and when infant’s limbs are entered into the slats, this is because the infants would try to either remove the limbs themselves or make noise for the parent to rescue and help.

Are the newly made Crib Bumpers Safe?

It is said that while one removes the crib bumpers it will remove the benefits it provides which would be the cosy comfort level, prevention from bumps or even the marks caused on the little hands and legs by the slats of the crib. It is understood that if such bumpers are made through proper research meeting all the required standards then yes they can be an option for use of such bumpers.

The traditional crib bumpers were without a doubt were the dangerous ones. For a better experience, the manufacturers have started making mesh bumpers, these bumpers allow better breathing as the material they use is the breathable mesh and thus these breathable crib bumpers are safer than the conventional ones accompanying the comfort level.

What is the solution to this issue?

While the parents are worried about the limbs of the child getting stuck within the crib, it is recommended that one can attach a bumper outside of the crib or might even not do that either. As the safest thing researchers quote is to “attach a crib mattress with fitted sheets and a sleep stack”.

Also, there are lightly padded tubes zip available which are made to cover individual crib slats and thus it allows ample amounts of airflow through it.