The Royal Elites In Bollywood! 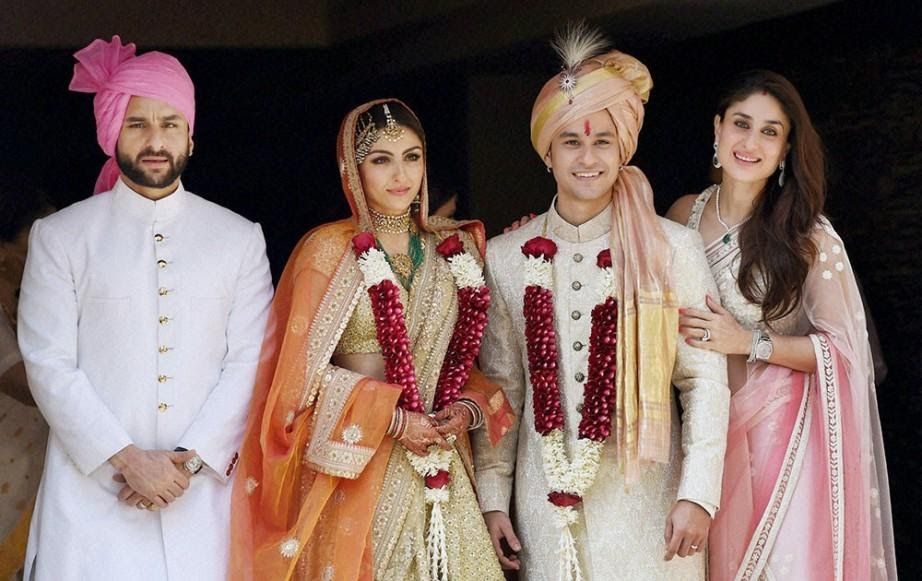 The Hindi Film Industry, or as many prefer to call it, Bollywood, is one of the largest film industries globally. Therefore, it has significant soft power over many people. Bollywood began its journey in 1913, with the release of its first feature movie, Raja Harishchandra. It attracted people from all walks of life, even the royals.

Patriarchy has always left women in dire straits. Stepping into movies and hailing from a royal family at the same time was a total catch 22. There were Zero actresses from royal families. However, with the advancement in time, people became more open-minded. Bollywood was more than welcoming to everyone who wanted to exhibit their talents on screen. Satirically, considering the current dynamics, one has to hail from the royal Khan, Kapoor, or Bhatt dynasty to get into show biz. Phew! How time flies, no?

Anyhow, during the hard times, many strong Bollywood actresses with royal blood in their veins showed a middle finger to the patriarchy and proved that women and talent can’t be confined within four fancy walls. Sorry, not sorry.

Here is a list of actresses from royal families:

The infamous Rang De Basanti actress, Soha Ali Khan Pataudi inherits the genes of the Pataudi family. An Indian dynasty of nawabs who ruled the province of Pataudi. Mansoor Ali Khan, who also captained the Indian national cricket team earlier, was her father. He was the ruler of the Pataudi Clan until he died and bequeathed his title to his son, Saif Ali Khan Pataudi.

Sara Ali Khan Pataudi is a very famous and loved millennial actress. She has been trending on social media even before she stepped into the show biz. All credits to her beautiful royal genes. She is a very buoyant and ebullient person. She is the daughter of the current ruling Nawab of the Pataudi dynasty, Saif Ali Khan Pataudi.

The big showstopper of Fashion shows and Bollywood movies, Aditi Rao Hydari is one hundred percent royal. Both her parents come from two different royal lineages. Her father hails from the Muhammed Saleh Akbar Hydari dynasty while her mother comes from the royal reign of J. Rameshwar Rao, former king of Wanaparthy.

This Bajirao Mastani actress who played the part of royalty on the reel belongs to the royal family for real. She has never failed to make a statement about her fashion style and ace acting skills. She is a royal fashion icon who always rules the fashion runways with grit and grace, like a queen.

The famous filmmaker Kiran Rao, who is married to an actor famous for his unconventional script collection and is a member of 300 crores rupees club, Aamir Khan, is also royalty. Kiran Rao and Aditi Rao Hydari are first cousins. Kiran Rao is the granddaughter of the former ruling king of Wanaparthy, Mahabubnagar district of Telangana, J. Rameshwar Rao.

The Nepal origin actress, Manisha Koirala has starred in many blockbuster Bollywood movies like Dil Se, Mann, Bombay, etc. Besides being naturally gifted with her acting skills, she has been lucky to be born in a royal family too.

She is a royal persona belonging to a very famous Brahmin royal family in Nepal, the Koirala Family. Her family has a lot of political prominence in the country as well.

She is the granddaughter of the former prime minister of Nepal, Bishweshwar Prasad Koirala. Her father Prakash Koirala is also in politics and is a former Minister of Environment, Science and Technology in Nepal.

The recipient of the Filmfare Award for Best Female Debut for one of the most popular movies of Bollywood in the 1980s, Bhagyashree is an actress coming from royal families. Bhagyashree’s performance as Suman in the movie ‘Maine Pyar Kiya’ opposite to Salman Khan was stuck in everyone’s mind.

Bhagyashree happens to be the eldest daughter of the three of the current ruling Raja of Sangali, Kolhapur, Maharashtra. Vijay Singhrao Madhavrao Patwardhan, her father has been ruling the province since 1965 to date.

Sagarika Ghatge who ruled the movie screen and charmed everyone with her performance in Chak De! India in 2007, was born with a royal golden spoon in her mouth.

Wife of Indian Cricketer Zaheer Khan, who is mainly known for her debut opposite of the king of Bollywood, Shahrukh Khan, is a princess herself. She is the daughter of Vijaysingh Ghatge, descendent of Shahu Maharaj of Kolhapur. She inherits her royal genes from the royal clan of the Kahal family of Kolhapur in Maharashtra.

The gorgeous and stunning model, actress, and singer, Sonal Chauhan is a part of the royal clan too. She has worked in Telugu and Hindi Films and swayed away everyone’s heart. She was the crowned winner of the Miss World Tourism 2005. However, her royal background links her to the infamous Rajput family of the royals.

Daughters of Moon Moon Sen, a celebrity of the Bengali Film industry, Riya Sen and Raima Sen are one of the actresses who come from royal families. Their father Bharat Dev Verma, belongs to the royal family of Tripura. The Sen sisters’ ancestors belong to different lineages of royal families.

They have quintessential genes of acting and royalty both. Undeniably, the perfect blend has resulted in the skills they offered to the industry and society.