The New Age Women Are Not Reluctant To Be Cab Drivers 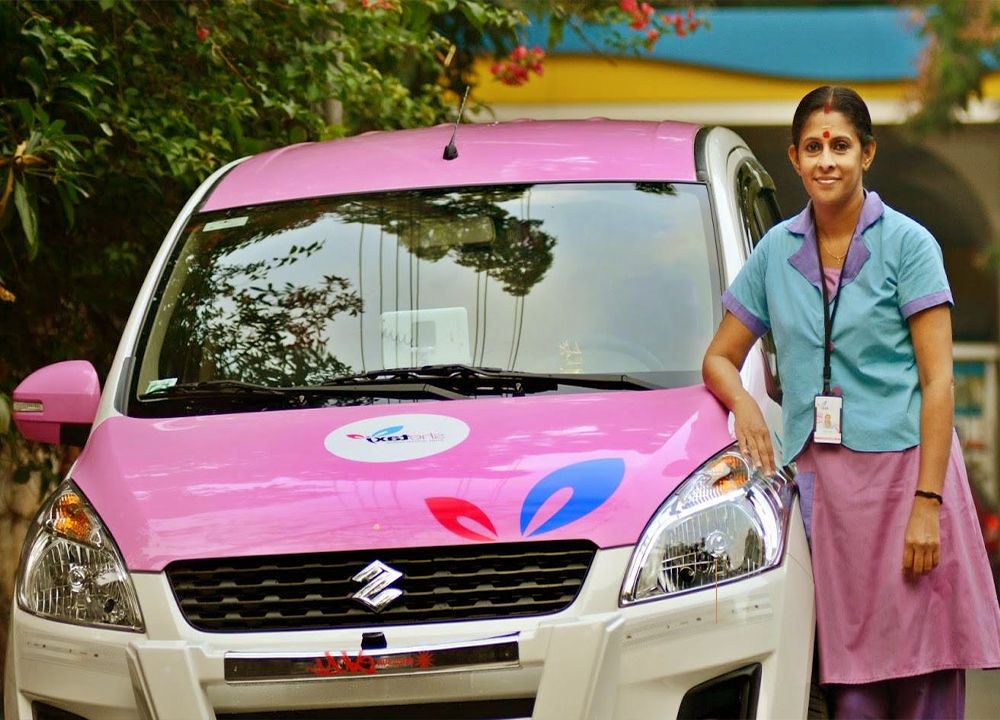 Ever saw a woman riding a bus or public transport?? Always thought such things are meant for the masculine crowd?? Well, it’s not the case anymore because women have taken over in these areas too. A restricted woman is a mere myth these days, mentally and physically both. Women empowerment is something that has seeped down well in every section and level of society. Our economy has become much more gender-friendly owing to which India has got assented to 129th rank in the HDI index provided by the United Nations!

In the recent past, a woman namely, Pratiksha Das of mere 24 years who has accomplished her mechanical engineering degree from Thakur college’s engineering department; was seen riding a bus to everyone’s utter amazement. She belongs to Malad, Mumbai. Having had a courageous soul, she chose to get trained to drive public service transport. She pursued this course from Brihanpuri Electric Supply and Transport which is famously known as BEST. Not just that she can only drive a bus, but she is also a biker of immense passion. Shunning away the stereotypes behind females, she is the first one of her own kind to have pursued such a course.

Initially seeing her there in the drivers’ queue, some officials quoted “We all are tensed. Will she even be able to drive this bus?? It requires strength but the main concern is whether she will even be able to turn a wheel.” But being the lady of her choice she unshackled herself out of all the societal judgments and dogmas. When Pratiksha was interrogated about how she felt being behind those big round tyres, she answered that “It is something mastering which has been my dream since long. My love and passion for such heavy commercial vehicles isn’t something newbie. This journey started from bike riding, then it got assented to big cars, and now I am all set driving buses and trucks. And of course, I chased my dream so, it feels amazing.” Really she has been a trailblazer for all the women out there who have unlimited and unrestricted dreams, who feel that rising high to the zenith is not just a task meant for men to excel!

Having said that, we have yet another instance of Shanno Begum, a cab driver! Sounds strange yet again?? Well, our ears should get immuned to the same now! Shanno Begum is a single mother. Having worked as a culinary worker in houses, and as a caretaker to sail off her children’s educational boat, she is now a successful cab driver. She pursued her driving course from Azad Foundation as they were offering it free of cost in India’s capital. It was a six months tenure which made her set her foot on those clutches and brakes! When asked about her journey throughout this she said “I found it a little risky as joining the same meant not earning a single penny for those 6 months straight. But all I knew after that was the fact I will not have to work on an irregular basis. “

She further quoted that “being a driver, even after being illiterate at least I have a definite job as well as, I am respected by my customers.” Given such things, all one can conclude is the fact that women are nowhere less than what men are! Right from a bread earner to a driver she can be anything and everything to her family & her kids. The stereotypical notions which make her withdraw her steps from the social realm are mere taboos that we women know very well how to bust them off!

Salute to all such trailblazers!!!