The Classic Hot Tea Toddy and Its 9 Variations 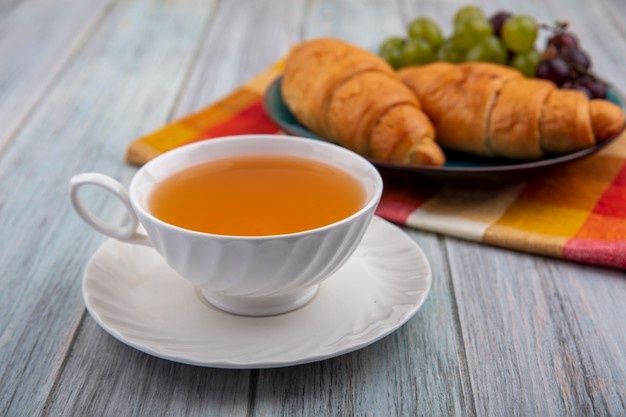 The combination of tea and alcohol? Sounds interesting, right? The Hot Tea Toddy cocktail is a blend of both tea and liquor and works just fine for us. Are we tea enthusiasts? Definitely! Hot Tea Toddy is perfect for those chilly winter afternoons that make you crave tea. Getting the perfect amount of your favorite liquor along with it would warm your body and heart at the same time. The Hot Tea Toddy recipe is very simple and the ingredients are honey, lemon, tea, and a base liquor. As you may have figured, such a recipe can be modified in several ways and new varieties can be tried out. This article aims to do the same and we’ll provide you with a fair idea concerning the classic Hot Tea Toddy cocktail and some of its variations. Read along!

The Hot Tea Toddy is known to have originated in the 18th century with ingredients same as the ones used in the original version now. However, the liquor used was different in different countries. Brandy or rum was used in the United States, Irish whiskey in Ireland, and scotch in Scotland. Its medicinal properties had been acknowledged since its inception and this is one of the main reasons for its subsequent popularity. The recipe belongs to Jacques Bezuidenhout, a bartender from San Francisco.

This Hot Tea Toddy recipe acts as a basis for all its variations. Some of its older and stauncher admirers prefer to stick by it and consider it the best of the lot.

Let’s have a look at the ingredients.

Here are some of the 9 variations of hot tea toddy:

The Hot Apple Toddy elevates the goodness of Hot Tea Toddy by a notch due to the presence of Apple Cider vinegar. Apple Cider Vinegar is known for its immunity-boosting and weight losing properties among many others. This is one of the healthiest cocktails. The only difference between this version of the Hot Tea Toddy is that it contains a cup of apple cider vinegar, instead of boiling water.

This is quite similar to the Hot Apple Toddy except that it consists of cinnamon schnapps in it that give it the dominating flavor of the cocktail, that is, cinnamon. It is extremely beneficial for your nose and throat during the cold months.

Honey can also be added for making it even healthier and adding to the richness of its flavors.

An alternative to the classic recipe, Hot Gin Toddy is a cocktail that doesn’t contain tea. The boiled water is added and the gin gives rise to a flavor quite similar to that of tea. The magic ingredient in all Hot Tea Toddy cocktails is the immensely beneficial warm water. The other ingredients and steps are the same as the original one.

Highlight of this cocktail? Orange liqueur. Rum, lime juice, hot water, and orange liqueur are the necessary ingredients. This drink has a fruity, citrus flavor. The boiled water can easily be replaced with herbal tea or any other flavored tea that would go well with the rest of the ingredients as well, for making its variants.

This particular cocktail features raspberry rose tea instead of regular tea and gives it an exotic flavor, combined with gin and lime. Honey is also essential.

Green Tea and peach schnapps are the new additions to this cocktail. Warm water, bourbon, lemon juice, and honey are the remaining ingredients. You don’t need to worry about the health factor, given the usage of green tea.

Variant of the previous Toddy, Mint Tea replaces the Green Tea and Brown sugar is added. Brown sugar is a healthier alternative to regular sugar or sugar syrup. Honey may or may not be used depending on sweet preferences.

After all the fruity and herbal flavors, it’s time to explore the floral flavors. Chamomile tea is the key ingredient and pairs amazingly with bourbon whiskey. Chamomile tea is known for its qualities associated with speeding up the sleeping process. Therefore, now that it’s paired with alcohol, you are sure to have the best night’s sleep. Lavender bitters are an interesting addition to the recipe.

We have focused on the most suitable drink for those who do not prefer chilled drinks because of throat-related issues and infections. Cocktails like the Hot Tea Toddy can soothe their discomfort instead of aggravating it. With so many options at hand, it’s up to you to fish out the best available option for yourself or even try your hand at creating something new by making a few changes here and there. What are you waiting for? Get started right away!