Teen Shows To Binge-Watch This Weekend 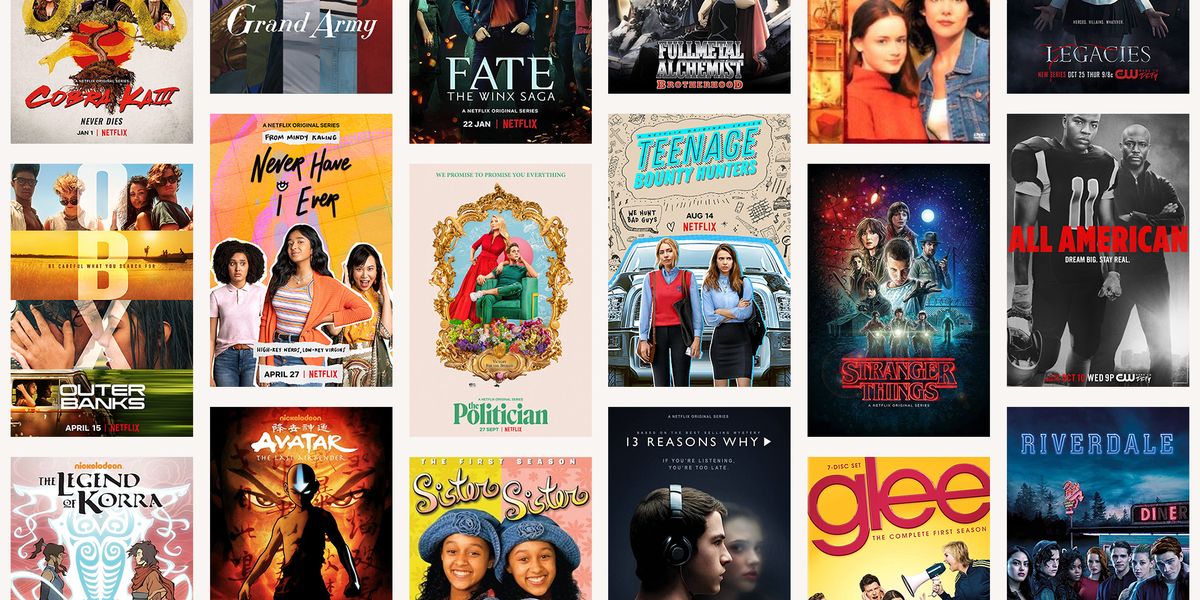 Are you now browsing Netflix in search of a new show to binge on? The good news is that you've arrived at the right place. Whether you have completed high school or preparing to enter one, there are a lot of great shows for teens that you can watch right now on Netflix, Hulu, and other streaming services. Teen shows have had a huge impact on our lives, from dramatic dramas to wonderful laugh-out-loud sitcoms. There's a teen show out there for everyone, especially if you're looking for something for the whole family to watch. In this article, we have jotted down some of the best teen shows to binge watch this weekend. So let's get ready for the entertainment ride below.

Here is the list of the most liked teen shows that you can binge watch this weekend with your family and friends.

1. Never Have I Ever

Never Have I Ever on Netflix is one of the best teen shows to binge watch this weekend. You will be blown by the sheer genius mind of the main character of the show Devi. After her father's tragic death, teenage Indian-American Devi Vishwakumar (Maitreyi Ramakrishnan) moves to California with her mother and aunt to live with them.

During her freshman year, she struggles to deal with the loss of her father. In the midst of all of this, she's dealing with a tumultuous relationship with her mother and an uphill battle in school.

Mindy Kaling wrote the script for "Never Have I Ever," and the plot is based on memories from her own upbringing. The IMDB rating for the show is 7.9, and it has garnered a positive reception from the audience.

The mystery teen show "The Society" is about privileged teenagers and their parents in a wealthy town. Mysteriously everyone vanishes in the show without a trace.

There is turmoil, murder, and uncertainty as the high school students are trapped. Despite the lack of electricity and the scarcity of food, there is no authority, and there is no way to communicate with anybody outside the town.

The final episode of the season left the viewers with many questions. The fans of the show are currently waiting for the release of Season 2. This is one of the best shows to binge watch if you are a mystery show fan.

"Stranger Things" continues to be an unabashed celebration of the 1980s, from its own filmic references about style and story to a parade of literal references from the decade. This Netflix show is among the best teen shows to binge watch this weekend. It features a feisty group of kids and teens who fight monsters and visit the mall. It's a mix of a nostalgic dream and a horror movie. However, the show's carefully constructed aesthetics always enhance the joyous quality of the show's non-monster moments, regardless of the time of year. And that's where Stranger Things really shines, in our opinion. Although the creepy component is significant (and occasionally scary or highly nasty), it serves as an almost comical contrast to the mainly upbeat view of suburban life. Stranger Things is excellent because of the friendships and coming-of-age stories, as well as the connections and family bonds.

"Free Rein," a British teen drama on Netflix, is one of the good shows to binge watch with friends. On a little island off the coast of England, a 15-year-old girl from Los Angeles named Zoe arrives with her mother to spend the summer with her grandfather.

On the island, she meets other stable girls who take care of their horses. She struck up a friendship with a wild horse named Raven while she was on the island. It has a lovely concept and is suitable for the whole family.

It's a charming narrative about the importance of friendship, community, and the simple pleasures of life in the country.

One of the best shows to binge watch on Netflix is Sex Education. It touches on a delicate and essential topic in a novel way. The title itself tells it all: it's amusing, sincere, responsible, adult, and a lot of fun.

It's a high school comedy about a socially awkward kid named Otis, played by Asa Butterfield. Otis doesn't talk about sex with his mom, but he is a fantastic source of advice for others, and he makes money doing it.

In Sex Education, Ncuti's portrayal of Eric is a beam of sunshine. He is Otis's best buddy, and he is proud to be gay. Despite his difficulties, he never stops laughing and being friendly with his pal.

This is not a vulgar show at all, despite its obnoxious-sounding name.

Elite, a Spanish teen thriller drama series, is one of the most compelling and best teen shows to binge watch this weekend. The story opens with three working-class teenagers who obtain a scholarship to attend a private school designated for the town's affluent residents.

There is tension between the more affluent pupils and those from the working class for obvious reasons, but there is also romance.

The story's theme, "Elite," explores contemporary teen issues, including competition, love, and friendship, as well as includes the cultural angle. In addition to being a well-written script, it features a strong cast of young actors.

In addition to becoming one of Netflix's most talked-about shows, 13 Reasons Why is also one of its most controversial shows. Bullying in high school in America is the primary focus of the series.

Katherine Langford portrays the role of Hanna, a young woman who takes her own life after being bullied and raped by a classmate.

The story then moves on to each teen character's perspective of the story, their life both inside and outside of school, and so on.

The show was heaped with unnecessary criticism and disapproval in the initial season. After two seasons, it becomes clear how detrimental bullying is to a high school student's psychological well-being and mental health.

Drug-related issues have also been discussed. Justin Foley, a drug addict, caused irreparable harm to his own life. This is among the best teen shows to binge watch this weekend.

So these are the 7 most popular and best teen shows to binge watch this weekend. Therefore, select the one which attracts you the most, grab some popcorn, call your friends and enjoy the series.