Feminism Is A Movement For Equality: Film Critic Sucharita Tyagi 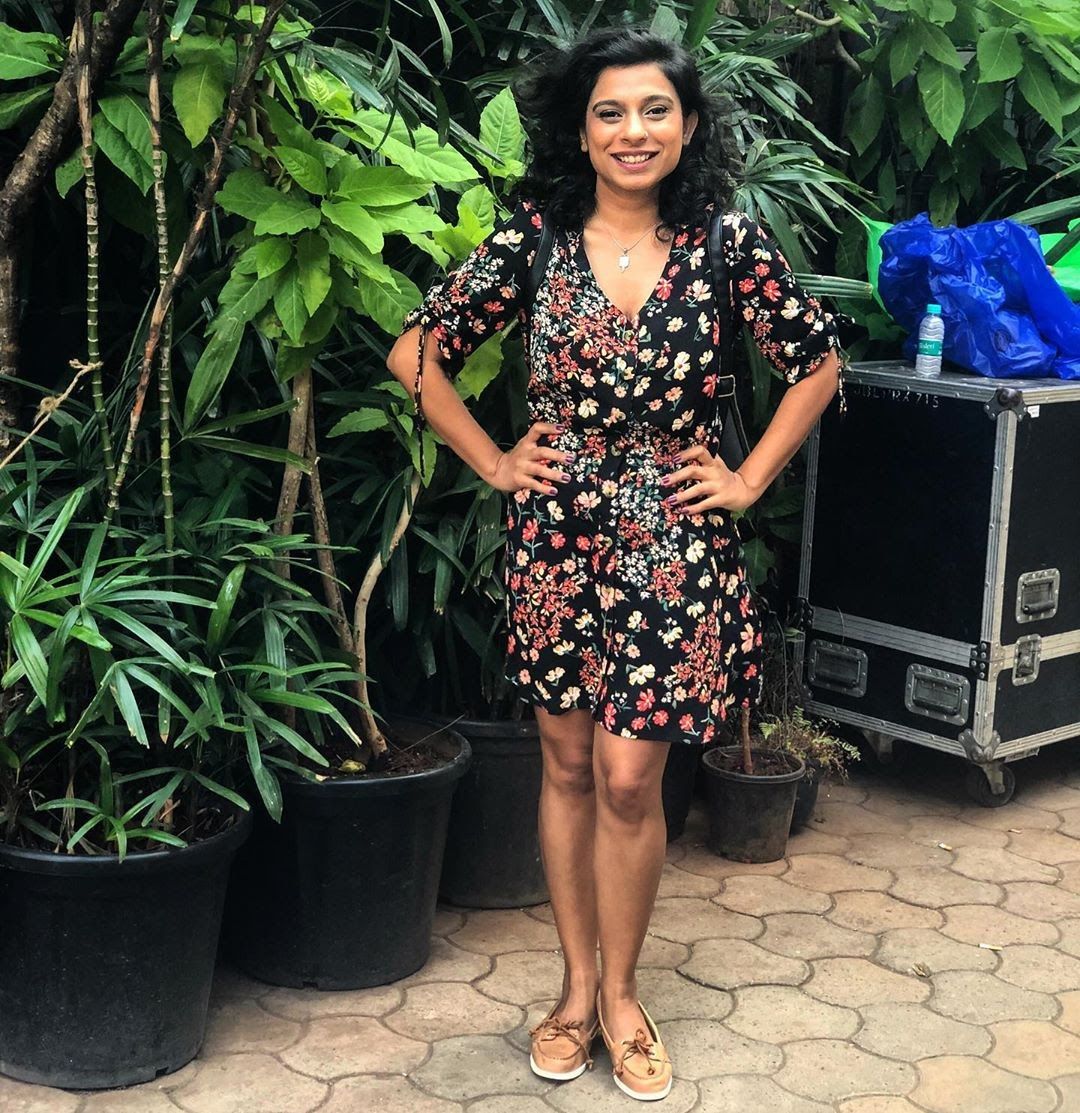 If you are an ardent lover of films then you must be aware of ‘Not a Movie Review’ and the gorgeous lady who stuns everyone with her unique style of film reviews. Yes, she is Sucharita Tyagi- the former radio jockey turned film critic and writer!

Sucharita loves movies, and it was her love for the magic in movies that made her start the famous show, which earned widespread recognition and love from the audience. The content creator connects with the Voice of Woman to share her favourite movies, her inspirations and on feminism.

I chose it because of my love for movies. I think films are essential and impactful, and the responsible and respectable conversation around films and cinema of all kinds is also necessary for society. Films are a medium that I always wanted to contribute to, and that is what I am doing.

Your ‘Not a Movie Review’ is much simplified and gives a lot of insight into the new releases. Tell us about it.

‘Not a Movie Review’ is running for five years now and it is a thing I started with Film Companion as we wanted to see the scope of talking about cinema from my point of view.

The show worked and is receiving good responses from people; they seem to enjoy interacting with me and the show.

The show also evolved over the years, and I too evolved as a writer and presenter. The ‘Not a Movie Review’ experience has been a learning curve for me and has allowed me to self reflect a lot over time.

Everything inspires me, cinema being the primary inspiration. It is because making a film is such an incredible achievement!

A film is an effort of several people coming together, their hard work and the years that go into making a film and bringing it out for the audience to enjoy- that is one of my biggest inspirations! To witness something like that is an enthralling experience in itself, so films inspire me.

What are the challenges you face in your work if any

Challenges exist everywhere; there are all sorts of challenges in life. Right now, we are in a pandemic, and everything is a challenge. It is primarily about trying to make sure that whatever message a person wants to give out, reaches the masses effectively.

Things have a way of getting lost on the internet, so one needs to carefully manoeuvre social media, understand and learn the proper way how it works so that it can be used to spread the correct message. Those who understand it are the ones who experience some level of achievement.

Of all the movies you have reviewed, pick three favourites and share with us.

Of the recent ones, I saw I like Tummbad very much. It is a fabulous film and a great achievement in filmmaking. I also liked Harry Potter and the Prisoner of Azkaban.

Tell us about the two worst movies you have reviewed, according to you

There are many of those. If I have to mention two, one would be Kabir Singh which I immensely disliked. And another one would be Saaho which had a terrible production.

Tell us about your interests other than your profession

I discovered a talent for cooking. I like doing that and have been trying to cook all kinds of elaborate dishes. I love reading books very much and also playing online and physical board games.

It is as tough or easy as it is anywhere else.  Some people have it easier than the others; their privileges make sure it happens more comfortably.

I had it easier than some other people, and because of different privileges, some other people had it much more comfortably than me. In the end, it entirely depends on who you are and your connections.

In our country, primarily, every system functions due to unfair privileges the people have, myself included. It entirely depends on who you are, where you’re coming from and what your life is- that makes it easy or difficult in comparison to your contemporaries.

What is your take on women empowerment? Do you see a change in society when it comes to empowering women and giving her the basic privileges

Women empowerment is a movement. It is a generational system change that started centuries ago, and it would continue to happen centuries after we are gone. Systemic change is not easy; it is the difficult battles that are hard-fought and won.

I consider myself to be very fortunate and privileged to be a part of the movement in some small way, and in my way. If women who watch my content, read my writing or watch my reviews derive any measure of strength, solidarity or community from my work, then to me that is a good step. We all are in this together.

Also, more education about casteism, politics and feminism is required to sustain the momentum of the movement in India right now, and it is getting better even though there is still a long way to go. There are several strong amazing and incredible women out there who are making the right noise!

Nowadays anyone talking slightly in the favour of women and their liberation are branded as ‘feminists’. Do you think ‘feminism’ is an overrated or underrated word

Feminism is not overrated or underrated- many people misunderstand feminism. If we are calling more people feminists, then that is a good thing, we should all be feminists. Feminism is a movement for equality, basically society construct of what gender roles are supposed to be.

It is a movement to undo arbitrary rules which don’t make sense. It takes generations to make the tiniest bit of change. We are reaping the benefits of women who came before us, and the women who will come after us will reap the benefits of this generation. So if everyone becomes a feminist, there is nothing wrong in that.

There has been a sudden uproar over mental health among everyone when until just a few days back, it was one of the most’ brush it under the carpet’ issues. What’s your view on that

The more conversation you have on the topic of mental health, the better it is. Because it is the topic that has been taboo at least in India forever, people don’t openly talk about taking therapy, going to a psychiatrist or finding therapists online.

How would you describe your style statement

Which is your favorite hideout

I don’t have a favorite travel destination. I like to travel to different destinations and places. At present, I can say Goa because of its ease of access.

Thanks for watching, thanks for liking and thanks for having conversations with me, and let us keep talking!