Struggles Of Being A Black Token Girl 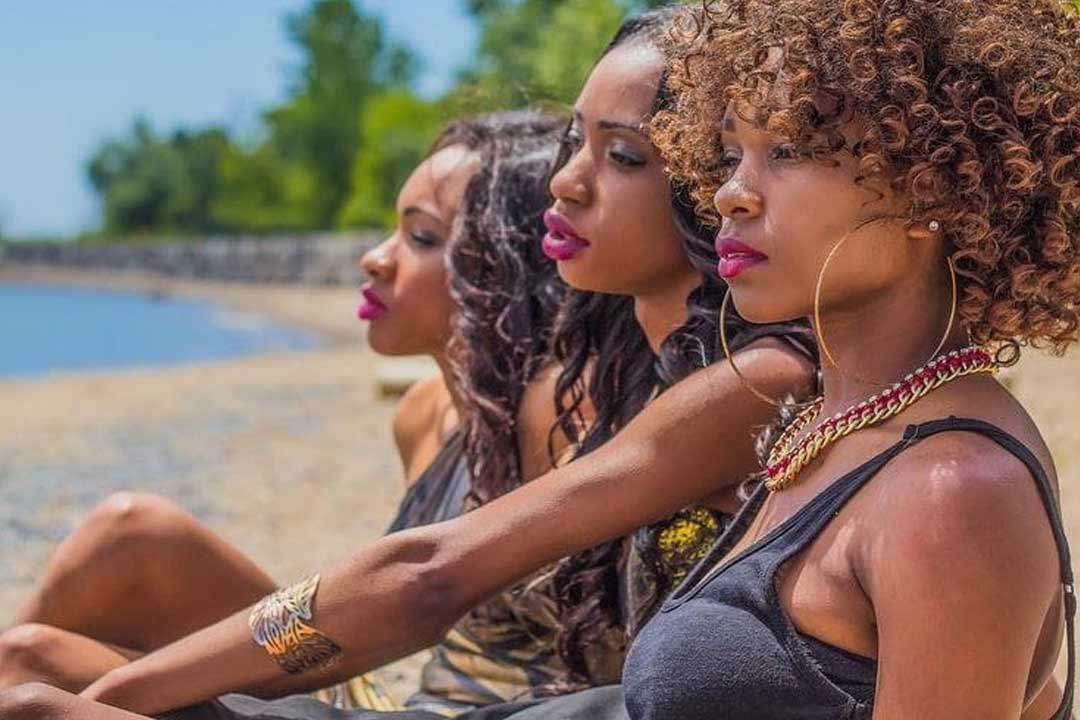 The inclusion of someone from the minority community to show a sense of inclusion and for the sake of ‘forced diversity’ has been eponymously termed as the “black token girl”. The word black here was derived for the black African-American people and the word token symbolizes the little bit of identity that is given to them by the whites so that they do not consider themselves left out. In this context, we can also now consider those people who are given a little consideration as a favor by the majority in a group.

This phrase, the black token girl can be seen in all countries in the world and the person has to put up a hard struggle to overcome it.

The cosmetic industry caters to this archaic mindset, with its products aimed at people with a lighter hue. Having a darker skin tone leaves a cloak of inferiority which engulfs a black token girl. Others will never be aware of the woes and personal struggles a black girl has to face daily.

Skin tone: It has been deeply engraved in the minds of people that a fair skin tone is far superior to a dark tone. The popular opinion relates beauty with a lighter skin tone. There is no much option to what beauty products can be used to enhance their beauty.

Beauty products: One of the main struggles is to find the right beauty product like foundation, eye shadows, lipsticks that would enhance the beauty of their features.

Right outfits: The popular opinion dictates the way women of colour should dress and this dictum prohibits them from wearing bright coloured outfits. Thus, choosing the right outfits can also become problematic to them.

Fuzzy hair: Women of African descent have a hair type which is known as Type 4 and it is extremely fizzy, wiry, and fragile in texture. The fuzzy short hair is a predominant feature of the African girls. The densely curled hair gives them a unique appearance. Maintaining their tight curls can be painstaking and time-consuming. It is difficult to imagine the discomfort of sleeping with long braided hair. Sometimes they are subjected to awkward questions regarding the texture of their hair and hairstyling.

Wigs: Most of the women often wear wigs to hide their fuzzy hair and people are more impressed with their looks in straight hair.

Washing their hair: Usually it will surprise people that it takes a whole day to wash and pleat their hair. They also have to use hot iron combs to straighten their curls and a toothbrush to apply the gel on their hair. All these hurdles can make a person feel dejected and outcast.

Twerk: The now popular and expressive dance form – twerking is a type of dancing which was first started by the African diaspora and this stereotype makes them subject to unwarranted objectification in public gatherings.

Lips: The full lips of women on colour is a matter of envy for many but their natural pout is often stereotyped in many situations and it also a talking point among their peers.

Young black girls are often considered more mature than their actual age especially when compared to their western counterparts. They are often subjected to their greater scrutiny and harsher punishments. Unfortunately, the discrimination started from the early years itself.

There has been a long history of struggle from slavery to independence. In earlier movies, black actresses were often relegated to minor roles and typecast into the roles of house help and nurses. They also did not receive theirs due recognition and credit for their performance.

Challenges faced by black women in the field of entertainment

Hattie McDaniel was the first African – American actress to win an Oscar in 1940. The film ‘Gone with the Wind’ which was honoured with 8 Oscar awards. Although she won the award she could not receive it on stage because it was a whole ‘White Area’ where the awards were being held.

Nyakim Gatwech is a famous model from Sudan. She recounts an untoward incident wherein a cab driver suggested that she gets her skin bleaches for $10,000. But she said she was used to such questions from the people about her skin tone and did not find anything unusual about the driver’s advice.

Another noteworthy woman, who has achieved immense success and fame worldwide, did not have an easy journey in the beginning. Naomi Campbell was the first African- American model to feature on the cover of American Vogue and recalls her earlier struggle and narrates how she was always put at the back of the stage because the stylists got irritated while doing her makeup and hair. Because of being black, she was also not being booked for definite shows. Throughout her career, she understood that being black required her to put in extra efforts and be twice as good as anyone else.

Lupita Nyong’o, A Kenyan – Mexican actress and the author, relates her tale when she was young her teacher used to tell her that she looked too ugly to find her love. She was disappointed by her skin tone and always prayed to God for lighter skin. But she finally got motivated by seeing a familiar woman onscreen in the film ‘Colour Purple’ and by her mother’s motivation.

She eventually decided to stop hiding from others. She acknowledged that natural beauty is the best. She always managed to give an outstanding presentation of herself and this made people accept her ability to stand on the Red Carpet. She was the first Kenyan-Mexican actress who won an academy award.

Zozibini Tunzi is a South African model who won Miss Universe 2019. Many of the stylists in the pageant recommended her that she should wear a wig. She explained that people were used to seeing Africans in wigs but not in their natural hair. She wanted to show that her hair was different but beautiful too.

Being a black token woman in sports

Black token girls have to face a lot of problems in the field of sports too. Mainly it is due to the difficulty in handling their hair. Managing hair takes a lot of time.

Venus William has won 4 Olympics gold medals, she has 16 grand slam finals at the Wimbledon and 14 grand slam Women’s doubles titles with her sister Serena William. Because of being black, she had faced biased treatment from opponents, crowds and even sponsors. She had to face a lot of struggle to play professional tennis.

Many of the sponsors rejected her for a woman of colour and were not that much supportive. She realised that it was very hard for her to enter in a sport in which there were only successful whites. She inspired many by her words by telling them they can achieve anything if they have the passion and will for it.

People taunted her that she should not be an athlete when it comes to her natural hair. She avoided social media because it had a lot of negativity. Later on, she learnt to ignore all that people said about her and appreciated her hair just the way it was.

A black token girl has to face tremendous hurdles in achieving her goals. She has to finally realize that beauty comes from within and she should refrain from getting intimidated by views hurdled at her randomly.

Skin tone does not matter, it’s all about who you are from inside, your values and how you understand and accept them as a god’s gift. This would be the first step to find your unique self.

Also Read: Most Beautiful Black Women Who Transformed The World