Stage 2 Lung Cancer: Be Prepared To Fight It! 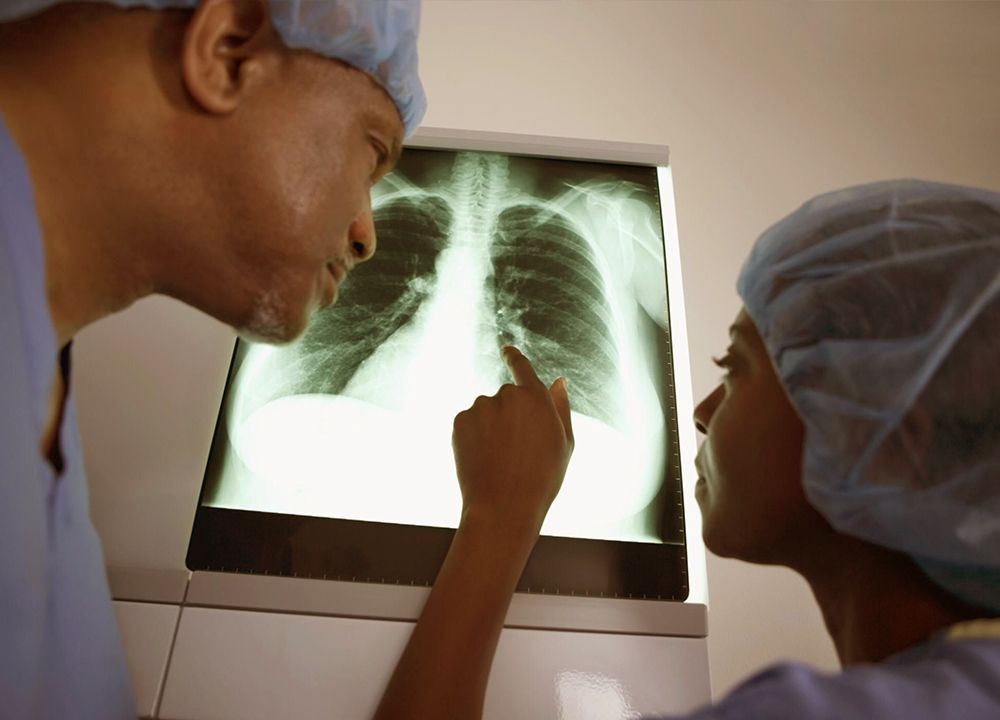 Lung cancer is when cancerous growth is detected in either one or both your lungs. Staging is done to assess the impact of lung cancer on the body. It helps the doctors to foresee the possible outlook for a person who has lung cancer and helps them to make the best treatment plan for the patient.

In this article, you will find out what is stage 2 lung cancer, types of lung cancer, it’s symptoms and treatment.

Read on to know more about this frightful disease!

What Are the Different Types of Lung Cancer?

The stage of lung cancer is determined by several factors which include:

The lungs are large so the tumours can grow inside them for a long time before the lung cancer is diagnosed. The symptoms are usually coughing and fatigue, so most people mistake it for other health conditions, due to which it becomes difficult in assessing even the first stage of cancer.

Stage 2 lung cancer or Non-Small Cell Lung Cancer refers to cancer that may have spread from the lungs to the nearby lymph nodes. About 85℅ of lung cancers are non-small cell lung cancers (NSCLC). Stage 2 Lung Cancer happens when your doctor finds one or more tumours in one lung but it hasn’t reached the distant places like bones and other organs. Depending on the size of the tumour and the place of any affected lymph nodes, cancer can be either regional or localised. Doctors may remove stage 2 cancer with surgery.

Stage 2 lung cancer has a staging process which is used to categorize the intensity of the disease. The criteria are on which the evaluation of this stage happens is called TNM which stands for:

In this stage, the doctor diagnoses cancer only in your lung. The tumour is bigger than 4 cm but not larger than 5 cm. It also has grown into an airway (bronchus) or tissues surrounding the lungs. However, the lymph nodes are not affected, no metastasis and part of all of your lungs have collapsed. The lung gets inflamed.

This is the next level or advanced phase of lung cancer. The tumour may not be bigger than but cancer may have reached the lymph nodes or the airway. Your tumour size may have grown larger than 5 cm to 7cm or you may have one tumour in the same area of your lung as your main tumour. Cancer might have reached the chest wall or, its membrane, nerves connected to the diaphragm.

Treatment plans are dependent on the stage the cancer was detected or diagnosed. If lung cancer is at stage 2 and is present only in the lung, then surgery might be the recommended alternative. However, it is dependent on the patient’s condition. If the cancer is on the lymph nodes, the doctor may or may not suggest surgery.

Survival rates based on TNM stage or stage 2 lung cancer is the approach which matches stage to the survival. Experts talk about the 5-year survival rates. It refers to the probability of the person surviving for 5 years after the diagnosis of lung cancer compared to someone who does not have cancer. The following stages are used to estimate the chances of surviving 5 years or more after the detection of the small cell or non-small cell lung cancer:

There can be many factors that affect survival rates. It can vary from person to person, some are modifiable and some are not. The factors include age, sex, performance status, smoking status, type of lung cancer and type of surgery.