Smriti Mandhana with 2000 ODI Runs, Set up a Milestone 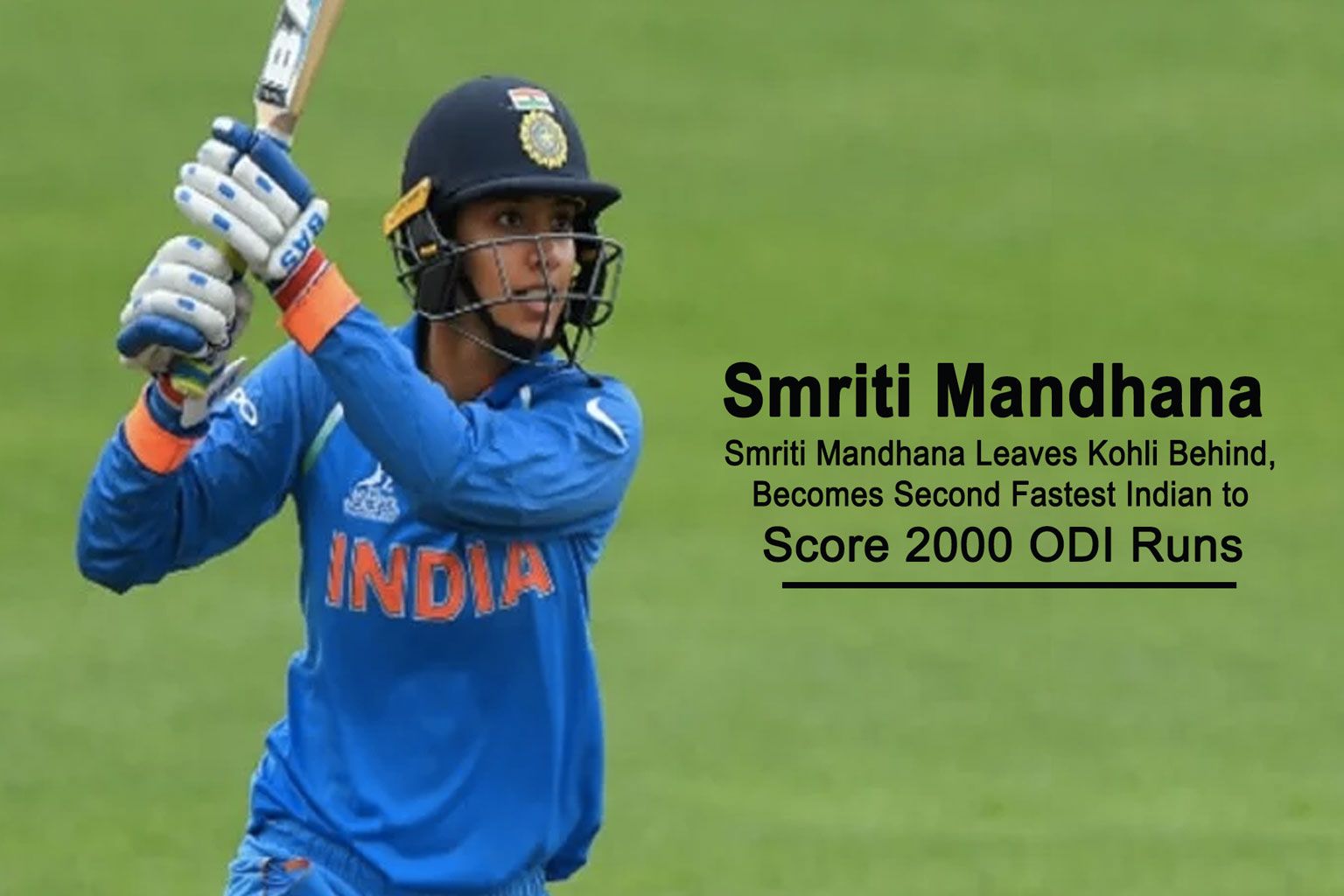 Smriti Mandhana has created history by becoming the 3rd fastest woman cricketer and 2nd fastest Indian to score 2000 runs in final ODI against West Indies at Sri Vivian Richards Stadium. The left-handed batswoman of the Indian women’s cricket team bagged the feat during the third and final ODI which India won by six wickets. Smriti Mandhana established a 74 run knock and alongside Jemimah Rodrigues, stitched a 141 run opening partnership as Indian eves chased down the 195 run target with ease, thereby clinching the three-match ODI series 2-1. Smriti Mandhana with ODI score set up a milestone.

To reach the 2000-ODI run mark, the 25-year-old Smriti took 51 innings to reach the peak of the third-fastest woman cricketer after Belinda Clark and Meg Lanning. At an average of 43.08, she has till now scored 2,025 runs in 51 ODIs. She has scored four centuries and 17 fifties till now in her ODI career.

Shikhar Dhawan is the only Indian to have such a record of 2000 runs in over 50 overs Women’s cricket. He reached this landmark in 48 innings. While Virat Kohli touched the mark in 53 innings. Smriti Mandhana hence proved that it takes courage to set the milestone in a male-dominated game, where she has touched the league of the veterans. She is among India’s best women’s cricket players.

Smiriti Madhana had originally been named both in ODI and the Twenty-20 International squad. But, she was on sidelines due to a toe injury that kept her from playing the home series against South Africa. On returning, the star opener added another feather to her cap. This shows her dedication toward her performance that made India proud. India is currently third in the ICC Women’s Championship chart behind Australia and England.

The vice-captain of India Women’s National Cricket Team has been a trailblazer for women’s cricket in India. In an interview, Mandhana said “ I am fortunate that I come from a family that never distinguished between a boy and a girl. I had the freedom to choose my entire life and have been supported throughout by my entire family”. She added,” women are made to conform to a set behavioral pattern and I fit into none of them as I took up a sport, which is to date called a gentleman’s sport’. However, when you step out into the world it seems to be very different.”

Mandhana’s foray into cricket, a sport followed like a religion in India, began when she was six years old. At the age of 9, she was selected into Maharashtra’s under-15 stateside. She is the best woman cricketer in India. Smriti Mandhana’s journey is also exciting. A girl from Sangali, Maharashtra, Smriti was passionate about cricket from early childhood. As a 4-year-old child, she used to wait for her brother’s training to end so that she could get a chance to play. She loves to open the innings and she doesn’t enjoy any other number.

Rising above gender-based social conditioning, Mandhana chose to rise above the protocol of Indian society. She made choices with no compromise and today shines like a star. A great quote by Mandhana says “I only see myself as a cricketer. Why should there be labels when none are required?”