Shilpa Shukla On Her Most Uplifting Role, ‘No Magic Happens Within Our Comfort Zones’

From ‘Bindiya Naik’ in Chak De to ‘Namrata’ in Mentalhood, actress Shilpa Shukla has come a long way and has won the hearts of many!

When the whole world is busy indulging in various activities during the lockdown, actress Shilpa Shukla is at peace, spending time with herself and reflecting on her life and way ahead.

Shilpa Shukla recently wowed audiences with her striking portrayal of an independent and powerful mother in the web series ‘Mentalhood’. In an interview with the Voice of Woman, the gorgeous Chak De! actress opens up about Mentalhood, her journey and her me-time during the lockdown.

Tell us about your journey- from Chak De! India to Mentalhood. How has it been?

This journey started a few years before Chak de while shooting for an international feature film “Khamosh Pani” which went on to win three awards at the Locarno Film Festival in 2003.

They say that life is what happens to you while you are busy making other plans, so my journey was never really planned. It is what it is! And I am grateful to have survived the ups & the downs. It was mostly a case of being at the right place at the right time.

What made you choose acting? Was it always your first career choice?

A play on Meera Bai written by Gurucharan Das, directed by MK Raina, happened to me in high school and worked wonders considering I was a quiet kid. It gave me wings.

Later while I was pursuing my bachelorette in sociology from Miranda House, the theatre became a fascinating world to be a part of. From backstage to onstage that joy was irreplaceable.

Someone saw me on stage, and a film audition happened, and I got the part! I didn’t even know Bollywood for a long time and could not even place Mumbai on the map. It was utterly Choice-less!! And I like that element of “meant to be” about this journey.

The human mind inspires me the most- the rise and fall of emotions. The dance of group dynamics, dissolution of thought processes, the chain of one event leading to another! Everything is inspiring because nothing that we believe is “real” stays. Impermanence has inspired me the most! And I like to contemplate and realise the whole of existence, not part.

It’s funny that when I was in high school and knew nothing about Bollywood; never indulged into movies, nor did I have any craze or crave for any movie star. I would have a recurring dream about Shahrukh Khan knocking and asking me to open the door, urgently.

You see it’s all one big dream. After eight years since those dreams occured, I was called to Mumbai for a film with Abhay Deol. That film didn’t happen, but Chak De happened!  I was clueless about the Yashraj, who are they? Ignorance is bliss sometimes. You don’t anticipate the future because you know nothing about nothing!

Shahrukh felt like a friend from the past with whom you may not talk too much because silences are comfortable. I was very thrilled to work with him. He offered enough space for me to perform. I learnt a lot from him. I asked him once, ‘what is your password?’ He said ‘give every take as if it were to be your last’. That stayed with me.

What attracted you to Mentalhood?

I was on a sabbatical for almost 4-5 years. Travelling and also working for my theatre group in Delhi when I received a call. I did not think about it then.

A month later, when they didn’t hear from me, the director Karishma Kohli called me. And she just said, trust me. That was it! I am a director’s actor, and she just sounded right.

Plus Ekta Kapoor has been a very inspirational being in terms of taking risks and having the courage to experiment from time to time.

Last but not least, Karishma Kapoor, Sanjay Suri, Dino Morea, Sandhya Mridul, Tilotima Shome, Shruti Seth… You know what I mean!! A stellar cast!  What a joy to share & perform together! And then to dive into this phenomenal world of these superhumans called “mother”.

In Mentalhood, you play this perfectionist ‘always to lead and win’ person. How much of the character do you relate to in reality?

I don’t relate to her attitude of lead and win, always. But I can empathise with the character. I am not as much into the technology or material world as Namrata, the character is.

But I relate to her vulnerability. She is likeable because all she is trying to do is survive and thrive in a world supposed to be driven by men. She is the driver of her destiny. She does not depend on anyone but herself whether things go the right way or any other way. She is the 21st-century woman who is continually evolving.

Your role as Rajuben was applauded and liked by many. How easy or difficult was it to portray the role?

Rajuben was like four movies in one. It was way ahead of its time. I am glad that it is back on Sony Liv as a throwback series. I played age 18-65 for the first time; it was very intense and very fulfilling!

After it finished, I felt like a vessel that was used to tell a story and once it was told I was empty. It was one of the most uplifting projects for me. Easy or difficult is a state of mind, but like many, I too believe that no magic happens within our comfort zones.

Tell us about your recent/upcoming projects.

I have been a part of a couple of web series which are very popular. I cannot disclose which ones. Also, movies are happening too. Once we get past the global pandemic, I am hopeful that we would get back to screen with more positivity and earnestly deliver the best that we can for our audience.

How do you manage time between work and personal time?

Work is a meditative process for me, and that’s what I like to do in my time as well, whether it is meeting people, at work or home! I don’t have to manage time because mentally, I don’t feel tied down to anything in particular. I have worked for 22 hours a day for months and felt happy. Also, I work and then usually there is a break which provides me with a sense of grounding and balance.

What are the challenges you face in your work, if any?

Challenges also change with time. Earlier it used to be about ‘image’, ‘type-casting’- that’s why one has engaged in qualitative projects without getting carried away about usual concerns such as visibility, number of followers and popularity etc. The only challenge worth accepting has been the relationship with myself! If that’s good, then the rest of the obstacles are dissolved.

How would you describe your fashion style?

I am not too big on clothes or shoes or jewellery. Once upon a time, I had a massive fetish for shoes and bags. But it lasted for three years, and soon I was free of that as well. Anything that looks beautiful to the eyes feels comfortable and brings a smile to people’s faces would be my fashion style.

Tell us about your interests other than acting.

I like observing things and people for hours and days. I like to write poetry and enjoy singing. I love to dance, especially when there’s a party! With single-pointed attention, I dance because otherwise when do we get to dance our hearts out.

I like to study non-fiction mostly. I love watching the night sky and the Sun and moon in its many phases. I am a hardcore traveller, and I trek every year, meet new people with great familiarity. I love nature. I love playing with children and eating ice creams. 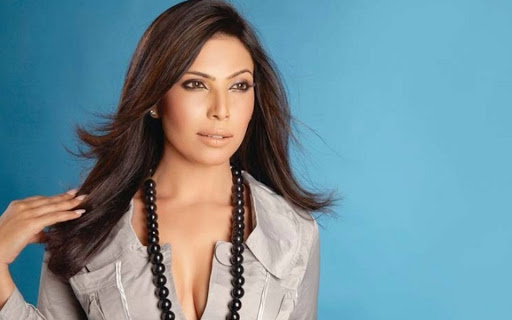 How are you spending time at the present state of countrywide lockdown?

How do you keep yourself fit? Are you an avid gym person?

Which is your favourite hideout in the globe?

Any message that you want to convey to the women and your fans reading this?

This time is precious! It’s a make or break moment!. It’s time to introspect and go within and find the real source of happiness. It comes from within, not from outside.

We can be a source of happiness and joy for one and all. Be happy from within. Don’t try to make things perfect because you are perfect. Acceptance is a great virtue. I wish you all happiness and contentment!

10 Celebrity Couples You Forgot Were Married Once Upon…

“Your Voice Matters”: Debbe Hirata Shares Her Journey And…