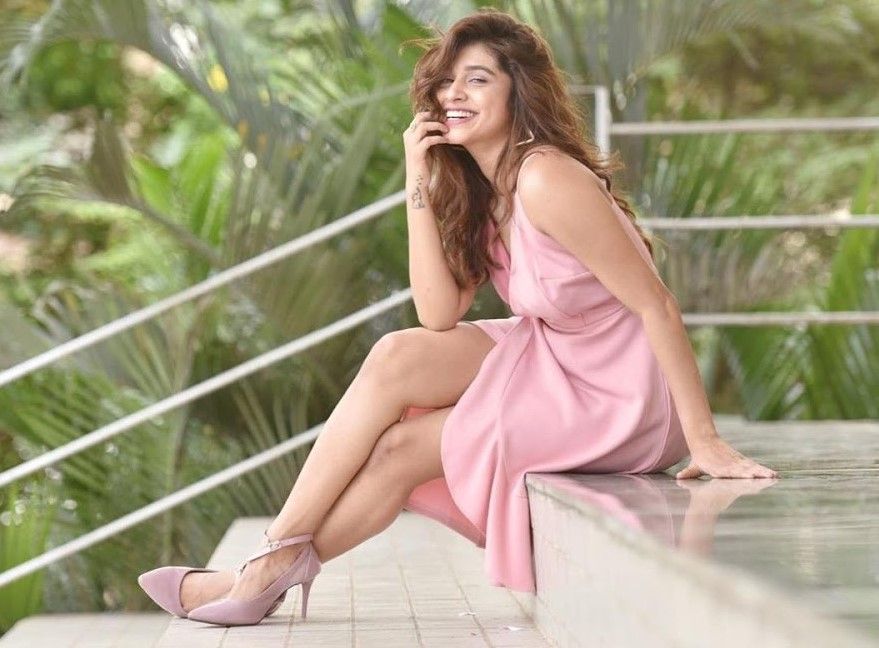 Life is full of wonderful surprises, and opportunities can come to our lives in any form and at any time. Some individuals are just meant for greater things in their lives. One such lady is Sanskruti Balgude.

She is a talented Indian actress who appears in the Marathi film industry. Sanskruti Balgude started her journey as an actress in her teens and is known for her roles in films like Sarva Line Vyasta Ahet, FU: Friendship Unlimited, Shortcut: Disto Pan Nasto.

Apart from being an accomplished actress, Sanskruti is an amazing Bharatanatyam dancer, and she is very passionate about it. The Voice of Woman recently got into chatting with the gorgeous and skilled actress Sanskruti Balgude to find out more about her – how she landed in the acting industry, her memorable experiences as an actress until now, and her views on the much talked about gender-related issues.

Below are the questions given:

When and how did your journey in the acting industry begin?

I believe my journey began when it was my 18th birthday, and I got an opportunity for my debut in the Marathi industry. I was still studying, and the opportunity was too precious to decline. It all happened fast before I could absorb the fact, and I couldn’t have asked for a better launch. I did miss out on my college days, and teen years but all for the good.

Any remarkable and unforgettable experience in your journey as an actress until now?

There are many unforgettable experiences throughout my journey as an actress. So, it’s tough to pick just one, but I am going to try.

Honestly, my first break in the industry still weighs the highest, from all the other memorable experiences I have had, but I have another one that is worth sharing. My father is a renowned politician in Pune. All these years, before I became a part of the industry, I was recognized as his daughter. But I wanted to change that recognition of mine. I wanted an identity of my own.

After my soap was on the air, I remember him coming home, filled with excitement, and without even removing his shoes, he told me that when he was at an event, and his name was announced, someone asked him, is he SANSKRUTI’s father? SANSKRUTI BALGUDE, the actress?!

He was SO proud, and I can never forget the happiness on his face, and that’s all I ever craved for! That was one remarkable moment for me!

The first heroine in Indian cinema was a male actor. A lot has changed in the industry since then, but according to you, what more changes should be there?

I think the industry, to be honest, has undergone a revolution in many ways. But I still feel there are still a few changes that need to be done. I truly think there should be more women-oriented films in the making. There is a need for more opportunities for actresses alone. The idea of a hero is the protagonist has to change. It’s not that bad at all, but I am glad that at least a few actresses are running films on their shoulders alone.

In a country where we worship goddesses, it is disheartening to see how women are violated. Your thoughts in this case?

This is extremely sad. It is! As a woman, it kills me to witness what goes on in our country or around the world too, for that matter. However, it may sound bitter, but the truth is that the mentality, the temperament of the society in India has to undergo a drastic change, which following the current scenario looks difficult. The belief of women being the secondary factor has been deep-rooted in all of us.

Women too need to be stronger and confident. You only suffer what you allow.

Many girls and women are unable to come out of an abusive relationship, being too emotional or thinking about what others might say. What would you like to say in this regard?

This is like surrendering to male dominance. That’s what I feel. Women who fail to take stand in situations like these are calling upon more grief and trouble. As I said, women and girls need to be confident on their own first. They should seek help from other women who are uplifting and supportive in sensitive cases like these. There is always a way out. They need not feel alone.

You seem to be an enthusiastic Bharatanatyam dancer. What does the concept of dance mean to you?

Dance for me is therapy. It always has been. Bharatanatyam always has been a ZONE you’ve got to be in when you perform. There is no other soul pleasing act than to perform a pure classical dance.

I do perform other forms of dance, as well and they too are indulging. Dance gives me sheer happiness!

They say, after every 100 years, there is a pandemic where lots of people die. Do you think this is nature’s way of the purge?

I do! It’s Nature’s way of reminding us that it owns us, and it’s not the other way round. We, as humans have been abusing nature for aeons now. It had to give it back sometime, and I think the current pandemic is the best example in this case. I am glad though, we deserve it.

We humans can lead our lives free of complications, prejudice, and hatred, but won’t. Your thoughts?

Can we?? Well, I would like to know how? I believe hatred, prejudice, and complications are a part of human nature. That’s how the High Power made us feel every emotion. To experience every sentiment is pretty HUMAN. Although, I would say that the overpowering of any particular emotion can be deteriorating, yes. May it be love, but everything we feel is part of our journey as humans.

Firstly, I would like to thank the entire team of VOW for allowing me to voice my journey and my thoughts. VOW is doing such an incredible job of promoting women from all fraternities. I would just like to say that women are a force to be reckoned with, they just need to realize that.

Women, if we support each other, we would be unstoppable, and I think together we need to work on it stronger than we are. YOU are amazing. Just believe it!