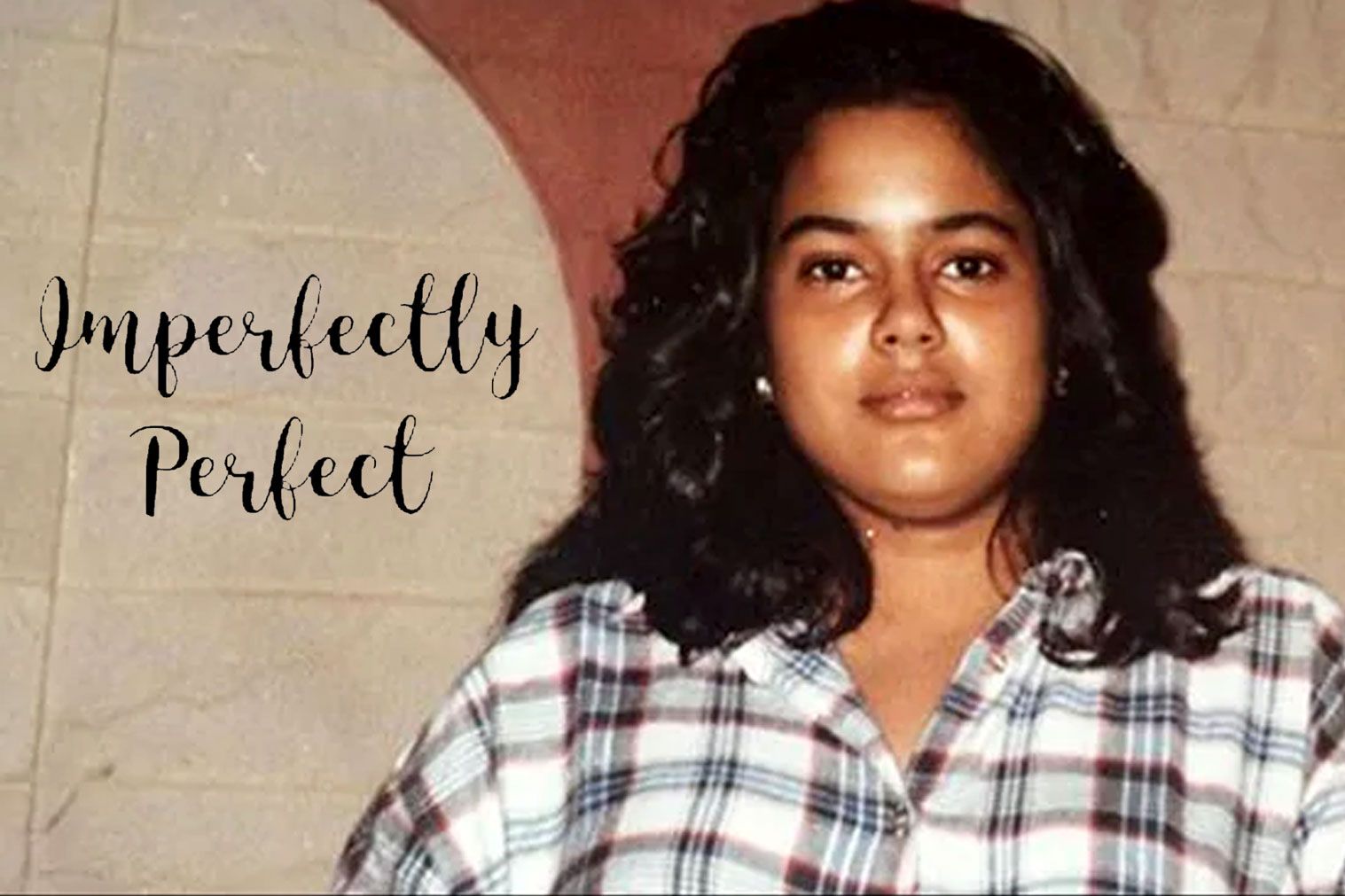 Sameera Reddy recently shared a picture from her adolescent days with the caption, “blast from my past! For all the meme makers. I struggled so much with how I was judged then… so much pressure to look good and feel accepted especially as a teen! Even now after two kids and a husband who loves me just the way I am, I have many moments of anxiety and struggle with how I feel about my body.”

Resembling to the story of the majority of girls in their teenage time, Sameera too had self-confidence and self-acceptance issues in her past. The time when looks matter so much because your peers and society is judging you by that. For Sameera, it led to acceptance and anxiety issues as a teen. Taking a trip to memory lane, Sameera meant to share an important message of body positivity and how imperative it is to love oneself, especially in the teens.

She Shares Her Pic with A Hashtag #Imperfectlyperfect

When Sameera was pregnant with her first son, Hans Varde, confidence shattered as her weight touched 102 kilos. Hiding from public and media was the only option she believed she had, after so many years of portraying herself to be glam and fit, she too started to see herself from other people’s eyes and weighed her beauty by the way her body was changing. This was revealed at the time of her second pregnancy.

During her second pregnancy, she opted for counseling and stayed positive which put her back on-trend list. In fact, she created a storm on the internet by putting forth her strong and positive mindset and sharing her motherhood journey. Flaunting her baby bump like a diva Sameera Reddy created a glam statement for the masses to follow. Back with a bang Sameera Reddy is being positive and sending the same energy out with a new version of herself.

Sameera welcomed her new baby girl on 12th July 2019. She made sure her new girl comes into the world where no matter what her color, size or looks are, she is beautiful in her own unique way. Sameera took things like a warrior and she is now on cloud nine. She has changed the definition of beauty for not only her daughter but every woman around who doubts herself even a bit.

Sameera’s new campaign ‘Imperfectly Perfect’ is at a boom where she flaunts her no makeup and filters look. She has a story that many women can relate to. In order to gain acceptance of looks, many of us try to change ourselves. We stop to realize that actually, we are losing our true self and bit by bit we are sacrificing our confidence in ourselves.

Sameera recently created a stir on the internet as she shared her pictures of climbing the tallest peak in Karnataka along with her husband, son and three months old daughter. She has totally become an inspiration for all the mommies around. She gained such a positive response on the internet. Now she says “she is proud to be the one who she is and is going to love herself no matter what”. More than anybody else in the world, she wants to make sure she becomes an example for her daughter Nyra.  Sameera Reddy has slammed the trolls over her looks like a boss. She has certainly defined the true essence of being “Imperfectly Perfect’.