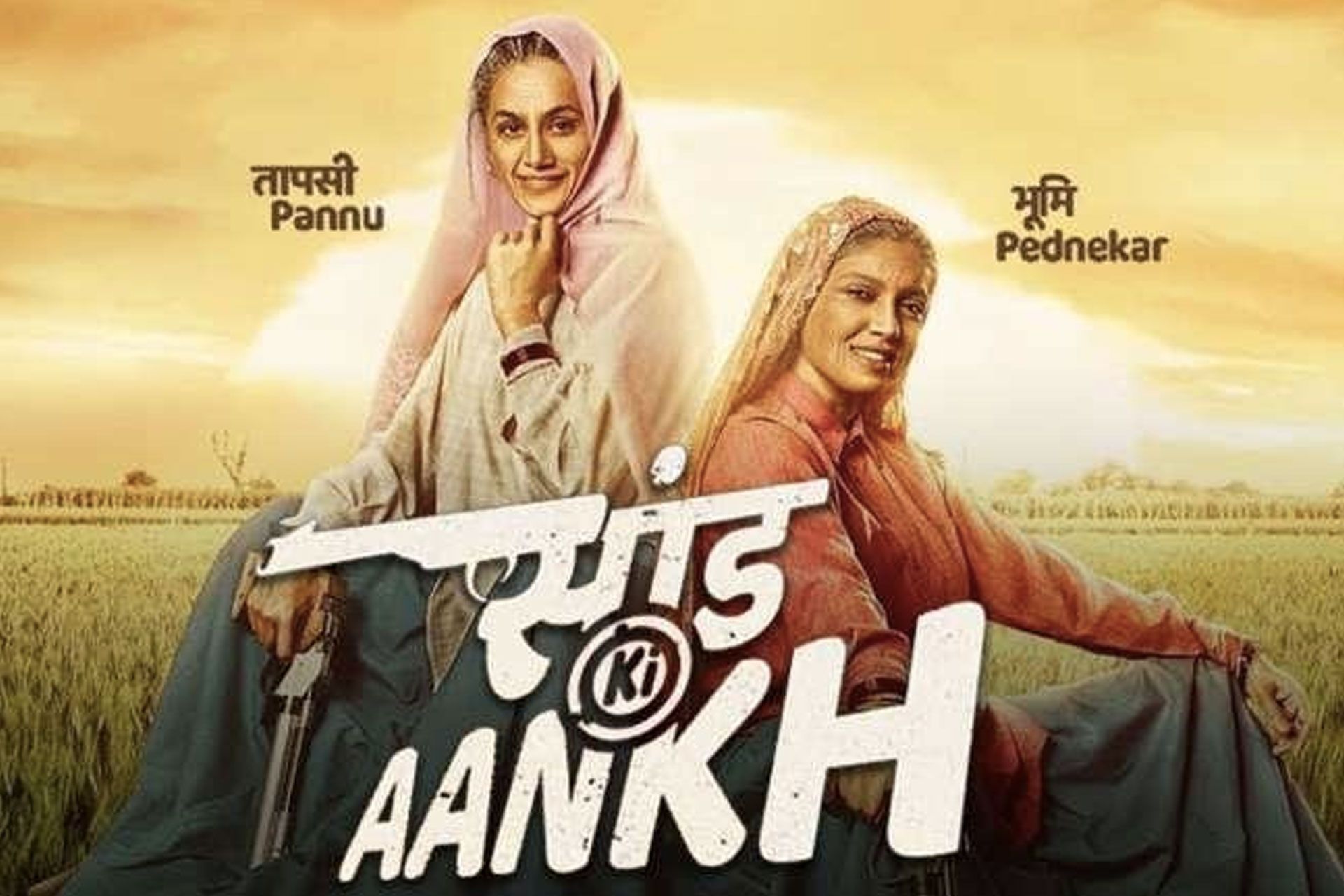 When you hear words like ‘sixties’, ‘women’, and ‘sharpshooter’ in the same sentence, you don’t know what to make of it. Well, the three words perfectly describe the plot of Saand Ki Aankh, which stars Bhumi Pednekar and Tapsee Pannu in the lead roles. Based on the true story of Prakashi and Chandro Tomar, two sisters-in-law from Uttar Pradesh, who go on to become sharpshooter champions in the world. These women were in their sixties when their lives changed forever. They went on to win many other tournaments and medals.

There haven’t been many movies that gained the critic’s approval and got the audience’s love as well. But, Saand Ki Aankh is one of them. After a ton of promotion, the movie opened to decent numbers at the box office. On the first day, it made 4.5 crores. This is a good start considering non-bollywood plot and female lead cast.

Due to message of the movie, it has been made tax-free in Rajasthan and Uttar Pradesh. This step will help boost the box office collections over the next couple of days. Jyoti Kanyal, a reviewer for India Today wrote “Saand Ki Aankh is an emotional roller-coaster ride which is inspiring, and at the same time disturbing, as it compels you to think about the pathetic condition of women in our free and modern India.

The film will make you think about the women in your life and their sacrifices for their families. It might also make men question themselves if they are being an impediment in the way of women’s success. It will also help women introspect and see if they are being the moral and physical support their girl tribe needs.” Tushar Hiranandani’s Saand Ki Aankh has some tough competition with Akshay Kumar’s Housefull 4 and Rajkumar Rao’s Made in China. But, the movie’s opening performance hints towards a successful run.

Before the movie had even released, it landed in some hot water with Soni Razdan’s comment. Actor Soni Razdan told The Quint “I love both these actors honestly but I mean why? I get there is something called box office draw but then why make a film on 60-year-olds if you can’t cast the real ones?”

Both Tapsee and Bhumi play 60-year-olds when they are in their 30s in real life. “This makes no sense. I think it’s about authenticity. Would The Kominsky Method have worked with 30-year-olds? It’s just silly beyond a point. I don’t know the script and that’s not for me to suppose. I’m just saying that all this talk of Bollywood breaking out of the stereotype is rubbish. If this is what we are back to in the end. One film – Badhaai Ho – doesn’t mean a stereotype has been broken,”

Even Neena from Badhai Ho tweeted out “Yes, I was just thinking about this. Hamari umar ke role toe kamsekam humse kara lo bhai (At least cast us for the role that suit our age)”. However, with the successful opening numbers and Anurag Kashyap’s name attached to the film, it wouldn’t be wrong to assume that Saand Ki Aankh will help pave the way for all-female movies to become a norm.