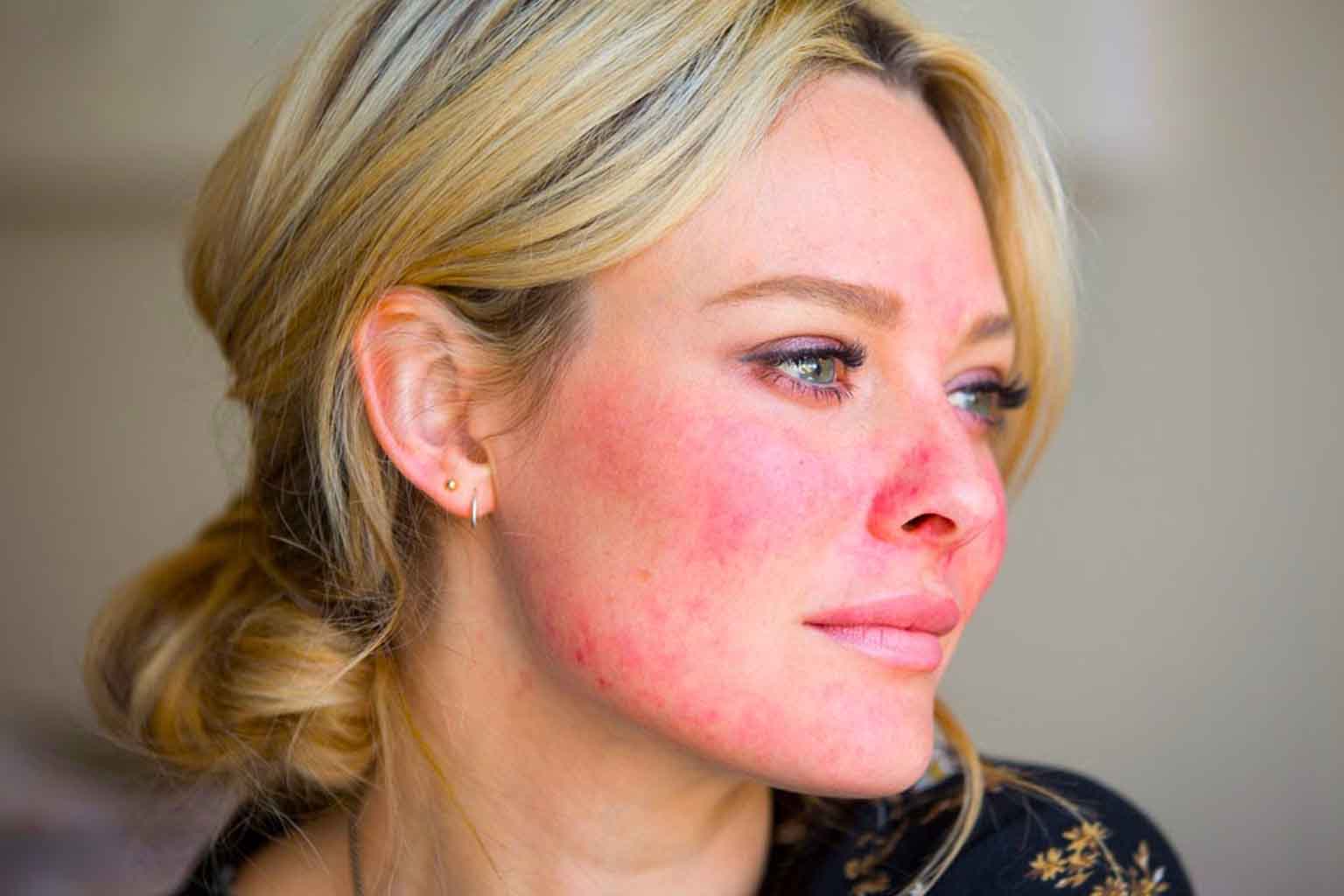 Rosacea is a chronic skin condition that initially breaks out as a mild redness appearance on the face. In an initial look, it might seem as if the person has suffered a light sunburn or has applied a blush. However, though the redness on the face appears and disappears with time, the symptoms of Rosacea persist and gradually take a serious turn with the light redness transforming to clear visibility of the veins in the face, a breakout of acne-like pimples as well as thick and watery eyes. This skin condition needs immediate treatments to heal the skin as well as prevent the conditions which trigger it.

The Rosacea condition is more seen in women under 30 years of age, though it can occur in both men and women from various age groups. There is no permanent cure for Rosacea, however, the symptoms can be handled well and taken under control with the application of medication, treatments, and changes in the lifestyle.

Though there is no determined cause of Rosacea, it is likely to occur from a combination of hereditary as well as environmental factors. However, some things heighten the Rosacea skin condition, which includes:

There is no permanent cure for Rosacea. However, there are certain treatments to relieve the symptoms and prevent them:

The dermatologist may give camouflage creams that hide and cures the blemishes on the skin.

If there is a formation of an enlarged nose or puffy cheeks and bumps on the face, plastic surgery might be required. The doctor will remove the extra tissue formation and thereafter use a laser to shrink the tissue.

Here are some ways by which you can prevent rosacea.

The patient should use a mild or a non-abrasive cleanser to wash the face. Thereafter, warm water should be used to rinse the face and pat dry with a towel. It is advisable not to rub or scrub the face.

Rosacea patients should avoid direct contact with sunlight and should regularly apply sunscreen SPF 15 or a level higher sunscreen. While going out in the sun, it is advisable to cover the face well with a scarf

Cosmetics are a strict no-no for Rosacea patients. The colors and chemicals used in the cosmetics would only hamper the skin and make the condition worsen. Under utmost necessary cases, the patient can use foundations with green or yellow tint to hide the redness Dietary Changes: Rosacea patients should follow a proper strict diet with the required food intake, proper medication, and lifestyle. The person should also avoid stress as it may be a trigger to the Rosacea condition. Regular yoga, exercises, and medication would be of great help.

Many people observe symptoms of Rosacea manageable when they don’t apply anything to the face. As such, leaving the face alone to itself is the best! For washing the face, only water can be used as it will allow the skin to naturally heal and restore the firmness without any interference.

Rosacea is a skin condition the patient should learn to handle. Rosacea's condition affects everyone differently and takes time to heal and figure out the actual trigger to the condition. Though it is a difficult situation as the condition is chronic, the person should religiously follow the treatments for the symptoms to disappear.