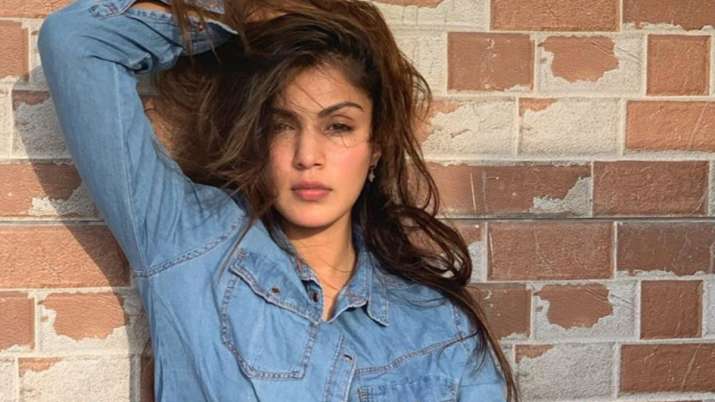 Satyameva Jayate, which translates to ‘truth alone triumphs’ in English. It is the national motto of India. Nothing but the truth seeks justice. But how do we find the truth? What if the truth is hegemonized by delusional media?

The trending case of Rhea Chakraborty inquest the same questions.

Rhea Chakraborty was dating the late actor Sushant Singh Rajput, who tragically died on 14th June’ 2020 in his Bandra Apartment in Mumbai. The gruesome death of the late actor caused a whirlwind in the Indian Film Industry. The blame game began by censuring the prevailing nepotism in the industry and how it affected his mental health. Many petitions were filed requesting a CBI investigation for the same.

Somehow, the blame game took a detour and was now pinpointing Rhea Chakraborty.

The Indian media hit a new low completely regarding the situation. The Indian social media trial started way before the court could. Social media became the judge, jury, and executioner, all by itself. Purely for the TRP and sensational news, Indian media started spreading their own words on the street.

The Chinese whispers soon spiraled, accusing Rhea Chakraborty of practicing witchcraft, keeping Sushant sedated, using his money for shopping and vacationing, and whatnot.

During this alarming period of a global pandemic, where there are way more graving and concerning things to give attention to, Indian media is obsessed with ‘Rhea Chakraborty’s latest news.’ The paparazzi incessantly, like vultures have been following her and her family. She even shared a video of her father being mobbed, requesting police protection which has been disregarded several times earlier. All these malign vultures have been violating the actor’s privacy and mental peace.

A journalist even took pride in being called a vulture. She justified herself by telling that the vulture (Gid) is Lord Shani’s symbol which represents justice.

However, the Indian media has been pretty successful in brainwashing people. They have influenced many people’s minds and made Rhea Chakraborty an easy target.

The Whole World Revolves Around Her

Every woman wishes to have someone whose whole world revolves around her, but surely not like in Rhea Chakraborty’s case. Rhea Chakraborty has now become a household name India, almost everyone has come up with their jurisdiction. Even rapists do not get so much attention as she does.

Rhea also shared a video on her Instagram account, expressing her grief over Sushant’s demise and pleading herself innocent. Soon after the video went viral and several memes on her were trending.

Drugs Dragged Her To Detention

The controversial case of Rhea Chakraborty eventually led to a probe by the CBI involving several hours of perusal. The charges of money laundering and murder were investigated upon. Later, the case was handed over to the Narcotics Control Bureau for the consumption and procurement of drugs for the deceased actor.

Since the Indian social media had already had their trial for Rhea Chakraborty, they soon started celebrating her arrest. Rhea Chakraborty’s arrest was a classic avenge for Sushant’s tragic death, according to them. Seeking justice for hampering Sushant’s mental health at the cost of her’s seemed justifiable to many. Nobody knows what actually caused the late actor’s demise but easily assumed it to be Rhea Chakraborty.

The reason behind a man’s success is a woman, is a very famous saying. Unfortunately, it doesn’t at all sits well with the current reality. Rather, it has become quite contradictory. Crediting women for men’s failure seems true.

Blaming a woman for every crime seems the most viable option.

Rhea Chakraborty has not been found guilty for Sushant’s murder yet. But the make-believe social media trials have already given her a sentence. The career of this lady has already sunk even before it could even start, irrespective of her being guilty or innocent.

India is a country where male celebrities like Sanjay Dutt get sheer love and support from his fans even after being proven guilty for charges like arms possession which caused the Bombay bombings in 1993. A blockbuster biopic was made where he was shown as a drug addict, womanizer, and careless person. But a woman, like Rhea Chakraborty, is vilified even before being proven guilty.

Indian Politicians are ahead in-game than the Indian media. They instead of using religion, their most favourite topic, as their propaganda this time, chose the arrest of Rhea Chakraborty. Using an accused woman’s name and propagandizing her with a burst of profanity seems profitable to them. This has become their new vote bank.

The fact that people react affirmatively to this agenda is a more pressing issue. Whether Rhea Chakraborty is innocent or guilty is still an unresolved mystery. Scrutinizing a woman publicly as an infallible agenda defeats the purpose of having politicians altogether. The guilty pleasure these patriarchs get by overpowering women is insatiable. It is nothing but a low hill road for women in Indian society.

Consequently, Rhea Chakraborty has been receiving death and rape threats on social media. She is being hounded by the media everywhere, who without flinching, asks disturbing questions. Unlike Sanjay Dutt’s or Salman Khan’s cases, people aren’t praying and requesting for her freedom or even calling the jurisdiction wrong. Seems like she could have had this kind of public support only if had she been a man.

Proven guilty or not, Rhea Chakraborty’s exit from the Indian Film Industry is a sure thing. She even said it herself in an interview. Nobody would give her work now. Her public image and reputation have been crushed to very small pieces. Many celebs like Vidya Balan and Zoya Akhtar showed concern for the same. They requested people to put an end to this incessant vilification and let the officials do their work.

Is Rhea Chakraborty an abuser or a victim herself? The final verdict is still up in the air and most awaited. Hopefully, all this buzz will come to an end soon. The court will come with a decision above board.