What Does Recurring Nightmare mean? 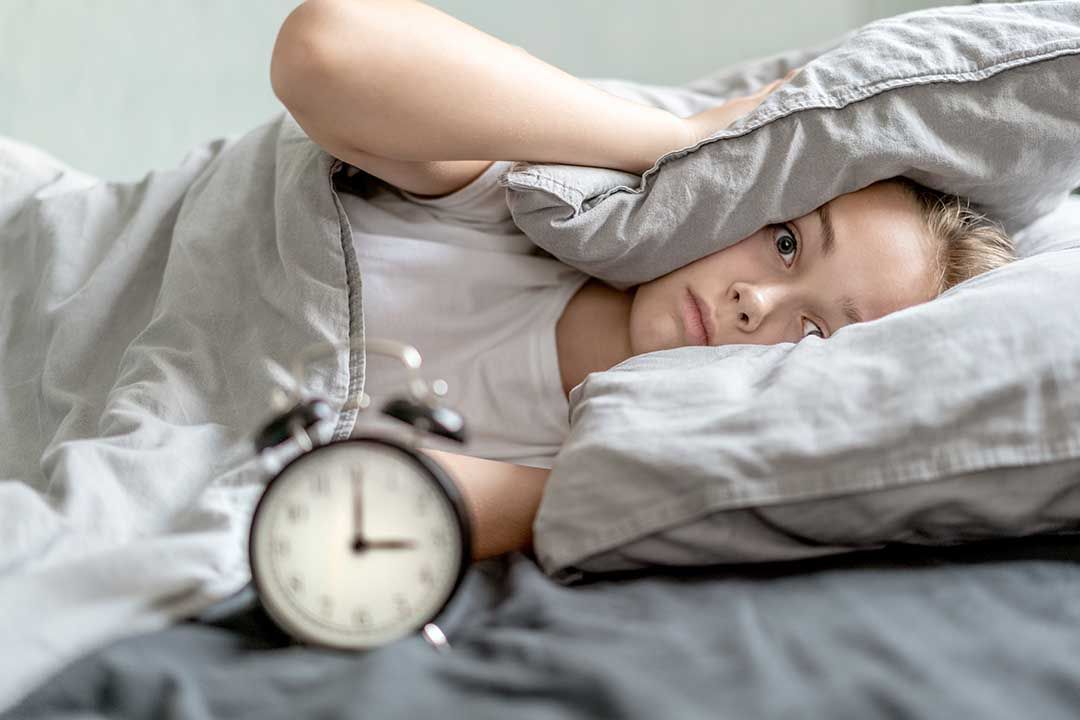 Nightmares are bad dreams that may not be a big problem at first. It could be occurring because of stress or some horror movies that you have recently watched.

But recurring nightmares could have an underlying meaning. Nightmares affect you terribly. It might disrupt your sleep cycle and leave you cranky in the morning.

Our subconscious mind is active when we are sleeping. It is responsible for all good and bad dreams at night. You sometimes dream of a past event or a totally unpredictable future event. Your brain might create faces in dreams that are unfamiliar to you. Dreams work in a strange way.

Our sleep cycle is divided into many parts and REM or Restricted Eye Movement is one of them. It is when you are deeply in sleep. This is where most of our dreams occur. You may or may not remember it the next day.

We generally dream about things that are bothering us. Maybe an event that we are anticipating. The emotional region of the brain gets more focused on it leading to such dreams. But bad dreams at night have no logical explanation.

Why Do You See Nightmares

Bad dreams at night can leave you breathless and you might wake up at night screaming or frightened. Recurring nightmares mean something is seriously wrong with you.

Waking up in the middle of the night because of a nightmare can have many reasons. It could lead to depression and anxiety. You might develop certain phobias; if it is recurring. So treating it is necessary.

Nightmares affect you in many ways. It can terrorize you and leave you to sleep-deprived. Sometimes they could resemble a realistic setup or event and it could be frightening. They can take various forms like some hallucinations, frightening creatures, death of loved ones, life-threatening situations, etc.

Reasons Behind a Recurring Nightmare

Here are the reasons behind happening of recurring nightmare

Post-Traumatic Stress Disorder. Being in a stressful situation could result in recurring nightmares. Your body might not have recovered and hence leading to those repeating events in dreams. Your brain subconsciously thinks that you are still in that situation and therefore these dreams are formed.

If you are hiding something or are guilty of an event, it could lead to nightmares. Especially if you don’t own up to your mistake. Maybe the bad dreams at night are indicating something. It is a way for your subconsciousness to remind you of your mistakes or guilt.

Guilt and shame can trigger multiple nightmares. It might even predict possible outcomes of your denial in accepting a mistake. This guilt is killing you from inside.

Sometimes it is easy to explain “Why do you see nightmares?” For example, if you are frantic about horror movies and binge watch it. It might be possible that your brain is doing the aftermath of the events in the movie. It is creating its own hallucinating events. You might even see ghosts and other terrible creatures in your brain.

Hallucinations could be very easily confused with nightmares. Some brain disorders like Epilepsy, Schizophrenia can have hallucinations as symptoms. It might lead to terrible bad dreams at night.

You might not be able to distinguish between reality and dream. Hallucinations tend to be very strong and believable. It could drive you insane. Never hide about it and see a specialist as soon as possible.

Recurring Nightmares could be triggered by some medications. Drugs like antidepressants are believed to have such side effects. Tranquillizers and sleeping pills are other types of medications that could lead to nightmares.

If you do not follow a healthy lifestyle and your sleep and wake cycle is a mess. It might lead to nightmares when you sleep. Your body is not getting enough rest. And this could be the reason that the chemicals in your brain are not working properly.

If you have been doing heavy drugs lately it might lead to hallucinations and recurring nightmares. People have reported seeing dead ones after being heavily intoxicated.

This could be really bad for your physical and mental health. These nightmares could be a sign from your body to stop with the drug abuse.

The answer to “What does recurring nightmare mean” might lie in your past. An event from your past like that in your childhood tends to remain with you forever in the memories. These memories are very hard to get rid of. These events, like child sexual abuse or domestic abuse, could scar you for life.

You might not think about it consciously, but your dreams may find a way back to those events. This could leave you disturbed. The bad dreams could be slightly modified. Your abuser could take a form of some unearthly creature to haunt you. Get professional help as soon as possible.

Night terrors and nightmares are slightly different though very similar. In case of a night terror, you might feel somebody’s presence in your room or on your bed. This could lead to sleep paralysis.

The motor nerves which are supposed to carry orders from the brain to the organs don’t work. You would want to move, but will not be able to do so. Sleep paralysis can be treated with proper treatment. Such nightmares affect you horribly. It might be difficult to get rid of such dreams without some professional aid.

Nightmares could be due to a sleeping disorder. There are many sleeping disorders possible. They have nightmares as a common symptom. Your recurring nightmare could be a sign of an underlying sleep disorder like Insomnia, Hypersomnia or Apnea etc. Nightmares affect you in so many ways. It could disturb your sleep. It might lead to incomplete sleep and you might feel tired.

There are a few ways to get rid of these recurring nightmares.

Nightmares are generally ignored until they become recurring. Nobody pays attention to “Why do you see nightmares?” Do not ignore it. Everything your body does is indicative of some bigger problem. Take the necessary precautions as soon as possible. And always seek medical and professional help.

Also Read: Types Of Dreams And What They Supposedly Mean