Not Feeling Hungry? Reasons Which May Lead To The Loss Of Appetite 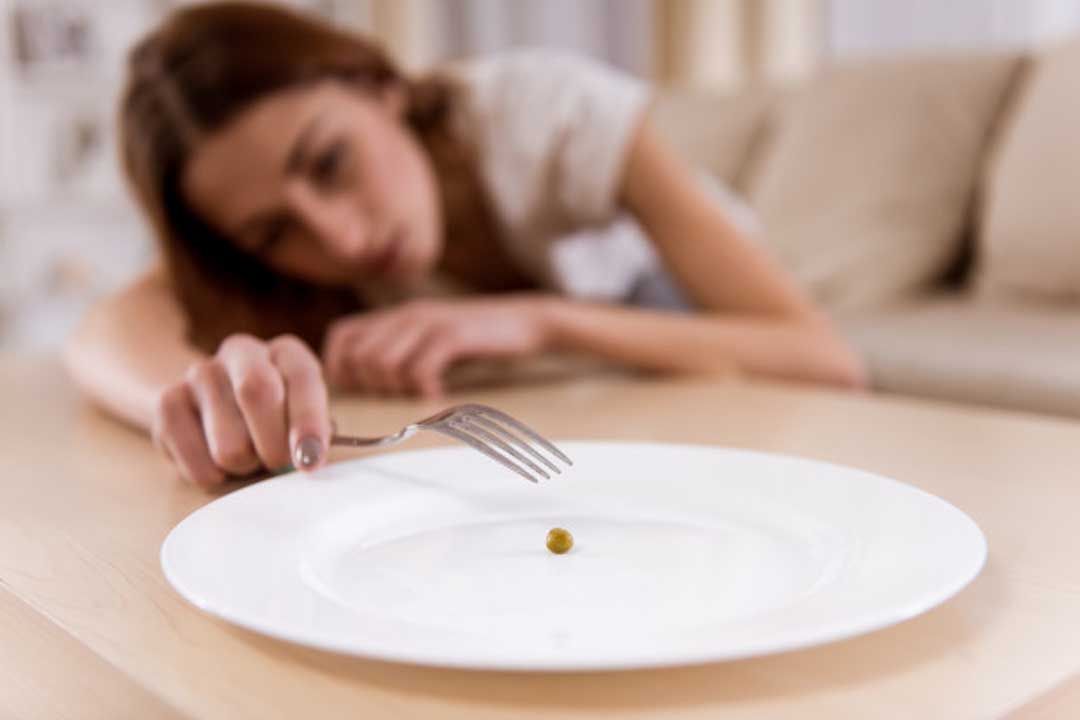 Mealtime is undoubtedly one of the favourite parts of the day. Most of us always are always thinking about our next meal. Bot on some days, it could be the complete opposite.

You may find yourself with a loss of appetite even if you have not eaten for a long time. You may not be able to muster the courage to eat your favorite meal even if it’s right in front of you.

You must really wonder what are the reasons behind this sudden loss of appetite?

The Possible Reasons for Loss of Appetite

Here are the major reasons behind loss of appetite

Many of you may find yourself bingeing on your comfort food when you feel stressed. But sometimes you may also lose your appetite when you are stressed.

This is because stress causes your body to release adrenaline, which makes your heart beat faster and slows digestion. This is commonly known as the fight or flight response which leads to a suppression of hunger. But there’s not much to worry about because, when your body endures prolonged stress, it releases cortisol; a hormone which revs up an appetite.

There is no surprise that drugs have a lengthy list of likely side effects. Gastrointestinal problems, such as nausea, pain in the stomach, or diarrhea, are commonly found on prescription warning labels. And of course, such side effects can also make you lose your appetite. Among the most prominent are antibiotics, antifungals, and muscle relaxants.

Drugs to cure insomnia, migraines, elevated blood pressure, a chronic obstructive pulmonary disorder, and Parkinson’s disease can also influence the appetite. If you haven’t eaten for a long while now, consult with your doctor and see if some of the drugs you are taking may cause the problem.

Your immune system moves at a quick pace when you are sick. It releases chemicals called cytokines that circulate to the brain in the blood and trigger fever and tiredness in addition to loss of appetite. It is the way your body tells you to rest so that it can get the energy it needs to fight what’s making you sick.

During your pregnancy you are supposed to eat for two but, sometimes you may feel like you don’t want to eat at all. This is because, during the first trimester, a lot of moms-to-be have to fight nausea. While it is usually a part of morning sickness, it can occur at any time of day.  It is recommended to eat small meals or snacks throughout the day, as an empty stomach can make matters worse.

Your thyroid hormones play a key role in regulating how your body converts food into energy. When the thyroid gland does not produce enough of those, it slows down the body functions.

As a result, your hunger dips. Yet you may potentially gain weight because you’re not burning many calories.

Lack of appetite is a frequent side-effect of cancer. The disorder and its medications, such as radiation and chemotherapy, can often induce diarrhea, discomfort, or dehydration. They can also alter the way food tastes or smells. It is suggested to speak to the doctor if you have a rough time eating sufficiently. You may be required 8 to 10 smaller meals a day.

About 15 to 30 percent of older adults had less hunger than they used to. It could happen for a variety of reasons. When you age, the metabolism slows down, and you tend to feel fuller for longer. Your sense of smell, taste, or vision can also be impaired. This will render food less appealing. Hormonal changes, chronic illness, poor dental health are some of the other factors which can contribute to the loss of appetite.

This is one of the prominent reasons that may lead to appetite loss.  Your appetite might become a downturn as eating contributes to fatigue, vomiting, bloating, or abdominal discomfort.

These conditions are often associated with stomach disorders. One of the most popular is irritable bowel syndrome, a persistent large intestine disease. Colitis and Crohn’s disease are more serious diseases that trigger some of the same symptoms. If you experience any of the above-mentioned problems, then it’s best to consult your doctor.

Depression is found to have two-fold effects on your appetite. It can either contribute to cravings and weight gain for certain people or it can have the reverse impact on some people in the form of loss of appetite.

Depression causes the brain to absorb more of the corticotropin-releasing factor (CRF) hormone. It could make you feel less hungry. If you are experiencing severe depression, then you may lose interest in eating altogether. If this issue starts occurring frequently, then it’s best to consult your doctor.

High blood sugar levels are likely to destroy your body’s nerves if your diabetes isn’t handled properly. One could be the vagus nerve that regulates the muscles in the stomach. If that nerve doesn’t function the way it does, food doesn’t pass as easily through the gastrointestinal tract. This disease is known as gastroparesis which triggers a lack of appetite and induces a bloating effect.

Another major reason for the loss of appetite is chronic pain. Chronic pain  disorders that have a detrimental affect on your physical and emotional wellbeing, such as arthritis and fibromyalgia, could lead to an appetite loss. It is also part of why some people report lack of appetite during menstruation; hormonal changes coupled with pain can lead to a reduction in hunger.

A beating head alone can be enough to make you lose your appetite. Migraines may also induce nausea and vomiting. So even though it goes away after a day or two, you may still not feel like eating. A loss in appetite after a migraine is quite normal. Medications may be used to prevent or treat them.

If you don’t have any of this loss of appetite symptoms and still aren’t hungry then you should definitely visit your doctor. This is important to determine whether an underlying medical issue is at the heart of the problem.