Rape The Idea Of Its Normalization! 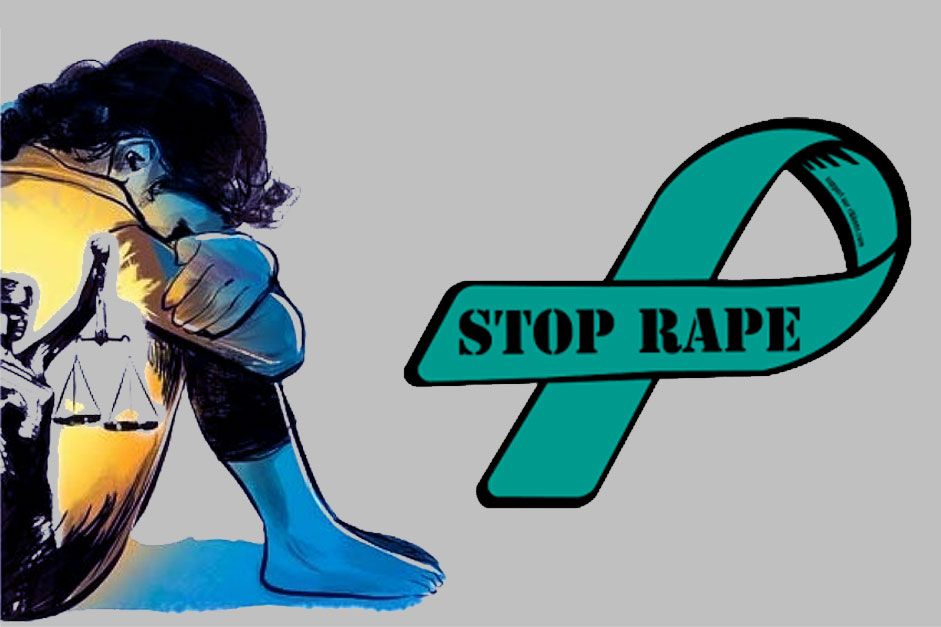 Rape cases in India: a heinous crime that feeds more on the existing undercurrents and less on the moment’s spontaneity!
The daily hearsay of rape cases in India has Immunized our ears to the extent where we no longer feel like it’s tearing us apart! Isn’t it? Earlier, the very idea of rape cases in India shuddered us to our spines, now we have somehow allowed it to be gulped down the throat! We as a society have come so far that injustice has become the law of the land! Our conscience seems not to be quarrelling with our conscious anymore for the injustice occurred. Rather, it tries to understand how far the art of practicality has reached. It has reached a point where we have gone numb and blind which we brag off as -‘practical idealism’.

And yesterday, the Rape case in Delhi saw another victim to this culprit numb social structure
Rape cases in India – Delhi crime: “It happened when the woman took a cab from Hero Honda Chowk Gurugram to Kashmiri gate at 10:30 pm on Monday night. She took a lift in the cab. “ quoted Sujeet Upadhyay, station house officer, Sector Beta II police station. The woman had no idea what heinously the future had conceived for her. But the moment the cab guy turned the cab on a wrong turn, she got alarmed about something being really wrong.

As soon as the car arrived at Greater Noida- Noida expressway, the woman raised her voice and asked the cab driver to stop. Owing to the villainy they had in their mind, they hemmed her in at knife tip! The station house officer said-” The suspects drove 1 km inside Greater Noida and gang-raped her there. Also, they fled the spot after raping her.” The victim somehow gleaned all her courage and put this out to make an FIR in the Beta II police station.

The identity of the suspects was later on revealed as ‘Monti’, a cab driver who served a private cab aggregating agency and the second guy was ‘Rajeev’, who has been identified as a resident of Noida Sector 51. While the identity of the victim has of course been kept under curtains for safety purposes, “she is a permanent resident of Meerut and served in an IT firm in Gurugram while having a place to live near Kashmere gate “-quoted the police.

As soon as Delhi-NCR police got the news reported to them, they set a team launched to investigate into the issue. As the first step of the same, the suspects were spotted in Chuharpur underpass on Tuesday night at around 8’o clock! “A police team also signaled them to stop for checking but they tried to accelerate in order to flee after opening fire at the police personnel. The police team chased the suspects and forced them to stop. The criminals then abandoned the car and tried to run”-quoted SP Singh. Later on, the police released an open fire in order to assure catching the hold of the suspects. This gravely injured both the suspects hence, leaving them collapsed on the ground.  “The police personnel later on apprehended them”-an addition was made to the previous verdict by SP Singh.

The criminals suffered major leg injuries and hence had to be hospitalized where the Doctor admitted them for further medical treatment required. Strange? Isn’t it? And the more strange part is how the societal throng chooses to understand the case. It’s never quoted as ‘guys raped a girl’, it’s always reported with regard to “the girl being raped by guys”. It sounds similar but isn’t as similar. It’s different with reference to its perception. It’s the art of passive highlight to fetch some extra attention and sympathy towards the victim while trying to get off the main issue. It’s the need of the hour for us to stop being mum and raise our voices out loud against such heinous rape cases in India. Because, “injustice anywhere, is a threat to justice everywhere.”~ Martin Luther King Jr.

Ripped off her body, robbed of her soul

Was that all your manly role?

Ever thought how it feels to be raped?

To be in trauma, to be in patriarchal drape!

Ever thought, how the parental eyes cry

They cry over destiny, through a dry eye

Dry as drought, wet as water,

Why just us? Why our daughter!

Why does lucifer call out on us?

This time a cab, back then on a bus!

Maybe they could have spared,

Maybe they could have just stared!

What can be done when society is such,

Expecting more than this would be far too much,

far too much to see secure women,

far too much see no howling demon!

when the monsters stood to answer the Lucifer’s call, on November  2016,

when they re-gathered their courage to stand tall,  in November 2019,

Where is the revolution, where have we been?

We are the biggest culprits with a chit so clean!

Oh the girl, would be such! Is that what you mean?

We are for sure one Mephistopheles race!

We as a society manufacture rapists,

We allow them to be the escapists,

To let them think they own our existence,

Why won’t they? When there’s no resistance!

Who has got raped, and who have untamed

If we keep manufacturing rapists, the way we do!