Pranutan Bahl Talks About The Responsibility Of A Famous Last Name 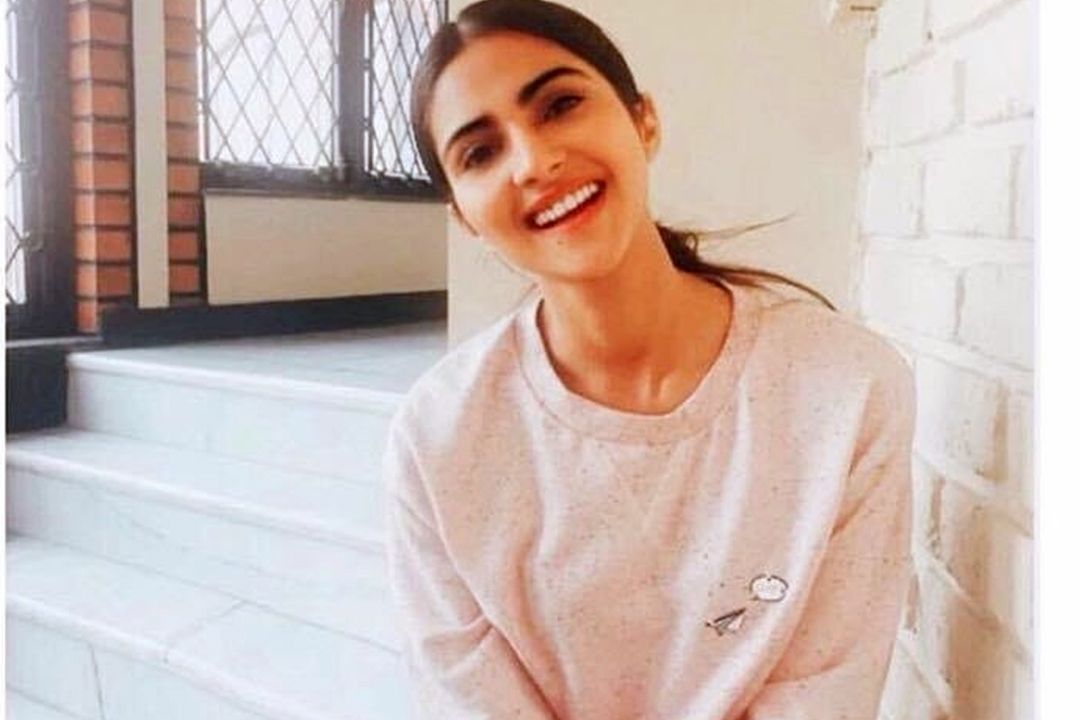 Since the time of Hindi talkies, Shobhna Samarth was one of the leading actresses while her husband Kumarsen Samarth was a renowned film director.

Their daughters are legendary actresses Nutan and Tanuja. Bollywood actor Mohnish Bahl and actress Kajol and Tanisha are their respective offsprings. The baton of one of the first family of Bollywood has now been entrusted to this Gen-Y actress: Pranutan Bahl. Pranutan the eldest daughter of Mohnish Bahl and Ekta Sohni and is part of Bollywood ‘royalty’.

She is also a professional lawyer, who debuted in the movie “Notebook” which was produced by Salman Khan. This critically acclaimed movie lauded the debutant’s acting chops. The Voice of Woman recently got in touch with Pranutan Bahl, the beautiful and talented actress.

You have a unique name, is it a homage to legendary actress and your grandmother Nutan Ji?

I was born just two years after my grandmother passed away and my grandfather decided to name me after her. My name means ‘new light’.

Pranutan Bahl is a lawyer by profession- what made you switch to acting?

I have always wanted to be an actress but I didn’t want to do that at the cost of my education.

When I was 18 I had the option to put my education on the back burner and actively start auditioning or audition when I would be 22 years old, and I chose the latter. I didn’t want to stop or neglect my education.

You have a strong family lineage: do you feel your family name contributes to an added pressure?

I don’t think it’s a pressure but how you perceive it. For me, it has always been a beautiful responsibility on my shoulders. I choose to work hard and never let it hinder my progress and that has been my motivation.

Bollywood is often blamed for nepotism, what is your take on this?

When we talk about nepotism there are two things. Firstly we all have our own journey- I can’t really speak for other star kids and the way they have procured their debut films but I started auditioning in 2016 and I never used to write my last name whenever I would go for casting calls.

I used to go and stand with the placard and wait for my turn. I don’t want to glorify my struggle because I feel if you want to become an actor this is the process.

Luckily if you are living in Mumbai then there is a casting office located at every corner. It also depends on the route you choose to take. I wish people would clarify with each one of us- our respective journey.

I bagged my debut in 2018 after auditioning for two and a half years continuously. I still audition and there is nothing wrong with that. If a filmmaker is interested in casting you at such a nascent stage in your career then he is entitled to an audition.

You are hailed as a fashionista, what is Pranutan Bahl’s individual style?

I was unaware that I am considered a fashionista. My individual style is extremely chilled out. I love slogan t-shirts, plain white or black tees with jeans, it is a classic combination. I love Indian wear like just a kurta and jeans.

Youngsters often abuse social media privilege with trolls and hateful memes- how do you react to it and what according to you is an ethical way of using social media?

I don’t react to what people say about me since I believe it just reflects on who they are and not what I am. It’s just somebody behind the anonymity of a laptop and most certainly doesn’t deserve my attention.

If people understood the boundaries within which everyone should be functioning on social media. I fail to understand how people can get so low in your head to actually spread hatred about somebody.

Such behavior doesn’t make sense to me but there are all kinds of people in this world, but they don’t have to be part of our lives.

Women have often been objectified, especially actresses what do you feel?

There are certain things that are used to objectify women and heroines but there are spaces that don’t at all.

For instance, the work that my grandmother did, there was no objectification of the leading ladies of that time. The objectification depends on which space you are functioning in.

Can you please tell us about your next projects.

My next release is “Helmet” which is produced by Dino Morea and Sony Pictures. It has Aparshakti Khurana, Abhishek Banerjee, Asish Verma, and myself.

It is a comedy with a social message and I am very excited about it as my role is completely different from the part I played in Notebook. I can’t wait to hear everyone’s feedback.

What is Pranutan Bahl fitness secret?

I am careful about what I eat. 80% of your fitness level depends on your diet. So no fried foods or sugar. I also avoid milk products because lactose present causes bloating.

You can also exercise for half an hour every day and have healthy home-cooked meals. If you do 5 push-ups today then do 8 the next day. It’s not about doing 100 push-ups in a day but starting small and then making progress every day.

As a youth icon, what would you like to tell young girls through the Voice Of Woman?

The one thing that I would want to tell all girls that there would be a lot of people telling you what to do and what not to do.

But the only person deciding should be you and it takes a lot of courage and self-motivation but you deserve that as a person.

Value your self-worth, it’s a process and it happens over time but when it does it is the most beautiful feeling ever.