Orgasmic Meditation Is A Wonderful Blend Of Sex And Spirituality 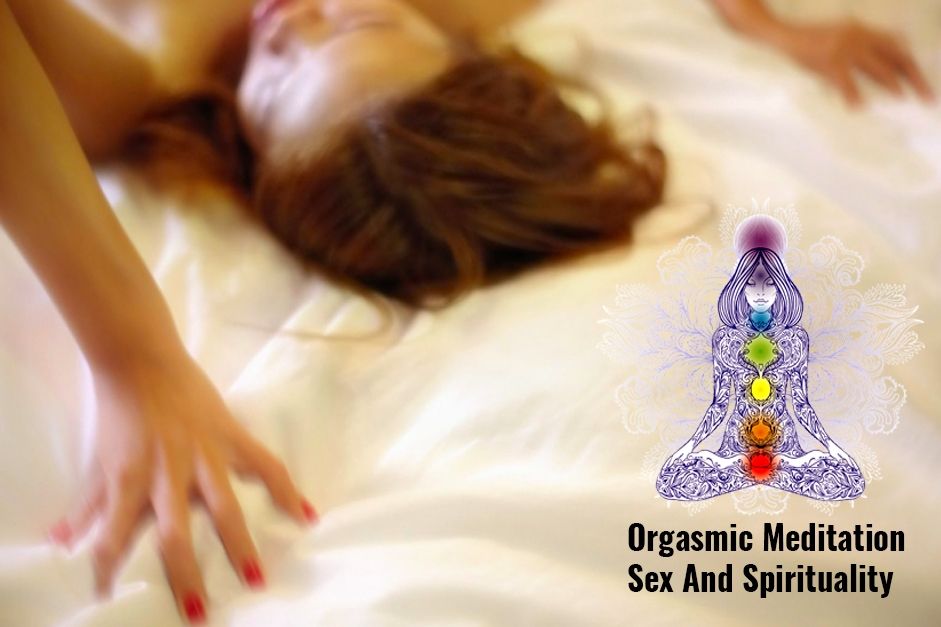 In our hectic life, we always complain about losing touch with our self – the soul searching kind. We are spending a lot of time not only keeping our body well but paying equal attention to the wellness of our mind and soul. Sex is one of the primal requirements of our body, but most of us don’t look beyond its physical and reproductive function. But there is more to it.

Sages of yonder years have said that the moment of orgasm gets us in touch with our enlightened or spiritual self. Many ascetics have said that they could connect with something higher in that moment of release. But we mere mortals when having sex are so involved in the physical gratification that we miss out on the spiritual experience. Women’s role in the realm of sex has always been secondary; every act by the man always has to reciprocate. The female orgasm is often ignored or misconstructed.

But it all changed when Orgasmic Meditation or OM (pronounced ohm) was brought to the mainstream society by Nicole Daedone and Rob Kendall of the One Taste company. OneTaste is a lifestyle brand that combines the proven methods of combining meditation and sex or conscious sensuality to evoke a feeling of health, happiness, and connection. Daedone started the company back in 2004 when she met a monk at the party and for years the company has “remained as a far-fringe oddity, but it was in 2009 NY Times put it in the front-page news and the brand became popular.

So what is this OM?

Sex meditation or arousal meditation is a partnered experience wherein the upper left quadrant area of the clitoris is stroked in a gentle rhythm manner of up and down motion for 15 minutes. It is a goal of less experience and only aims to provide a sensation of just letting go and relaxing and concentrating on your body’s experience. The stroking is done usually by a man wearing a latex glove dipped in lube. There is no stroking or gratification of the male genitalia. The woman is naked from the waist down, while the man remains fully clothed.

Anjuli Ayer, the CEO of the Institute of OM, has said that OM is not meant as foreplay nor is it mandatory for a woman to orgasm but rather it is intended to make the participant(s) to be made aware of the present moment and experience pleasure. She further explains, “it merges the power of meditation with the experience of being in an orgasmic state.” Traditional meditation is a mindfulness exercise wherein an individual focuses on an object or thought, and to achieve a mental and emotional calmness and stability. In a similar manner, OM-ing helps to achieve a connection between body and mind. It allows you to be serene within yourself and also to “deeply connect with others.”

Top celebs like Kourtney Kardashian and Gwyneth Paltrow are some celebrity practitioners of Organic Meditation. In Orgasmic Meditation, you would be able to differentiate between climax and orgasm. “Climax is a few seconds of physical experience, whereas the state of orgasm is continuous.” In an interview with Daedone, says that many women might not be able to climax but “never seen a woman who isn’t capable of entering the state I’m talking about.” Orgasm is much greater than the physical and fleeting climax, when harnessed in a proper way it can make the orgasmic person more “empathetic, connected, loving human being.”

Both orgasm and meditation lead to the release of the happy hormone- oxytocin and dopamine. Also, these hormones help you to feel connected with your partner.

How to Perform Orgasmic Meditation?

Orgasmic Meditation classes organized by OneTaste is extremely expensive- a single class can cost anywhere between $149-$199. The weekend program costs around $499 and for an extended course one needs to shell out a whopping $12,000. YouTube tutorial is available which can help you achieve this elevated feeling. An article in Glamour tells that an OM class will make any individual a certain openness, comfort, and authenticity.

So how exactly do you achieve Orgasmic Meditative state in the comforts of your home:

15 minutes is considered the perfect time for women to relax and be attuned to their bodies. By concentrating on your clitoris, in an organic and intimate way, without any return sexual gratification, it can be both liberating and exhilarating. For men, it will help to understand their women’s wants. No kissing or cuddling or any other form of touching is allowed.

But like every yin-there is yang, there is a dark phase to the OneTaste organization. In Bloomberg Businessweek a report was published, wherein many of their previous staffers and ex-practitioners have said that a lot of their life savings have gone to the organization and they have ended up in debt. The company lured customers by the heightened sales pitch from their staff and enticed the lost people with a key to spiritual and sexual wellness held by co-founder Nicole Daedone. Many have accused the organization of being a “prostitution ring”.

The company has vehemently denied such allegations. But there were reports of a six-figure out of court settlement with a former employee who accused of sexual assault while on the job.  Since 2016, it has stopped hosting group OMs and rather has teaching Centre in London, New York, and LA. Some people have even called it a “cult” experience.

Men who practice OM have found a better understanding not only of their partners but also the other women in their life, as they become more open to hear the concerns of the lady or their colleagues at work. The sex life also changes for better since they are more aware of what women want exactly and the negative thoughts can be successfully bypassed too. Men don’t get anything in return and can only stroke and not be stroked but they still feel more energized and awake.

It is an extremely feminist approach to attain pleasure and since there is no goal it can be extremely freeing and in this state of letting go, you become capable of orgasming more and getting further aroused. The energy exchange between the clit and the finger can be quite calming and is much easier than to concentrate on breathing. It ultimately teaches you that receiving is extremely active and powerful. During OM women no longer need to fret if their partner is bored or if they are taking too much time. 15 minutes is their TIME!