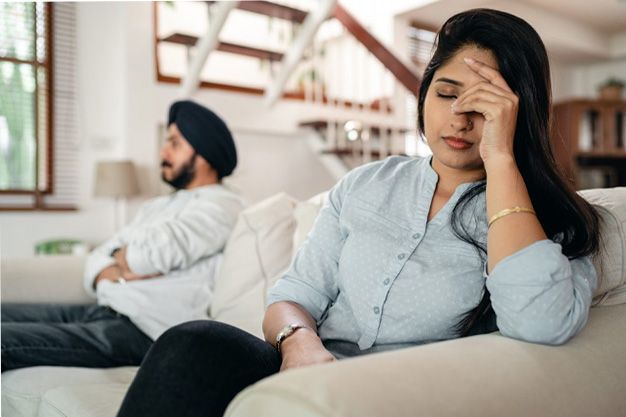 What is Obsessive Love Disorder?

Obsessive love or Obsessive love disorder is marked by a debilitating and dysfunctional condition and when severe has the chances of becoming all-pervasive. It is marked by extreme emotional distress and may also lead to deliberate self-harm, suicidal tendencies, abuse, and violence of other kinds. In this condition, the person suffering from Obsessive Love Disorder starts having obsessive thoughts about the love object to the extent that it becomes difficult for them to stay away from them. The person may become excessively protective of their partner and may also start controlling them and their behaviors to suit their needs. The person starts treating their partner as their own possession. All of this leads to the creation of a very toxic environment that severs all the interpersonal relationships of the person suffering from Obsessive Love Disorder.

Though there is no scientific and clear-cut diagnosis of Obsessive Love Disorder, the symptoms can be loosely defined as marked by the following characteristics.

It is important to remember that these symptoms mentioned here should be present in the person for a long period of time and they should be uniform across time and situations. The presence of only one characteristic or two does not make anyone the sufferer. The above-mentioned list of symptoms can also be used as an informal obsessive love disorder test to only understand if there is the presence of any of the characteristics. However, if you notice any of these symptoms in yourself or others, contact a therapist immediately.

As the presence of obsessive love is usually an indicator of other mental health conditions, the causes hence may vary from individual to individual. It is important to mention here that there is no scientific evidence of accurate and concrete causes for the condition of Obsessive Love Disorder. Find listed below some of the causes that may act as a predisposing factor for the occurrence of Obsessive Love Disorder.

Psychological research studies have shown that the effect of attachment styles with parents in childhood lingers until adult life. On the basis of one’s attachment to their parents or adult caregivers, the picture of one’s interrelationship matrix can be painted and predicted quite accurately. People having insecure, or reactive or abusive parental attachment may fall into the trap of obsessive love disorder as their attachment styles leave them in states where they fear losing their partners, as well as becoming obsessive and controlling.

People with Borderline Personality Disorder have an intense fear of abandonment. They are emotionally unstable and see their love object as either all good or all bad at one time. They can be extremely devoted lovers but their emotional instability may introduce toxicity in their relationship. There is a creation of unhealthy codependency in the relationship where the person may start obsessing over their love object. In severe cases, there are suicidal threats and deliberate self-harm. Hence, violence and abuse may seep into the relationship.

Past trauma and abuse:

A history of abuse of any sort in the past or a case of trauma may make a person more vulnerable to developing obsessive love disorder. Trauma makes a person hypervigilant to their surroundings and increases their bias towards threat and negativity in the environment. Hence, the person becomes doubtful of the little and big actions of their love object if they do not necessarily gratify the person’s needs and demands. The trauma of losing a partner by death or otherwise may also make a person more prone to this condition, as there are chances of this person developing a fear of abandonment or a fear of losing their partner which makes them obsess and control their love object.

Patriarchy and toxic masculinity teach men to treat their partners as objects as if they are their materialistic possessions. They are taught to stay vigilant of all the actions of their partners. They are also taught to control the behavior and actions of their love objects as if that’s the only truth and that’s how they can express their love towards them. This also leads to the development of obsessive love disorder. Other than the causes mentioned above, existing literature revolving around Obsessive Love Disorder says that delusional disorders, erotomania, jealousy characteristics may also increase a person’s chances of developing this condition.

Among the treatments of Obsessive Love Disorder the most effective one is seeking therapy. To start with individual therapy would create a positive impact on the person’s life and later on when comfortable they can shift to couple’s therapy to mend the brokenness in their relationship.

It is highly recommended to not take medications without proper diagnosis and consultation with a professional. Likewise, one may choose to reach out to support groups if they seem apprehensive about the idea of therapy.

Also Read: Is It Love Or Infatuation?