Nanda Yadav: Live Life As If Nobody Is Watching 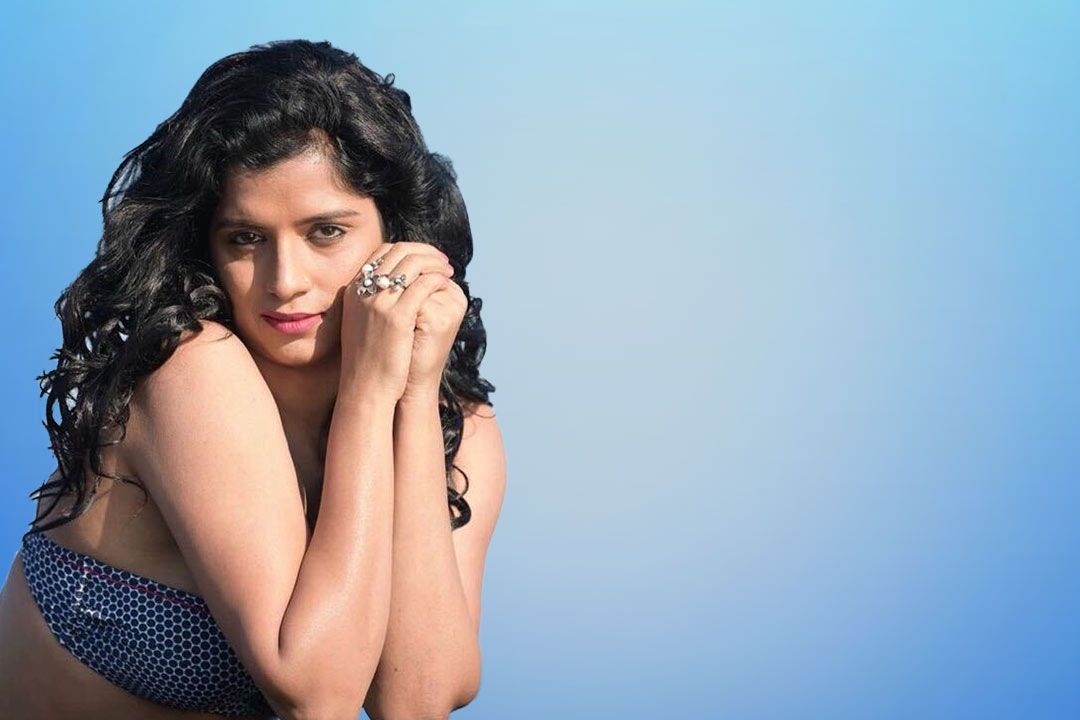 Nanda Yadav is one talented actress who transforms herself into the characters she portrays on screen. She debuted with the film “The Letters”, where she played the role of a new postulated Nun, and her role was appreciated by audiences and critics too. She has portrayed a wide array of roles and has featured in a short film by the United Nation, “Banno”.

Nanda is a trained Bharatanatyam dancer, who has now taken to storytelling and reviving this lost art, through her YouTube series, “Wo Bindi Wali”.

She narrates stories that strike a chord with her and is pertinent in our contemporary times. The stunning actress has successfully turned her passion into profession.

Her fans can next watch her in Kalabai from Byculla, which is directed by Saumitra Singh, and co-starring Sharib Hashmi. This stunner is proficient in Spanish and has a Masters in Literature.

The Voice of Woman got chatting with the magnificent Nanda Yadav to learn more about her journey into stardom and the importance of pursuing one’s dream.

Can you tell us about your journey?

I grew up in different parts of Uttar Pradesh. So my childhood is full of travelling and a lot of friends in different cities. I am basically from Varanasi but born in Kanpur and did my schooling from Ghaziabad, and college from Delhi University.

When I first moved from Delhi to Bombay, I had no connection but slowly I started doing theatre and that opened the way for a  lot of television work for me and then after a point, I started focusing on films and that’s when I got William Reads “Letters” based on Mother Teresa and the letters written by her.

Then I did “Hexing” directed by Christopher Lenoir. I did a short film for United Nations called “Banno” and then “Why Cheat India” directed by Soumik Sen. I did a web series called “Jeene Bhi Do Yaro” and a video short called “Namita Suicide Letter” and few projects are lined up to be released once the lockdown is over.

How was the experience in being part of the film “The Letters”?

It was my first international film and I was quite excited to be a part of a story which revolves around Mother Teresa, whom we all have looked up to while growing up.

Also, the whole set up was very different from what we see in the Indian film industry so that becomes another learning experience. I was nervous in the beginning but it all went well as the director William Read’s was very good in making his actors feel at ease.

What was your inspiration for joining the film industry?

I was always very keen towards theatre, stage, and dance in school while growing up. I think that’s where I realised my inclination and later on figured out that this is what I want to pursue in the future and that took me down the path of acting.

It was difficult in the beginning as no one form my family tree is even closely related to the entertainment industry so my parents didn’t have any idea how to be of any help apart from being there emotionally. And I guess that’s what helped me to overcome a lot of difficulties.

As an artist, how do you deal with both success and failure?

As an artist one needs to be grounded and aware of the situations. It’s all good to celebrate the success, on the other hand, failure should not be considered as the end. I don’t let both get into my head.

Also, I believe that work is part of our life, not LIFE itself. So we should always take out time for ourself and prioritise our happiness beyond the sphere of work. Work should not be neglected because of others and vice-e-versa.

What was the thought behind your YouTube series “Wo Bindi Wali”?

Wo Bindi Wali is a storytelling series and it all started when the lockdown was imposed due to the COVID-19 outbreak. I was spending my time by reading a lot of stories online and many of them left an impact because of their connection to a particular character, space, and sometimes emotions, and that’s when I decided to bring it to the audiences.

Also, storytelling is a big part of our culture and childhood and it brings back a lot of memories. That’s why I decided to read out to the audience and revisit a bygone time.

Women often have to sacrifice their dreams, how important it is to follow one’s heart?

It’s as important as it is for anybody else, irrespective of whether they are a man or woman.

We can’t let a gender decide whether to dream or not or whether to follow our hearts or not. It’s inhumane to restrict anyone just because others feel it’s not okay to follow your idea of life. There is one life, live it as if nobody is watching.

Is there misogyny in the entertainment industry?

We can’t label it on any particular industry; misogyny is deep-rooted in our society. The harsh truth that we have to deal with but we can’t bow down because of it and stop dreaming and restricting our life.

You have worked in both films and the web platform, how different is the experience?

To be honest for an actor there is not much of a difference. I feel when I am in front of the camera, I don’t think about which platform it’s going to be on. The showcasing platform won’t change the idea of acting.

The only difference in the various mediums is on the production side. An actor is an actor whether it’s film or web series.

Can you please tell us about your upcoming projects?

I have 2 films and a short film lined up for release. The first film is called “It’s Abuse Only” and the next one is called “Sharir”. I also have a short film called “Kalabai from Byculla”, directed by Saumitra Singh. The trailer for which has already released.

What would you like to tell to your fans through The Voice of Woman?

I would like to tell everyone through The Voice of Woman, that, be free to dream and dare to pursue them. If you don’t take yourself seriously nobody else will.