Matriarchal Society- A Vision Of Utopia 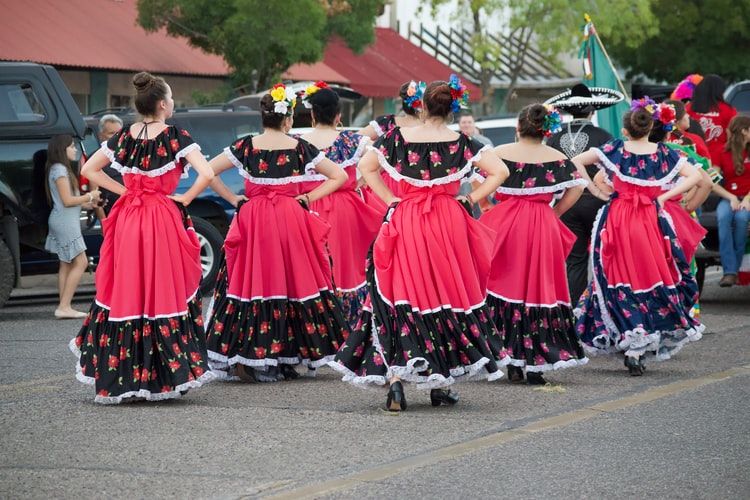 The mere thought of the existence of having matriarchal societies seems a bit utopian. A society where women are revered and placed at the centre of culture. According to some archaeological research, there are some findings which prove the existence of matriarchal societies in history. It was around 3000 BCE that society shifted towards the men and patriarchy came into existence.

Even in the Greek mythologies, women were given the highest status like that of a goddess and warrior. The physiology of women to bear children was once celebrated and honoured, which in the era of the 21st century is regarded as a weakness. Anyway, the best tunes are played on the oldest fiddles. The idea of women being empowered rather seems like a pervasive thought to many patriarchs.

The salient idea is to build a society where one gender is supportive of the other instead of being exclusive. Patriarchy idealises the credence of one gender overpowering the other whereas the virtue of matriarchy is seeking power from within.

However, there are still some modern matriarchal societies that exist in the world where the women firmly hold the helm.

One of Asia’s largest country, China happens to be an abode to one of the world’s last surviving matriarchy. According to the survey report, there are about 40,000 women hailing from the Mosuo tribe. Supposedly, these women follow Tibetan Buddhism as their religion. The lineage can be traced through the women of the family.

This society is a matrilineal society, which basically means the property would be handed down the same female line. Mosuo women don’t commit marriage, unlike most of the world. Even if they choose to have a partner, the couple doesn’t live under the same roof. In this society Ah mi, the matriarch runs the large households and is in charge of everything like property and lineage.

The mother plays the primary role in raising the children. Oftentimes, the children are unaware of who is their biological father. In fact, there is no word for husband or father in their traditional language.

Women choose their partner and walk down to the man’s house at night, who still lives with his mother. Couples do not live together. Women can make arbitrary decisions about their sex life without any societal judgements.

In the Limon province of Costa Rica and northern Panama, there is an indigenous tribe called Bribri. Its constitution is estimated at about 12000 to 13000 people, according to the last census. Each and every Bribri belongs to a clan which is determined by their mother.

As per the famous legends of Bribri, the cacao tree initially used to be a woman which was later turned into a tree by the Gods. Thus, giving women the exclusive rights to prepare the sacred cacao drink. Hence, Women have a spiritual superiority in Bribri society.

In the highlands of West Sumatra, Indonesia resides the largest known matrilineal society, the Minangkabau. The Minangkabau is a community of around 4.2 million people. In accordance with the folklore, the Minangkabau clan came into existence around the 1300s. The period during which the King Maharajo Diarajo died and his empire was later succeeded by his one of the three wives, Puti Indo Jalito.

Both the property and family names are passed down by mothers to their daughters. The men generally play a crucial role in religious and political matters. Although, women are also welcomed to take part in the same. The women have the power to choose or remove the men for a leader’s role as per their own free will.

The infamous Umoja tribe is a card-carrying No Bloke premises, where men are forbidden. This village is mainly habited by women who have suffered sexual or gender-based violence in the past. The village was founded in 1990.

In Swahili, the word Umoja literally means ‘unity’. Tourism is the main occupation of this village, women and children show around the tourists and work to enlighten others about their rights.

In the state of Meghalaya which is situated in the north-eastern region of India, resides the Khasi tribe. Khasi tribe is a matriarchal society comprising about 1 million people, as per 2017 statistics.

Only the mothers and mothers-in-law are authorised to look after their offsprings. What makes this tribe unique is that men are not even capacitated to attend family get-togethers. In the Khasi community, children inherit their mother’s surname rather than their fathers.

As per a source, the social structure of the Akan community is structured on the basis of their matriclan. Everything relating to politics, identity, inheritance and wealth are decided among the matriclan members.

During the 1970s, when gay rights and women’s liberation movements were on roll, a group of women travelled all the way to Florida. All of them started living together on a beach where the entry of men was strictly prohibited. Namely, Womyn’s Land, also famously known to be a lesbian’s paradise. The core community had about 12 cottages for around 15 years. It became quite a popular tourist site for women.

Later in the year 1990, few of the core community members decided to migrate to a hilltop located in the rural region of Alabama. This eventually led to the formation of a society called Alpine Village which still very much holds true to its prevalence.

Nowadays, Alapine Village is taken care of by about 17 middle-aged ladies. Together they congenially live and work on the land in an eco-friendly, community-structured and lesbian ruling society.

These societies give a ray of hope that patriarchy will soon evanesce and a world where everyone is equal will come into existence. It is about time women realise their rights and takes the power into their own hands instead of asking for it.