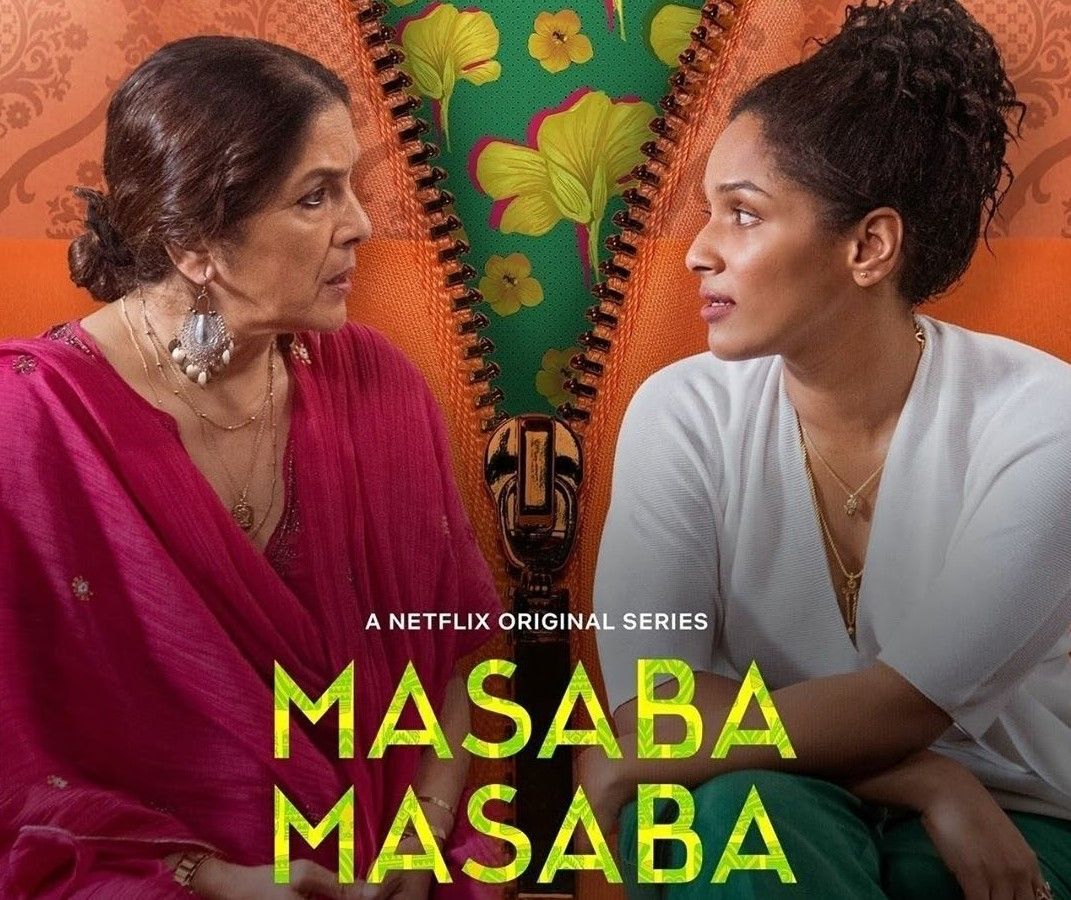 Masaba Gupta has never ceased to take people by surprise with her witty comebacks to trolling Twitteratis. She takes everything sportingly and charms everyone with her ever so radiant glow.

Masaba recently trod towards the world of acting, by debuting in a Netflix series called Masaba Masaba. Masaba Gupta along with her famous mother Neena Gupta starred in the series which drew inspiration from her life only.

Masaba Masaba became one of the first genre-bending series, where biopic characters in the series are played by the real characters themselves. The series was directed by Sonam Nair and produced by Ashvini Yardi’s Viniyard Films.

In an interview, Sonam said that she always had the idea in the back of her mind of someone playing themselves in their biopic. However, she could never find the perfect fit for it. Watching Masaba’s Instagram stories tempted her to act upon the idea. She then approached Masaba, who was instantly on board. Masaba and Neena, together with the scriptwriters immediately started working on it.

Soon after its most awaited release on Netflix, it hit the top trending charts in India. This show has created quite a hullabaloo in the industry. This series celebrates the wax and wanes of Masaba Gupta’s life, involving all the spheres of her personal, professional, and social life. There is a hint of fiction mixed with reality in the storyline.

Rule-Breaker And A Rebel

A Single Mother And Good At It

Neena and Vivian, both were famous and successful personalities in their world. However, their relationship wasn’t as successful. Both of them parted ways and found marital bliss with someone else. Masaba was a child out of wedlock with Indo-Caribbean genes. Neena Gupta raised her on her own and once again breaking the societal barriers became a single mother.

Masaba has always been one of the most favourite topics of Indian media. She has blatantly been called upon for her ethnicity. She has even been called names like ‘illegitimate West-Indian’ and ‘bastard child’. However, these trolls have only made her stronger and more resilient. She has oftentimes taken it to her social media account and gave a pretty sassy clap back.

Masaba Gupta is a renowned name in the fashion industry. She aced her game with her unique and quirky style. The Indian Fashion industry was introduced to fancy digital prints by her only. House Of Masaba has made its name to the global level and has its unique identity. Undoubtedly, Masaba took the fashion world like a total boss.

With the release of ‘Masaba Masaba’, once again the duo has done something unconventional. The series has shown the harsh reality of the tinsel town and how deeply it affects people’s lives.

Neena Being A Total Badass

The series shows Neena as a very savage and sassy person. She is against ageism and wants to learn everything she couldn’t during her 20s or 30s. She believes learning skills like driving and swimming doesn’t come with an age bar eligibility. She even reaches out to directors with her updated portfolio to get a lead role in movies.

Many people assumed that Neena moved to her husband’s house in Delhi after getting married. Contradictory to reality, she didn’t. She continues living in Mumbai because of her work commitments and priorities and still has a pretty happy marriage.

According to the show, Masaba got married because of pressure from society. And she was hiding her separation with her husband from the media and her mother. The constant limelight attention on her life made it hard for her to process things.

The industry is full of tale-tellers who often overstep the thin line of privacy with business. It was hard for her to come in terms of her broken marriage in the public eye. However, she did it most respectfully by sharing it on her social media.

A Connoisseur Of Creativity

Through these series, Masaba also gave an insight into her professional life. It showed what it is like to be in a creative business. All the show sham one has to go through to keep running the business even after reaching piqued success.

The series also emphasizes the creative block. It showed that creativity is a natural flow and not a water tap, can be turned on and off at our convenience. Every artist keeps exploring to seek inspiration from different things and experiences. Creativity doesn’t care about the artist’s successful or amateur status.

Like any other regular mother-daughter duo, these two also fought like cats and dogs. Being the queen of the fashion industry or diva of the Indian cinema didn’t matter inside their humble abode. All these titles given by the world are left at the doorstep. After losing hope and not knowing what to do, like any other innocent child, Masaba also finds peace at her mother’s lap.

A home-cooked paratha is an act of hoisting a white flag. Both of them give each other hope and moral support in good and bad times.

Life Of A Divorcée

Being a divorcée in India is more of a hex. People divorce their spouses to find mental peace in life. But this idea sticks only if you are a man. Even Masaba Gupta, the founder of the world-known clothing line ‘House Of Masaba’, the creative mind behind the infamous Masaba designs, had to go through atrocities.

She couldn’t secure a lease for a house just because she was a divorcée. Being a female celebrity only made it worse. In the end, she finally gets a place of her own through a recommendation from her male colleague. Masaba Masaba is a series that is relatable in one or the other way to every woman out there. It shows how when life throws curveballs, one should kick it instead of tripping over it.