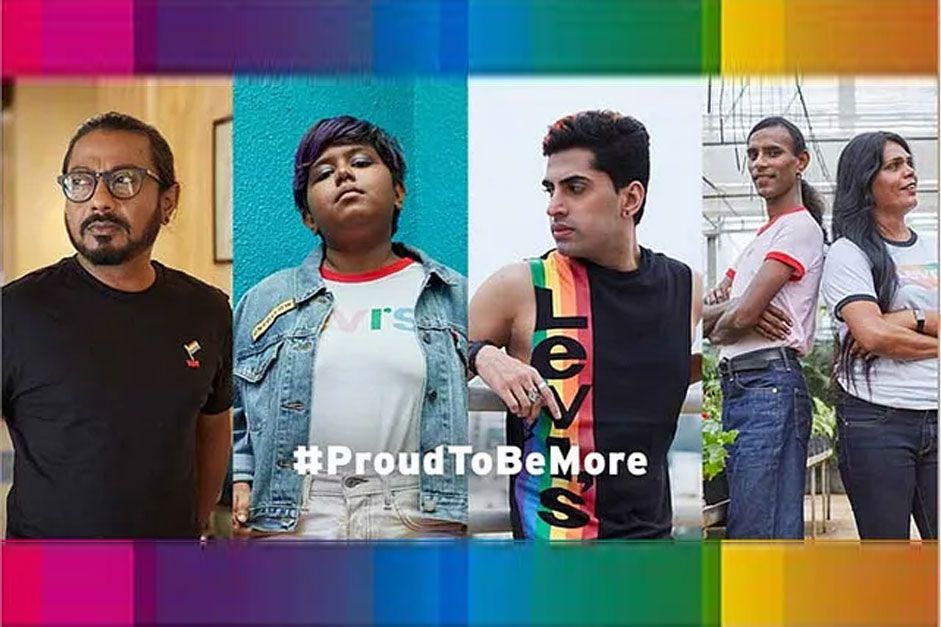 Paying its due respect to the proud community, Levi's has started its new initiative for the ones who refused to be restricted by the labels of their sexual orientation.  The campaign by Levi's, called #ProudToBeMore showcased the stories of people belonging to the LGBTQIA+ community, who believed life is much more than one’s sexuality. Levi’s has taken this crucial step towards freedom from discrimination and prosecution in the world’s largest democracy.

The decriminalization of Section 377 of the Indian Penal Code served as the powerful backdrop for society to tackle another battle against those who define individuals by their sexuality. Levi’s has continued to maintain its role in supporting the LGBTQIA+ community by building and encouraging an inclusive environment. The campaign ‘Proud To Be More’ showcased the stories of the individuals who have proudly owned their sexuality and have built a life on their own terms. It is a philosophy, a lifestyle that brought together these four self-assured personalities from different aspects of life.

Levi’s had tapped four personalities- Onir, Sushant Devgikr, Priyanka Paul, and Advani Art Project have shown various manifestations of a life that refuses to be but in a box. The stories in the campaign showed ‘Proud To Be More’ is more than just a statement. True to the campaign that emphasized on the lifestyle, Levi’s acknowledged the barriers of perception and yet allowed one to achieve greater values and refused one’s identity to remail limited to one’s sexuality.

Karen Riley Grant, VP marketing, Levi’s Asia and MENA says, “The #ProudToBeMore campaign is driven by the insight that an individual’s journey of discovering their gender, sexual orientation and preferences is a unique one. This campaign aims to celebrate those authentic individuals and their journeys. We hope to empower people to be proud, accept themselves for who they are and become an individual above their sexual orientation.”

The Inspirers of the Campaign

This campaign aims the celebrate these individual’s authenticity and their journeys. They to empower people to be proud and accept themselves and their individuality for who they are, above their sexual orientation.