Are You Having Late Periods After Stopping Birth Control? 7 Underlying Reasons 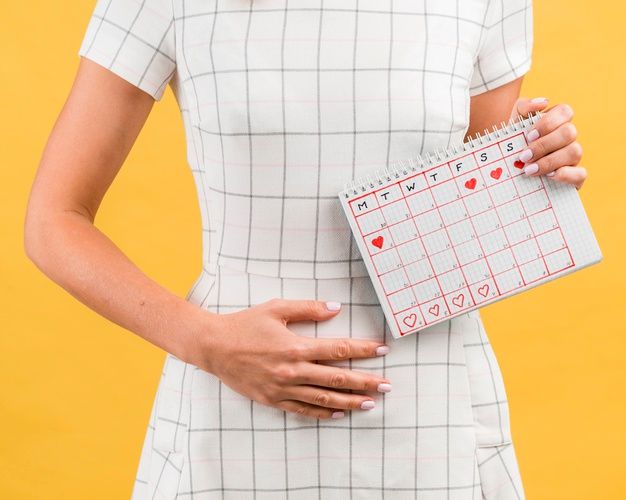 Since the pills cease the secretion of certain hormones that would otherwise be produced, they affect periods. Some pills lead to periods every month, known as withdrawal bleed after stopping the pill. This bleeding is much like that of menstrual bleeding and consists of mucus and blood. It happens due to the lowering of hormone levels in the body. On the other hand, the rest of the pills result in a condition known as post-pill amenorrhea, referring to no menstruation.

If you have been facing late periods after stopping birth control recently, this article’s for you. Find out the reasons for the same.

Here are the some reasons for late or no periods after stopping birth control:

You become extremely tired after working out for long durations. Have you wondered why this happens? It’s because of the depletion of energy from your body caused due to the overworking of the muscles. Due to the usage of energy from the body’s storage, the sexual or reproductive functions are paid less heed to and become slower.

The remaining energy is used for more crucial purposes. Thus, hormones get affected or revised. The hormones which regulate the process of ovulation get impacted and are not able to carry out their functions on time. Thus, you may experience late periods till the system goes back to its normal state. To avoid this, abstain from very intense exercising and do only as much as your body needs and is capable of being subjected to.

The cortisol or the stress hormone that’s released during stressful situations is responsible for hampering the hormonal balance of your body. Some signs of stress are headaches, lethargy, lack of sleep, bloating, and muscle cramps. Thus, when you’re suffering from stress, your periods tend to become more painful than they usually are. This is another reason for late periods after stopping birth control pills. To get rid of stress, try treatments like aromatherapy or cognitive behavioral therapy (CBT). Consult professionals for their advice regarding the same.

These are two types of growths that are found in the uterus, causing irregular periods and spotting. They are caused as a result of the overproduction of hormones and end up increasing blood flow. Fibroids are characterized by pain in the pelvis, urinary issues, and constipation. Polyps, on the other hand, have symptoms like infertility as well. In cases where they cause too much trouble, surgery is the best option.

Sudden weight gain or weight loss has negative impacts on the body, owing to late periods after stopping birth control. If you gain too much weight rapidly, the body is going to produce more estrogen. Overproduction of this hormone directs to erratic periods and hinders other reproductive functions. But, if your weight falls, the body would cease to produce the hormones required for ovulation, thereby pausing menstruation for the time being, or maybe more time.

Polycystic Ovary Disorder or Syndrome is a condition that signifies the emergence of growths or projections in the ovary, also known as cysts. The most common and widely known symptoms are immensely painful cramps, acne, nausea, irregular blood flow, etc. Moreover, people suffering from this condition are known to have more male hormones, thereby causing additional facial hair. If you have late periods after stopping birth control, you can blame it on your PCOD since ovaries with this disorder don’t contribute to ovulation.

Symptoms of certain diseases are suppressed or overpowered by contraceptive pills. Such conditions include thyroid disorders like hypothyroidism and hyperthyroidism. When you have a shortage of thyroid hormones, you are likely to have scanty blood flow or heavier blood flow and in some cases, no periods at all. A rise in body weight and fatigue are other symptoms. Hyperthyroidism, on the other hand, is characterized by weight loss and anxiety issues. Thyroid problems cannot be cured completely but can be kept in control with proper medication and healthy lifestyle changes.

People often make a grave mistake by thinking that they wouldn’t get pregnant if they’ve stopped taking the pills recently.

For some people, frequent unprotected sex even after stopping birth control doesn’t result in pregnancy whereas, in others, it does. This is a relative occurrence and to avoid risks, do not cease to take your pills. If you’ve noticed no periods after stopping birth control, you’ve got to consult your gynecologist immediately, since you might be pregnant. Symptoms like mood swings, nausea, tender breasts, headaches, tiredness, and food cravings are those of pregnancy. If you experience any of these, along with no sign of periods, you can assume that you’re pregnant.

We now know that if you have late periods after stopping birth control, there can be several factors behind it. If you don’t have periods for a few days, there’s not much to worry about. However, if there’s no menstruation for more than a couple of months, there’s a need to contact your doctor. You may have developed certain conditions or the ones that have been underlying and had been controlled by the pills may have relapsed. An even better option is to talk to your doctor before you consider coming off the pill. The changes in your body can be supervised well in such a case and future issues can be predicted before, based on your past conditions.