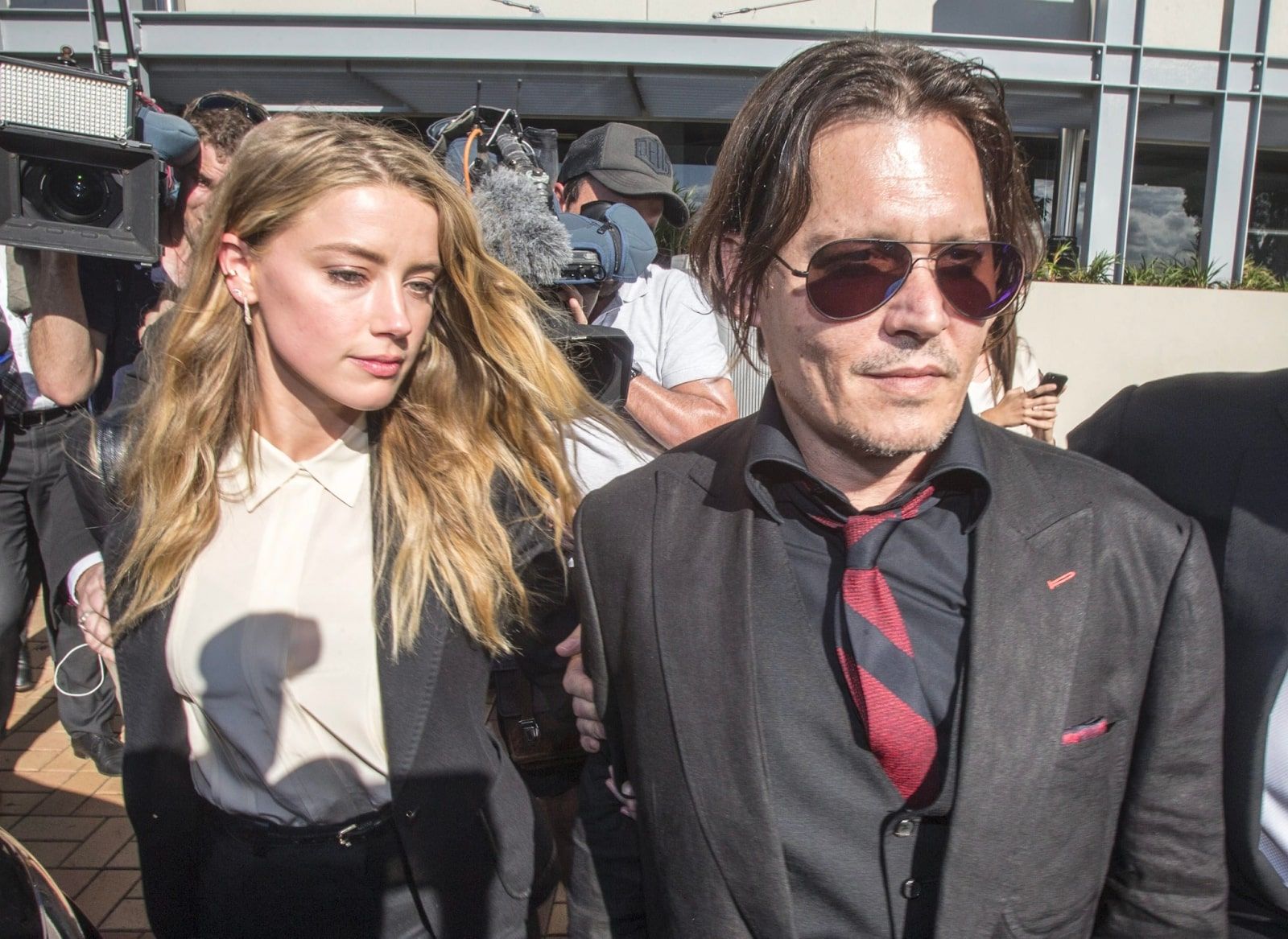 The relationship between Amber Heard and Johnny Depp has been rocky, to say the least. From the renowned dog smuggling incident to Amber's unexpected divorce filing, the couple went through it all. In addition to charges of abuse, numerous defamation lawsuits, and numerous court appearances for both stars, the most recent of which was Johnny's 2022 defamation trial, which he won.

On June 1, 2013, Johnny Depp prevailed in the defamation trial he conducted against Amber Heard, while Amber Heard was pretty unsuccessful in her countersuit. Actor Johnny Depp was granted $15 million in damages, which included $5 million in punitive penalties, which the judge stopped at $350,000 because of the state's legal limit. He is entitled to $10.35 million in compensation. The jury awarded Heard $2 million, concluding that Adam Waldman, a former Depp attorney, had defamed her. Johnny Depp and Amber Heard's case took over the internet.

In February 2015, Johnny Depp and Amber Heard got married in a civil wedding. Heard filed for divorce in May of 2016 and the court granted her request. Also, at the same time, she obtained a temporary restraining order against Depp. In her declaration to the court, Heard stated that throughout their relationship, Depp had been verbally and physically abusive. Also, this behavior typically occurred while he was under the influence of drugs or alcohol. Depp refuted the allegations and accused the woman of "attempting to gain a premature financial resolution."

Johnny Depp filed a lawsuit against Amber Heard, claiming that she defamed him in an opinion piece that she wrote for the Washington Post in 2018, in which she described herself as a victim of domestic abuse. Amber Heard filed a countersuit against Johnny Depp, claiming that the actor defamed her by calling her a liar and her claims "a fake." During their two-year marriage, both parties stated that they were victims of physical and emotional abuse at the hands of the other.

The Libel Case in the UK

An executive editor and publisher of The Sun, which published an article alleging that Depp had abused Amber Heard and referred to him as "a wife-beater," sued the actor in 2018 for defamation. Depp maintains his rejection of the accusation. The trial took place in the United Kingdom, which has a reputation for being a plaintiff-friendly jurisdiction.

The Sun had to prove that its accusations against the Hollywood star were true when the case went to trial in London. The trial was held at the Royal Courts of Justice in London for 16 days in July. Amber Heard was summoned by the newspaper to provide testimony. Between 2013 and 2016, she recalled 14 instances in which she claims Depp mistreated her.

Both Johnny Depp and Amber Heard were found guilty of defamation by a US jury. However, the jury was more sympathetic to the "Pirates of the Caribbean" star. The case hinged on accusations of domestic abuse, which were hotly debated during the trial. The verdict came at the end of a six-week trial in which both celebrities made and denied a lot of shocking claims.

Seven people on a jury in Virginia decided that Depp's reputation was hurt by an article Heard wrote in 2018 about "sexual violence" she had experienced. Therefore, they gave him $15 million in damages. Amber Heard listened with her eyes downcast as the verdict was read out in a court in Fairfax, Virginia, near the US capital. She later said she was "heartbroken" and "disappointed beyond words" by the outcome.

Depp, who was watching the trial from the UK, wrote on Instagram that the jury had "given me my life back." Heard wrote an opinion piece for The Washington Post in which she called herself a "public figure representing domestic abuse." She did not name Depp in the piece, but he sued her for implying that he was an abuser and asked for $50 million in damages. Heard, who was the main character in "Aquaman" and is 36 years old, sued Depp's lawyer, Adam Waldman, for $100 million. She was saying that he had hurt her reputation by saying things about her. The jury agreed that those statements hurt Heard's reputation and gave her damages, but at a much lower amount, $2 million.

There is no sign that Amber Heard's legal issues are going away any time soon. According to rumours, Amber Heard was being probed for perjury charges in Australia in 2015. This all is happening following her defamation trial against ex-husband Johnny Depp. Days after the judgement in the high-profile Johnny Depp and Amber Heard's case and defamation trial was proclaimed, a new report stated that she was involved in an "open and ongoing" investigation.

While filming Pirates of the Caribbean 5, Amber was being investigated for sneaking her two canines, Pistol and Boo, into the country, according to a report. At the time, the couple was married. According to the story, Australia has a severe 10-day quarantine regime, yet Amber smuggled her pets into the nation undeclared. In July of that year, Amber was accused of unlawfully importing two animals.

Johnny Depp and Amber Heard's case reflects the toxicity and domestic abuse. Any kind of abuse should be taken very seriously. No amount of fame or money can make up for the damage it does over time. Even though the trial is over, we may be thinking about abuse differently for a long time because of it. At the very least, the judiciary has done the job well.