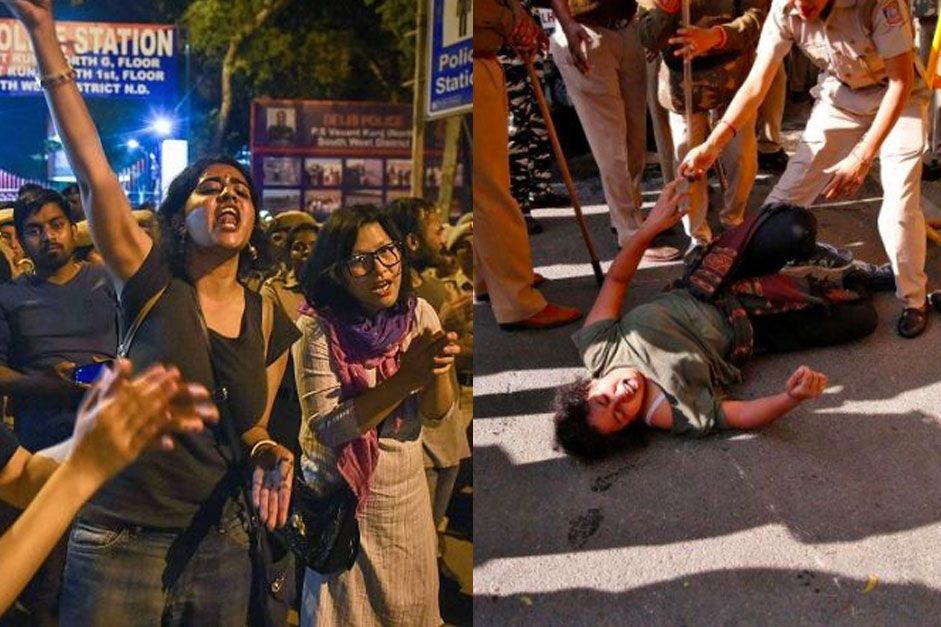 Agitated students opposed the proposed hike in the hostel and other fees by protesting against it. Less privileged students say that they may have to quit studies. On Monday, as hundreds of JNU students marched towards the Indian Parliament in New Delhi, they were stopped and baton-charged by the police and paramilitary forces.

According to the JNU annual report for 2017-18, of the 1556 candidates admitted in that academy year, almost 40% belong to lower and middle-income groups, where the family income was less than Rs12,000 month. The students said any hike in their fee would mean a direct hit on those coming from underprivileged backgrounds. The JNU controversies wrt the repercussions of this hike in fee lead to the protest by the students. Once again JNU students created the aura of tension on the roads of the capital which moved to a rough level. Following the protest, however, the government was forced to constitute a high-level committee to listen to the grievances of students.

Taking a terrible turn, parts of the city remained strained on Monday as hundreds of students took to the streets to protest against the fee hike. The protest gave birth to clashes between the student protestors and the Delhi Police. The JNU University students claimed that they were brutally beaten by the Delhi police personnel who lathi-charged the protesting students. According to a report by the police, around 30 police personnel and 15 students were injured.

Claiming violation of the law by the police, female protestors from the JNU protests were reported to be humiliated. On Tuesday, Jawaharlal Nehru University’s students’ union said that women students were manhandled by male police personnel during the protest. A student, named Sucheta Talukdar, who was also injured during the protest, claimed that a woman student’s foot got fractured during the protest as policemen stomped on her foot. There are claims that female students were abashedly beaten by the police during their lathi-charge. Many of them got severely injured and are now undergoing treatment.

There were several cases registered against Delhi Police for being cruel to the protesting students. Shashi Bhushan Pandey, a visually impaired student of JNU, claimed that police beat him up even after he told them that he was ‘differently-abled’. JNU students’ union president, Aishe Ghosh alleged that women students were man-held and groped by the policemen which is unacceptable and demands strict action against it.

In Defense of the allegations, a statement released by Delhi Police states that they did not use any force during the JNU students protests. “There was no use of water cannons, tear-gas or lathi charge at any stage of the JNU protests. Women staff was deployed in adequate numbers to deal with female protestors. Apart from 10 companies of CAPF, around 800 Delhi Police personnel were deployed to handle the protest. And ensure the maintenance of law and order.” it said.

The Jawaharlal Nehru University students’ union has demanded an apology from the Delhi police. They said, they will begin a protest against police atrocities as their next step if they will not be provided with the justice they demand from the authorities.