Jennifer Mistry Bansiwal Expresses Her Gratitude For Her Fans 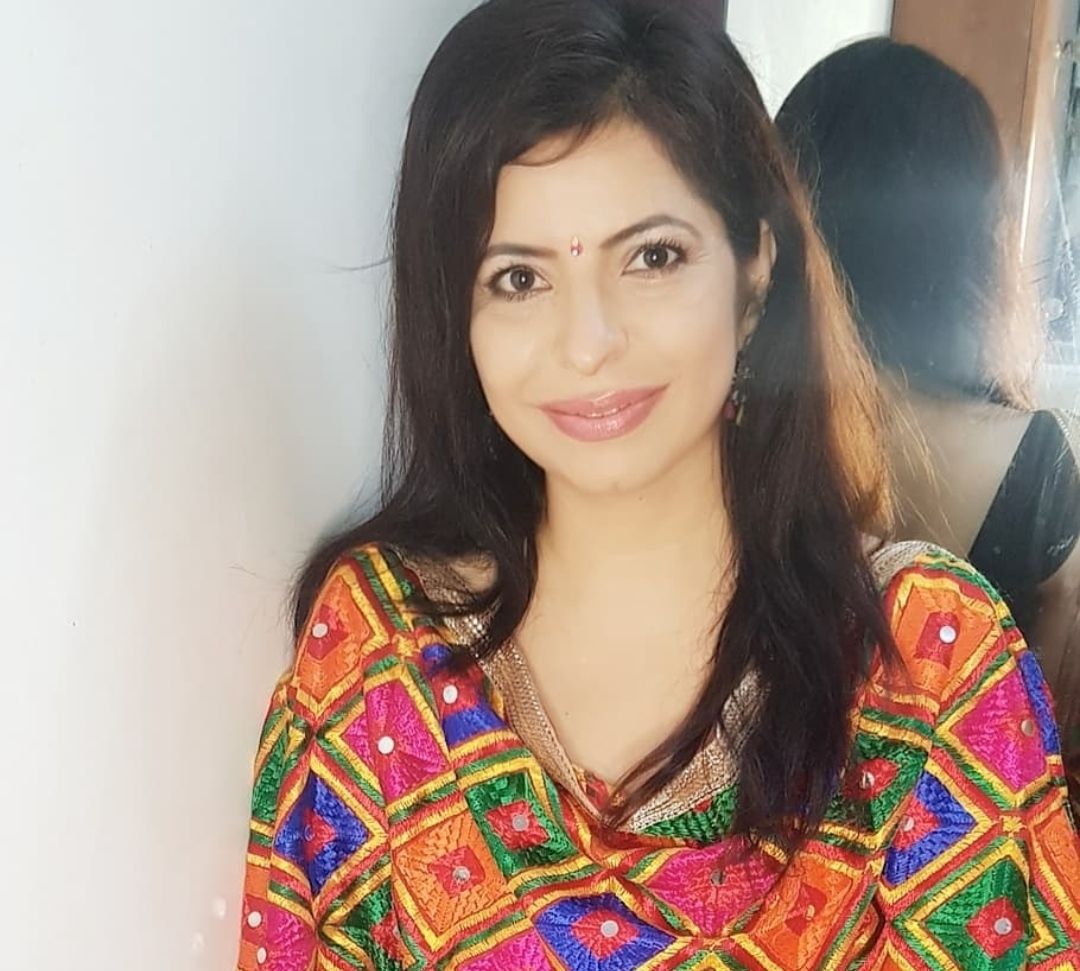 Jennifer Mistry Bansiwal aka Roshan Sodhi, is a beloved character, from one of the longest and most successful sitcoms in the history of Indian Television- Tarak Mehta Ka Ooltah Chashma.

Jennifer is not just a talented actress but also a doting mother to her daughter- Lekishaa. The lady with a million-dollar smile is extremely multi-talented; she is a black belt in Karate and also an accomplished Kathak dancer. Jennifer Mistry Bansiwal’s candid interaction with her fans on various social media platforms has further endeared her to them.

The Voice of Woman got talking with Jennifer to learn her views on various pressing concerns that women are subjected to by society.

In “Tarak Mehta Ka Ooltah Chashma”, you play the role of Mrs. Roshan Sodhi, who is in an inter-religious marriage, yet honor killing is still very much prevalent- your views on it?

Any type of killing is bad- whether its honour killing or any other forms of killing- how you can take someone’s life? But still, it happens in this world, because everyone has their Karmic account- whatever is written in someone’s Karma, that thing will happen, we can’t change it.

I do believe that souls select their Karma and mission on what they want to do in their life in the future. If a soul has to complete their Karma, then they accordingly choose such a family where honour killing happens, that’s my way of looking at it.

Unconditional love is the best thing in this world, and it is irrespective of caste or religion. There is no place for feeling degraded but then everyone has their personal views. It all depends on a person’s upbringing, environment, and education that they receive since childhood.

I wish such things don’t happen in this world anymore and let’s pray to God for the same!

You have been part of this hugely popular show- don’t you fear getting typecast?

I don’t fear getting typecast since I love my character and I have been doing it for so many years. To break the mould of any character takes mere seconds but then work is like God, you should keep doing it and enjoying it.

Even if you get typecast, if you are enjoying the process and also earning, then it shouldn’t be a problem. If I love and enjoy playing the role of Roshan Sodhi for the next 10 years, then I don’t mind getting typecast.

I work for 15 days for the serial in a month and the rest of the time I can spend time with my family, so I have no qualms of being typecast. But to break the mould and change one’s perception takes hardly any time. The way we think gets reflected in our life, so if I keep thinking that something bad will happen, it will reflect in my environment. But I always hope that everything will be good because only good prevails.

With positive thinking and energy, anything in life is possible!

Social media has brought fans closer to their favourite stars. Please share the impact that fans have in the lives of the stars?

We are here because of our fans, otherwise, we are nothing and social media has even brought us close to our fans. Previously they could talk to us only if they met us, but now due to social media platforms like Instagram, Facebook, Twitter, and YouTube, they can interact with us regularly.

I have a video of my home on YouTube- and the number of comments that I received on it, I realised the depth of the love that people shower on me. Their connection, views, compliments, and grievances, we learn about everything through social media.

Dowry deaths and harassment in terms of dowry is still prevalent- what are your thoughts regarding this?

Dowry is bad. Someone is giving you their daughter, a piece of their heart, whom they have raised for so many years, and you ask for money and jewellery, and car and bungalow and whatnot- that is not done!

You got their most precious thing- their daughters, what else can you want. What you have to get in life, you will get on your own. If it’s there in your life, you will get all the things that you aspire for. But if you forcibly ask for something without even considering if the person can even afford it.

When such people don’t get their demands met, you have these heinous dowry deaths and that’s unacceptable and not right! Killing over anything is not good.

Even with the ongoing fight for gender equality, women still find their place to be in the kitchen. How do we stop this mentality?

I believe that it is not always the case, this doesn’t happen with everyone. A woman has to create a place for herself- wherein she does household chores as well as outside work too.

Even if you are just doing household chores, you should still do something for yourself. You can follow a lot of passion from home like painting, singing, dancing, or take some classes- so that you have an existence of your own.

Working women who earn more or are successful than their partners, can often lead to ego clash- how should we deal in such situations?

A marriage is like a bike, and both wife and husband are its two wheels, and life can’t go on without either of them. Even if one partner is not there, how will life go on? So, if one person is earning more, it doesn’t mean that the other one is inferior because they might be good at something else.

There should be mutual understanding as they have to move forward together. Both husband and wife should value each other and should have unconditional love- in such situations there is no place for the financial disparity between partners.

You are a black belt in Karate, why is it important for women to learn self-defence?

I started learning Karate when I was 13 years old, my mom had only urged me to learn it and I had completed till my black belt. I hadn’t practised Karate since 1995 and after a hiatus of 25 years again I have started practising it now. This is because my daughter- Lekissha, has started Karate for the last 2 years and she has already won 10 medals and she is only 7 years old!

Seeing her achievement, I realised that this is such a beautiful thing- a common bond between mother and daughter.

Karate is a good form of exercise and it can also be used for self-defence. You never know when this skill might come handy because the people we meet aren’t always of the right kind. It also helps in building self-confidence. Every woman must learn self-defence.

What kind of precautions is necessary to get back to shooting in this new-normal?

Yes, precautions are extremely necessary because of this current pandemic situation. But the production team is taking every precaution necessary- everything is getting regularly sanitised.

But every actor has to take care of themselves. Everyone has to individually take note of maintaining social distancing when interacting with the cast members and crew, how to regularly sanitise themselves, and follow stringent hygiene even after coming home- like taking shower and keeping the outside clothes apart.

A big thank you to my fans and the readers of the Voice of Woman!

Our existence is there because you are here and I am extremely grateful that I have been constantly receiving love from everyone for so many years. It is because of such viewers that the show- Tarak Mehta Ka Ooltah Chashma- and each of the characters has been receiving so much love, and it is a huge feat!

I feel that I am blessed that I have been associated with this serial for so long and people from every age group have shown their love and appreciation. So, a huge heartfelt THANK YOU to everyone!