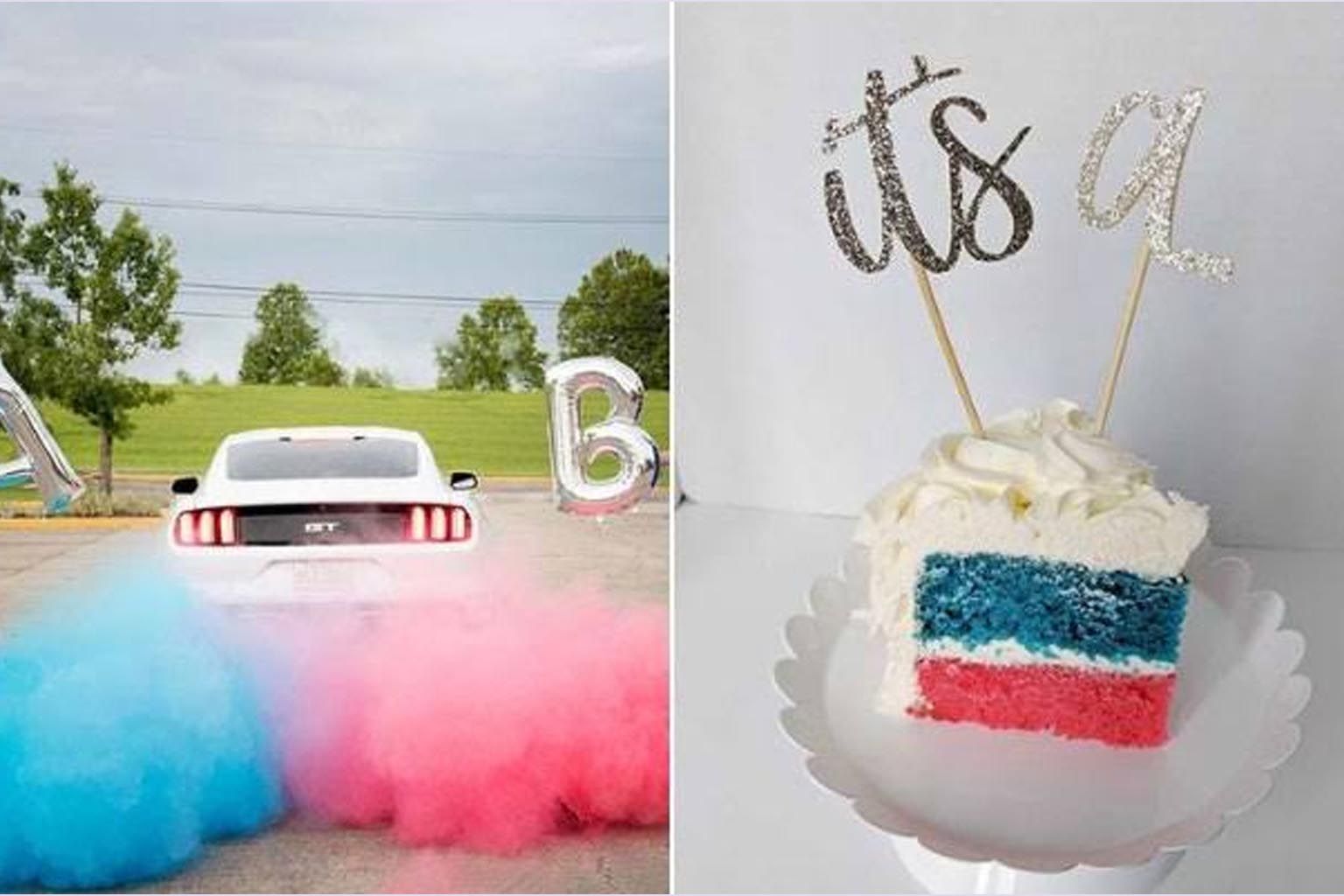 Pregnancy is a beautiful phase of life, both for the woman and the man. It gets more exciting when the couple wishes to know the gender of the baby and share it with family and friends. There are many different ways to reveal the gender of the baby. Some do it through beautifully printed cards in either blue or pink (depending on the baby gender), whereas some couples choose gender-specific colored confetti to be showered on the family. Over the years, there have been more innovative ways to reveal the gender which has caught our attention and left us in awe.

Following are some of the most attractive gender reveal ideas:

This box can be made of cardboard or cloth and be filled with pink or blue confetti. Explode this box to hurl the confetti on the couple or the family and give a smashing gender reveal surprise!

If you are planning a sports-based gender reveal party, then this is apt for you.  Let your guests wear blue or pink outfits and ask them to cast their votes. An innovative card game or paper game revealing the gender of the baby would definitely surprise them.

The sorting hat of Harry Potter’s fame became immensely famous after the movie. The same can be used to reveal the gender of the baby where a piece of baby clothing can be hidden under the sorting hat and the couple can lift it up to reveal.

This is one of the astonishing gender reveal ideas that has taken the reveal game to the next level. Recently, a nail artist painted her nails with gender-specific pink and blue colors and placed a miniature cake on top of a finger which lit up with a blue or pink flame when it is burnt. This flame reveals the gender of the baby! If you want to keep your guests awed, this is the idea for you!

If the family has Star Wars fans, then getting a Star War lightsaber to fire up and reveal the gender would be a brilliant idea. For the boy baby, the lightsaber will glow blue and for the girl baby it will light up in fiery pink.

Tires screeching and burning out blue or pink smoke to reveal the gender, isn’t that cool? This reveal idea is favorite for car lovers and adventure enthusiasts. Getting the vehicle into gear and smoking up to let the family know about the baby is definitely cool!

Splashing blue or pink paint or using paint guns to soak the couple into the color of their baby gender is a beautiful way to share happiness with the proud parents-to-be.

Game of Thrones fan would love this unique reveal idea! The dragon egg is a mysterious reveal egg which has black scales on the outside but it gradually changes its color to blue or pink when heated to room temperature. This reveal is a mysterious entity in itself!

This is a tastier way of revealing the baby gender. Bake lots of cupcakes in pink and blue colors and a big baby gender themed color. Hide the cupcakes across the house and let guests look for them and earn them as treats. Thereafter, pull your guests in for the big surprise by revealing the baby’s gender with the big cake.

Surprise the guests and reveal the baby gender with a smoke bomb! Gather the guests on an outdoor space and let lose a smoke bomb in pink or blue and reveal if the baby is a he or a she. This is one of the most popular and beautiful ways of gender reveal.

Blast confetti in blue or pink on the guests and reveal the baby gender. The party poppers never fail and they set up a great festivity vibe in the house.

Give a dramatic approach to the gender reveal idea by bringing in fireworks of the gender color. This idea, however, would require the couple to take extra caution and help of professionals to not cause harm to anyone. There are many new ideas coming up each day which gives new magic and awesomeness to the gender reveal charm. Couples love to share the beautiful news with family and friends in innovative ways spreading happiness to all of the guests present at the party.