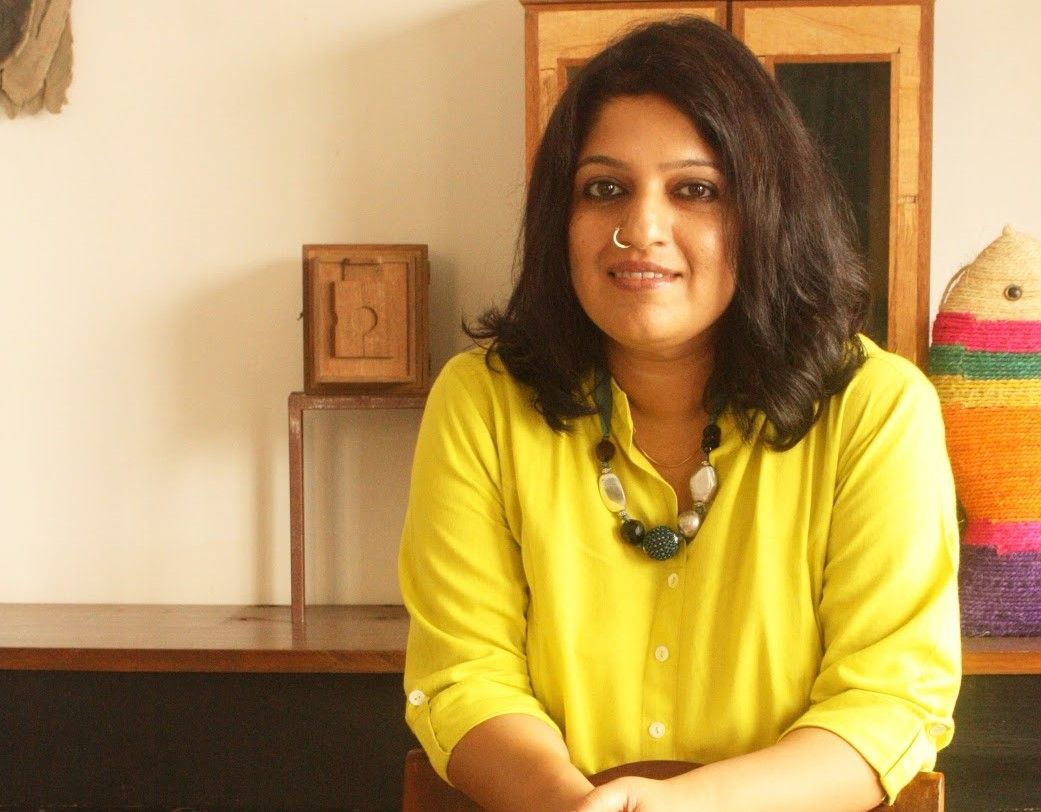 Women need to see themselves as true and authentic and not caricatures: Indira Rangarajan

Indira Rangarajan, the National Content Director of Mirchi, which is considered as the earliest and pioneering entertainment network in India. She has been associated with Mirchi for over 14 years and has been instrumental in ushering in a new era of content.

Indira has made it possible for the radio to become not just an auditory extravaganza but also a visual treat, with more shows like with the show ‘What Women Want’ which was hosted by Bollywood A-lister, Kareena Kapoor Khan.

Rangarajan has won several awards for her exemplary work, including the prestigious Chairman Award for Excellence, Bennet Coleman Co. Ltd. in 2016 and the Golden Mics, Era awards and New York Festival award for the Karan Johar and Kareen Kapoor Khan shows.

Indira Rangarajan brings her innate musicality and vast experience while creating music content for television channels like Zee and Colors with shows like Mirchi Music Awards and Mirchi Top 20. This former creative director for leading advertising agencies like SSC&B, Ogilvy and Mather is extremely vociferous about women’s issues and strives to promote mental health awareness.

Read about the enigmatic woman that is Indira Rangarajan

The Voice of Woman is proud to present Indira Rangarajan and learn from this dynamic lady the prerequisites of becoming a content creator in media, the need for breaking the shackles of gender stereotypes especially, for women.

Often youngsters have to sacrifice their career for a ‘safe’ career choice: how can one follow their heart?

Today, there is no such thing as ‘safe’ career choice. Thanks to the pandemic and because of that, traditional and non-traditional careers are getting a make-over. What is more important is for a young person who is starting in these times is to spend some time understanding herself.

The closer one is to knowing oneself, the better the choices we make. It is then that much easier convincing family members about one’s choice. Luckily, there are so many more options available today in various fields be it in media, arts, films, environment, sports. There are personalities in every field who are easily accessible on social media. Researching about the field you are interested in and interacting with them will help solidify intentions and that passion can move mountains!

With tremendous advancement in digital media and visual media, how can radio remain popular in today’s times?

What people want is curated music and entertaining content for them, whether they consume it in their cars or homes via a radio set or on their mobile phones or apps, it no longer matters. Radio complements digital or visual media and is no longer in competition with these platforms.

Radio has seamlessly transitioned over to the online world via Web Radio for music and Podcasts for non-music content. Today popularity and audience acceptance depend on how good and relatable or intriguing the content is. Hence popularity is platform agnostic and the key for all platforms and content developers, the key is to remain relevant, insightful, and entertaining.

What are some of the prerequisites for becoming a successful RJ?

The role of a traditional RJ – the radio jockey has evolved into a wholesome content creator.

The RJ’s now create content in both the audio and visual medium for the radio station’s website and social pages.

Like other known personalities, they have their own set of fans accessing them on social platforms beyond the radio medium. They need to connect with their audience and be able to communicate in a way that is endearing and funny.

An RJ needs to be well-read and have a point of view on issues that matter to their audience. They must be fluent in whichever language they communicate in and be at ease in different media and platforms.

Even though women are conquering every gender barrier, yet society conforms them to stereotypes, what is your view on this?

Stereotypes exist and it is not likely to vanish or be wished away. We need to systematically break them down at every given opportunity – both at a personal level and in media. Proper representation is crucial.

Women need to see themselves as true and authentic and not caricatures. Women sometimes shy away from pushing themselves to take up opportunities or negotiating harder. Women have this need to be perfect and that prevents us from taking risks and asking for bigger roles. That needs to change. It can happen when women who have climbed the ladder mentored fellow women, guide and give them the confidence that they can do anything.

Failures are part of life, how do you deal with setbacks?

There is no easy way and there are people who do this dealing-with-setbacks a lot better than I do. I usually hunker down and hope the problem goes away which is typical avoidance behaviour and then there are times when I hunker down and just take each day as it comes. I am more of a go-with-the-flow sort of person and that is the way I take the setbacks too.

As a woman what is your biggest strength? What makes you stand apart from your male counterparts?

I don’t see any special strength because of my gender. I feel bringing gender into this, makes the discrimination more apparent. No special treatment or adjustments, just a level playing field is all one wants.  My biggest strength is my ability to carry on. I don’t give up that easily. I persevere.

Music therapy has been proven to be extremely beneficial: what has been the role of music in your life?

Surprisingly, ever since music became work, I’ve stopped being able to look at it as therapy. I listen to music with more critical ears since I’ve to choose the songs for the stations – be in FM or WebRadio, so it’s part of my to-do list rather than my wind-down list. But yes, every time I need to self-soothe, I turn to music. Primarily Indian, Bollywood and Classical.

In the world of Radio, is their gender diversity or women still lack popular slots?

For the most part, entertainment media is gender agnostic. It’s all about how good your content is rather than your gender. In our business, we have women at every level, however, it does tend to thin out as you move up the leadership chain.

More women need to stay the course right to the top and organizations need to create the environment for them to get to the C-suite. If there is another area where I would love to see/hear more women, it is in Audio design and music composition.

As National Content Director for Mirchi, how do you maintain your place as the industry leaders?

I don’t try too hard to maintain any place or position. I let my work do the talking. I am always looking to do something interesting and new and that keeps me going. I also like to be a learner for life, and I don’t pretend to know everything. I’ve no shame in saying I do not know. That keeps me agile and cynicism-free!

Please share a message for the readers of the Voice of Woman.

You have a voice. Make people hear it loud and clear!