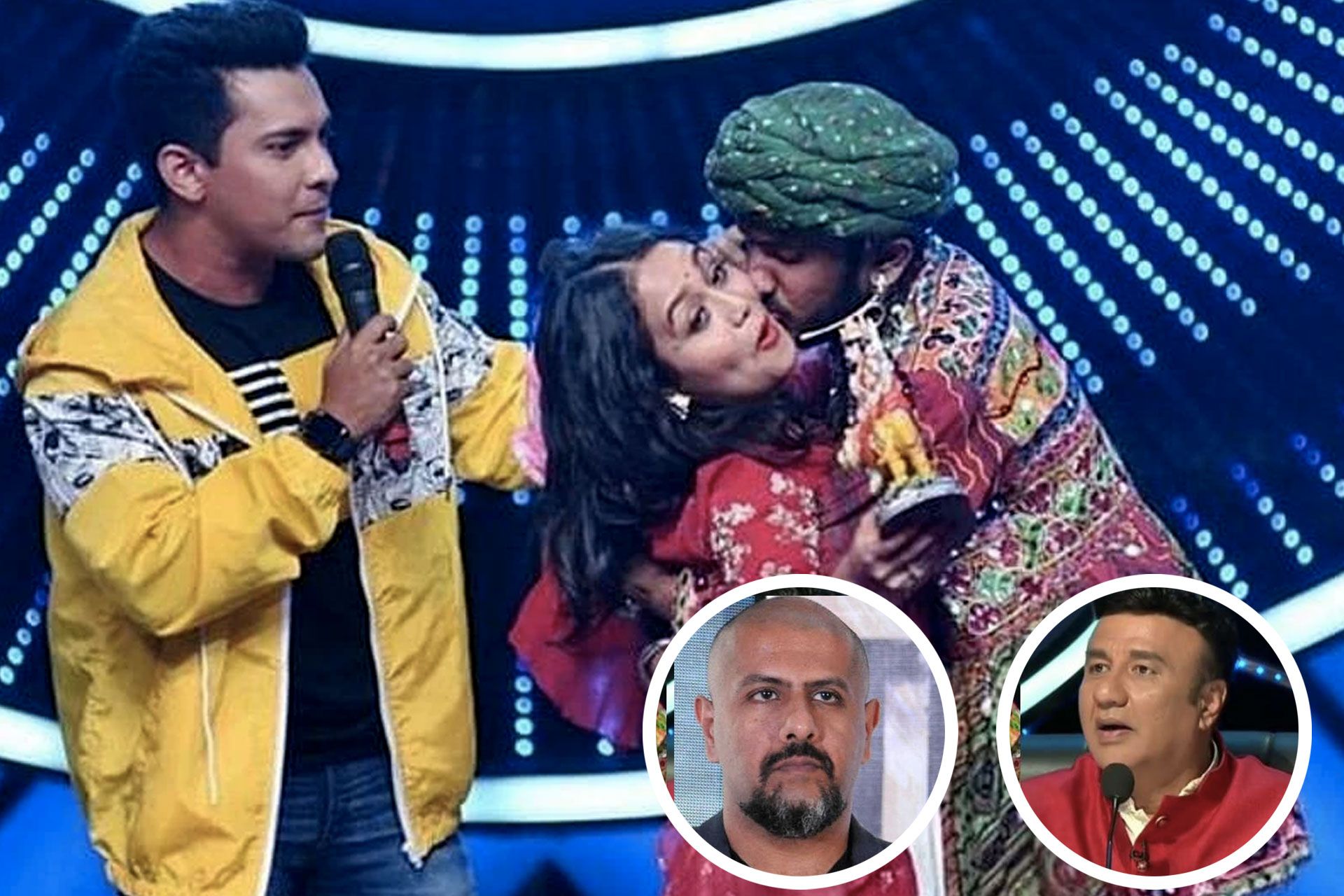 Neha Kakkar is not only one of the most well-known female singers of the country but, she is also a famous reality show judge. Being kind-hearted, she is often trolled for shedding tears easily. Recently, she is a judge on season 11 of Indian Idol, the popular singing reality show. Neha Kakkar has a huge fanbase but, a certain fan of hers crossed a line he shouldn’t have.

The judges often come to the stage to bless the contestants, console them after they lose, or to congratulate them on a good performance. This is a common scenario. But, what happened recently was anything but normal. As Neha Kakkar went on stage to receive a gift from a contestant, he forcibly kissed Neha on the cheek, catching her completely off guard. Not only did he kiss her but, he had his arms wrapped around her as well, holding her in an embrace that Neha didn’t agree to.

Reactions from Host and Judges

The host of the show Aditya Narayan said “It was shocking. You don’t expect such an incident to happen. Our first reaction was to get him away from Neha Kakkar. I don’t know if the makers have taken any action against him. As a host at that moment, I tried to safeguard Neha. What happens next is not in my hands.” Aditya Narayan seemed to be sympathetic towards the contestant when he said “I know this man has a tattoo of Neha on his hands. So in some way, this man must have immense love for her. You kind of feel for them as well. But you need to make them aware of where to draw the line.”Miss Kakkar was visibly upset as Aditya stepped in to protect her from the contestant.

The promo of the episode gained a lot of flack on social media. Vishal Dadlani, a fellow judge on the show, replied to a concerned fan on Twitter by saying “I suggested that the Police be called, but Neha decided to let the guy off the hook. He definitely needs psychiatric help, and we will try to help him get that if we can.” Many people have questioned the intentions behind running this controversial promo for Indian Idol. While some are saying it is to gain cheap publicity, the host Narayan defended Indian Idol by saying that the show does not need such promotion.

Women celebrities being forcibly kissed is unfortunately not breaking news. Back in 200, every news channel was running the clip of singer Mika Singh forcibly kissing Rakhi Sawant, as she stood there visibly shocked.  Mika Singh went on to say that she had kissed him before and that he was just reciprocating. But, Rakhi didn’t seem to agree as she registered a molestation case against Mika Singh.

Whether it was a 15-year-old Rekha who had to kiss then 40-year-old Vishwajeet in a movie scene or it was Tanushree Dutta who filed a case against Nana Patekar for sexual harassment, you will find many such incidences that will leave you shocked. One can just hope that proper investigation is done in the concerned matter and that the guilty are punished.