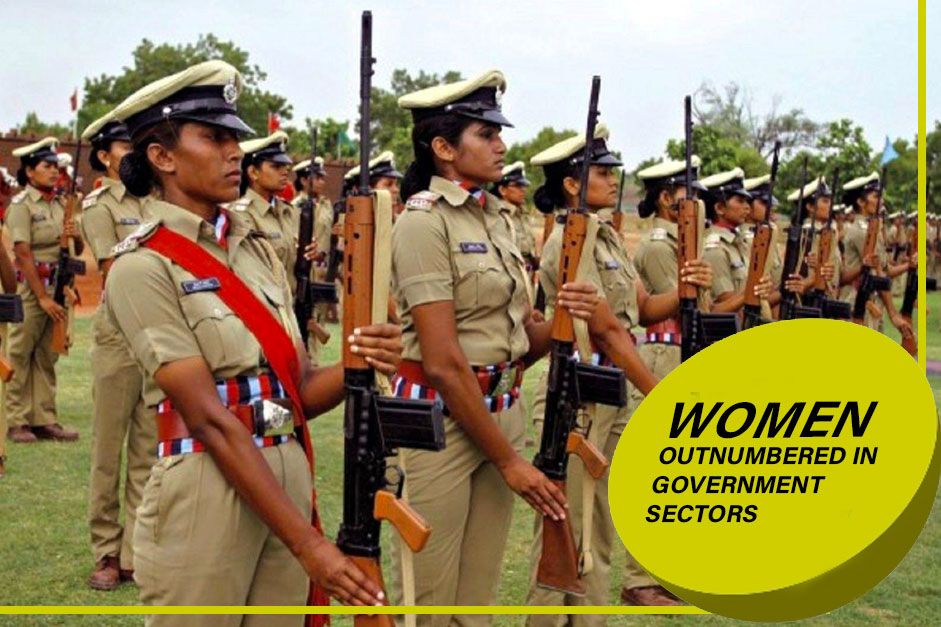 There are over 2.4 million police personnel in India. Women comprise only 7% of that total percentage. At the current rate, it will take about half a decade for women to reach the acceptable 33%. The India Justice Report is commissioned by Tata Trusts. On their website, it says “The Tata Trust’s mission is to improve the quality of life, and an effectively functioning justice system is critical to this, not simply at an individual level, but for the economic and social development of the country as a whole.” The report is made by a group of non-profit organizations that are supported by Tata Trusts.

Their first report, which was released on the 7th of November, 2019 shows that women are very poorly represented in Government sectors of India. The statistics show that women comprise only about 10% of the staff in prisons, 7%, in police, and about 26.5% of all the high court judges.

The statistics are rankling for a country where half of the population is female. The report said “Even if states commit to increasing women’s representation at a modest additional 1 per cent per annum, it will take most of them and institutions decades to reach even to this aspirational 33 per cent,” India has about 25 high courts. Yet, in known states like Himachal Pradesh, Uttarakhand, Chattisgarh, and Meghalaya, you will not find a single female judge. However, it is noteworthy that the statistics are better in lower courts.

Telangana and Punjab have some of the highest percentages of females at the subordinate level. Punjab has about 33% while Telangana leads with a strong 44%. Bihar is one of the worst performers with 11.5% and 6.3% in lower courts and high courts respectively. The report also highlighted the low representation of women as lawyers. All across India, there are only 18% of women legal service lawyers. The India Justice Report also found that almost all the states have vacancies across the four pillars of the judiciary system (police, judiciary, prison, and legal aid). But, the funds are hugely mismanaged.

The Need for More

One of the most crucial findings was that the states spend less than 1 rupee per capita income on providing the marginalized with free legal services. It further states how only “6.4 percent of the entire police force has been provided in-service training.” More than 28 million cases pending in the Indian subordinate courts. About 24% of that figure has been pending for more than five years. These statistics show a crumbling picture of the judiciary system and raises some crucial questions.

The first-of-its-kind initiative (India Justice Report) has done its part by bringing forth all the essential facts and figures. Proper measures need to be taken urgently to not only fill the vacancies but, also help and enable women to play a bigger role. The role of women will help boost the economy as well. According to the International Monetary Fund(IMF), if women participated just as much as men did, it would boost the economy by a substantial 27%.