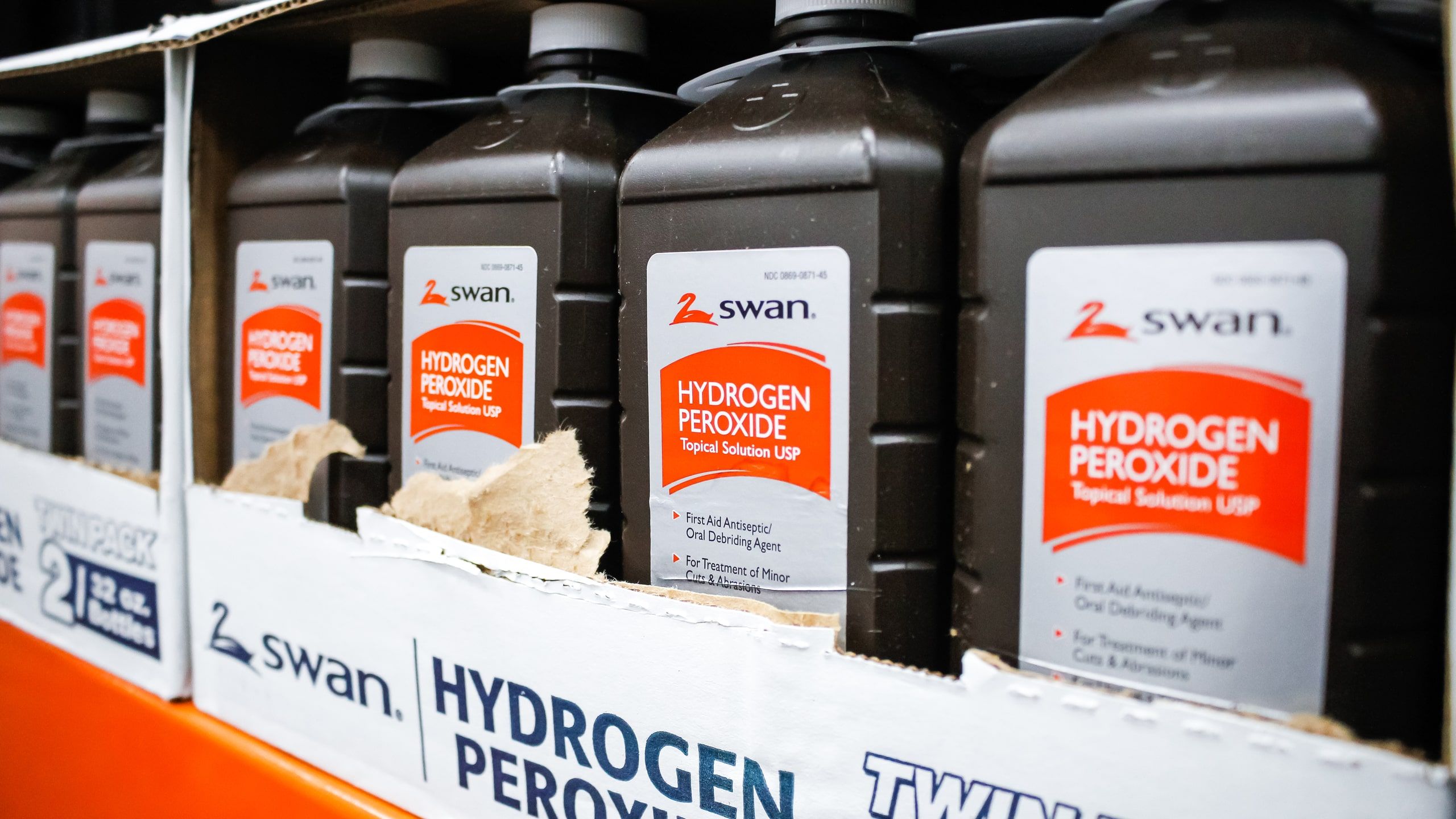 Hydrogen Peroxide is an odorless, and colorless liquid chemical solution that has more than one oxygen than water in its chemical structure. This one extra molecule makes it a very strong oxidizing agent and hence it has a variety of purposes to serve. However, its usage depends on the percentage combination and concentration content. The market availability of hydrogen peroxide is usually in the range of three to ninety percent concentration.

Listed below are the various concentrations available commonly in the market and their specific and common uses according to the particular concentration.

3. Thirty-five percent concentration: One of the most debated ones, this concentration is mainly used to treat various medical ailments. It is also commonly termed as food grade hydrogen peroxide.

Not all of these concentrations are recommended for usage by common people without proper and previous expert consultation. To know some of the common uses backed by science, keep reading ahead.

You can clean the sink of your kitchen using hydrogen peroxide. After wetting the surface of the sink, sprinkle some baking soda on a sponge and scrub the sink.

After scrubbing, pour the hydrogen peroxide solution, let it sit for a while before rinsing it away.

Because of the continuous usage, bacteria may get accumulated on your kitchen counter and cutting board. Use hydrogen peroxide for disinfecting these surfaces. Make sure that you let the solution sit for ten minutes at room temperature before washing it away.

You might be surprised by this benefit of hydrogen peroxide. You can use the solution to wash your vegetables and keep them fresh for longer in your refrigerator. This helps in increasing the shelf life of vegetable products. For tough-skinned vegetables like potatoes, carrots, soak the vegetables for thirty minutes in the solution of one-fourth cup of hydrogen peroxide in one-gallon water before rinsing. The time duration should be twenty minutes for light-skinned vegetables.

Your trashcan can become a storehouse of bacteria and fungi if you are not cleaned properly. Disinfect your trash can with hydrogen peroxide solution to get rid of harmful microbes. Spray the container with equal parts of water and hydrogen peroxide and then let it dry for several hours in the sun.

Our bathrooms are spaces that host a variety of microorganisms from bacteria, fungi, viruses, and spores. It is best to deep clean your entire bathroom with half a cup of hydrogen peroxide that will help you in killing the germs and make your bathroom extra clean.

Don’t we all love spot-free mirrors for our Instagram OOTD shots? Well, hydrogen peroxide is just the thing that you need to have a clean spotless mirror. You can use the same to clean all glass surfaces of your house. Just spray a 1:1 solution, that is, equal parts of hydrogen peroxide and water and with a help of a paper towel or lint-free cloth, sweep the surface clean.

There have been times when we spilled our drinks on our favorite dresses. Experts believe that hydrogen peroxide has shown effective results in cleaning away stains like that of food, drinks, blood, etc. from fabrics. Reverse the fabric and apply the solution, scrub for a while, and rinse it away.

Save your plants from fungal infections

We have all been the culprits of killing our plants. And, most of the time we don’t even know how our plants died. Sometimes, infections from fungus or other bacteria may kill your plant. To save your plants, and for being a good plant parent – spray a solution made with 4 teaspoons of hydrogen peroxide in one pint of water on your plants and get rid of fungal infections. Be cautious, a higher concentration may be very harmful to your plants.

Even though there are many uses of what seems to be this magical solution of hydrogen peroxide – science has proved otherwise. For instance, many home remedies blogs cite hydrogen peroxide as a good and effective treatment for improvement in acne, cuts, burns, and even for lightening skin but there is no evidence by science to show these results.

Rather experts suggest that one should refrain from using hydrogen peroxide and that it has many side effects like decreasing healing time by affecting the fibroblasts cells.

Additionally, some people suggest hydrogen peroxide for treating ailments like cancer, diabetes, and others. But you must know that there is no scientific evidence at all to show the effectiveness of hydrogen peroxide in the treatment of these medical ailments. Rather, the release of hydrogen peroxide from cells in the body during cancer causes a faster proliferation of cancer and deteriorates the condition.

When we ask the question of “Is Hydrogen Peroxide Safe?” – we must bear in mind its harmful side effects as mentioned by experts in the field of chemical science.

Moreover, drinking hydrogen peroxide is not at all safe either. In severe cases, it may prove fatal and life-threatening. It can lead to vomiting, bloating, stomach aches, and even ulceration in the digestive lining of the body. If anyone ingested hydrogen peroxide by mistake, they must be taken to the nearest emergency room immediately without any delay.

Do not forget to do small patch tests before trying on the uses of three percent hydrogen peroxide.