How to Stop Habit Of Touching Your Face Frequently? 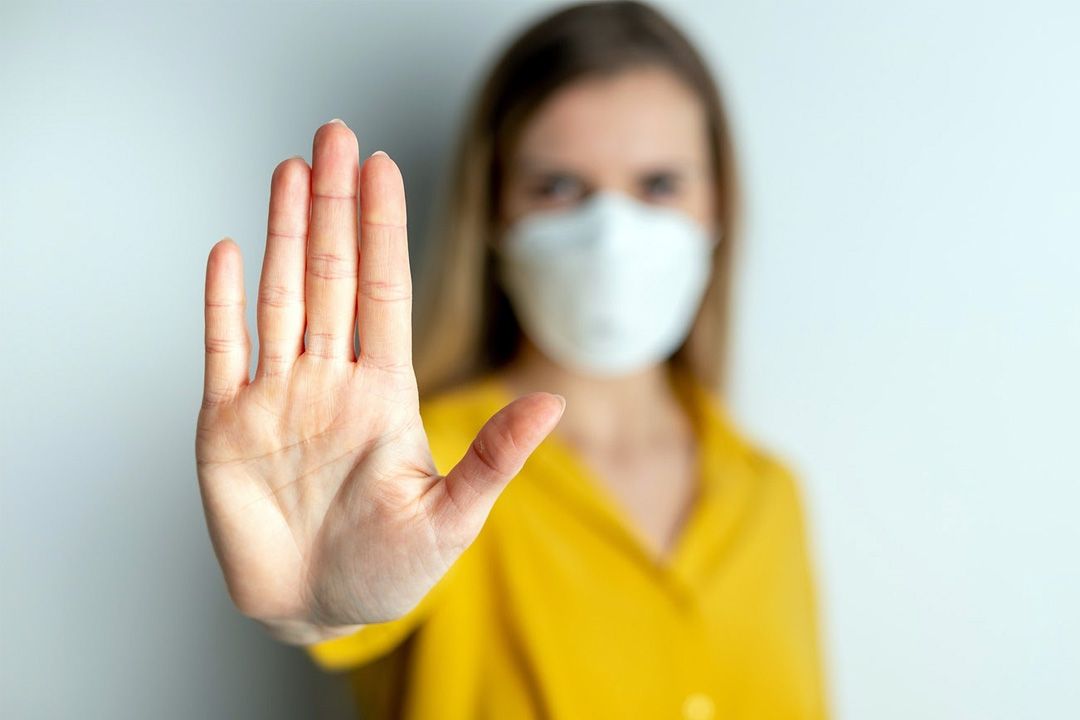 Humans, unlike other species, have an unusual habit of continually touching their faces. The human species are known to have their hands on face, often unintentionally and without even noticing! Studies have shown that humans are more susceptible to touch the part near the chin, and the areas near the mouth, nose, and eyes. This is a particularly bad habit, considering the present pandemic situation where we are advised not to touch our faces frequently. So, stop touching your face!

Frequent touching our faces makes us prone to infecting ourselves with germs, pollution, and viruses, which eventually harm the human body by bringing in diseases. When we touch the face, we transmit the bacteria and viruses we pick up on our hands when we touch the environment, directly to the face and sensitive skin. While most other species touch their faces either for grooming or to drive pests and insects away, humans touch the face for all kinds of reasons. According to psychologies, face touching is a fundamental behavior of the human species.  Touching the faces can also be said to be a self-soothing mechanism.

The skin-to-skin contact releases the oxytocin hormone, which helps in bringing in calmness and reduces stress. In 2012, researchers observed a sample of randomly selected people in public spaces in Florianopolis, Brazil, and on a subway in Washington DC, US. They then found that the people, who weren’t aware of being watched, touched surfaces around them and then reached for their nose or mouth more than three times every hour. The touching of face unintentionally is a habit one can hardly get rid of.

In addition to being a transmitter of germs, ‘touching the face’ also affects a person’s complexion. According to the American Academy of Dermatology (AAD), not ‘touching the face’ always is crucial for people looking to control oily skin. Touching the face can spread dirt, oil, and bacteria on the face, which will clog the skin pores and lead to breakouts and oily skin. The AAD recommends one to touch the face only when cleansing, moisturizing, or applying cream or makeup, that too with clean hands.

How to Stop Touching Your Face

Here we have listed ways about not touching your face

Psychologists across the world often stated that people should focus on acceptable counter-behaviors when they need to break an unhealthy habit. If a person always and unconsciously touches the face, they can think of another area to touch without increasing the risk of infection, like touching the arm. The point of reversing a habit is to select a competing behavior instead, which is similar yet diverting from the original one.

Repeating and reminding oneself not to touch the face won’t work, trying to repress the urge to touch the face or chin can make the desire worse than before. Instead, be aware of the urge, and when you’re aware, practice the competing behavior instead.

If a person is looking for another subconscious way to keep the hands busy and away from your face, physically touching something else may help. They can get hold of stress balls or wooden ‘chakra’ beads as a substitute to face touching. These will keep the hands busy and divert the mind from touching the face. One can also opt for a sensory ball to squeeze, though it should be sanitized well before use.

Also, use a scented hand sanitizer or a scented hand soap that will help to remind you to avoid touching the face. The smell of the infused product would draw attention and to the reminder.

In such a situation, if a person is prone to touching their eyes while on contact lenses, they can opt for glasses instead. Switching to glasses for a while can reduce the need to touch the eyes frequently.

Count every time a person touches the face. They can use a sheet of graph paper, or the lap timer on the smartphone, keep it with them and religiously record every single time the hands go to touch the face. Doing this will surely make them more conscious, and within minutes it will drop the rate enough to keep track of it and stop touching your face frequently.

Sometimes a regular daily reminder proves useful for people, especially in the beginning. Schedule a daily reminder on the phone or place sticky notes in front of the work desk and certain places to remind yourself not to touch your face.

Wearing gloves is another effective way of not to touch your face. This will also prevent transmitting germs and bacteria from the hands to the face as the gloves will offer protection.

Ask colleagues and friends to remind you always about not touching your face. They will be a reminder to you and may help you to break down the habit completely.

Recognize the Trigger to Stop Touching Your Face

If a person recognizes the situation that triggers the touching, they can know how to stop touching your face. People who continuously touch their eyes can wear glasses. If your hands go to face because of itch or pimple, opt for treatment immediately instead of handling it.

This will avoid any spread of infection and keep the face clean. Additionally, the trigger to hands-on face may also be brushing the hair out of the face, picking at a pimple or scratching an itch- the key is to recognize it and avoid it.

Some people also touch their faces when they are too stressed and anxious. As such, the best route for treating persistent stress and anxiety is to seek professional help so that you can gradually stop touching your face.

The hands do go to the face; it’s a habit one cannot let go of easily. However, with the COVID-19 pandemic at the door and WHO (World Health Organization) directing people not to touch the face as a primary precaution, this habit should be avoided. Stop touching your face. It is the only way to protect oneself from the virus and germs in the environment!

Also Read; How To Get Rid Of Nail Biting Habit