Want To Go Braless? Find Out How! 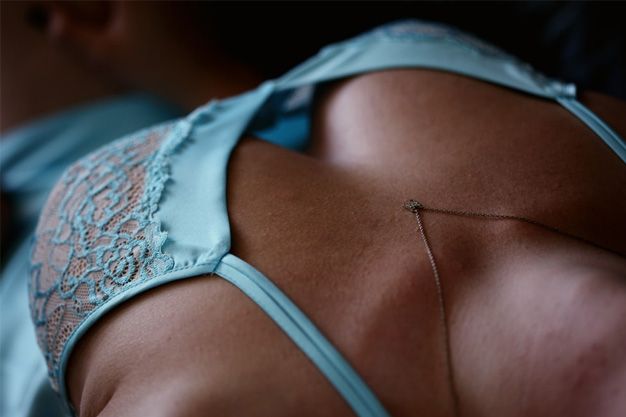 Every person with breasts knows the feeling of taking out to Go Braless at the end of a long and tiring day – that calm feeling as if you are a free bird, a breaker of chains, and queen of the seven kingdoms! Are you telling me that I am exaggerating this? Well, no, because there is no sweeter pleasure than getting home and taking your bra off and letting your ladies hang in peace.

However, why is it that we only take off our bras when we are mostly alone, or in rooms where we feel most safe, not looked at, and not judged at. There are plenty of people who wouldn’t like to wear a bra for twenty-four hours in the day and seven days for a week but they have to keep doing that or otherwise, society would get the better of you.

Do you want to go braless? For once, do you at least want to taste the sweet pleasure of going braless in the workplace? Or have you already decided and are here now to look for some tips for going braless? If those are the questions, crossing your mind then you are at the right place!

With movements like “Burn the bra” and “Free the Nipple” as well as women deciding to follow their own choices even when those choices are not in consonance with the demands of society – going braless has emerged as a trend and lifestyle choice. Many people even think of going braless as a form of rebellion, as a form of resisting against the structures in their individual capacity. By choosing to go braless these people manifest their rage, anger, and frustration of being held captive by the rules and requirements of being a “modest” person in society.

But, hey, guess what! Did you know that you can make your own rules and have your own ways of living and being in society? There is no need to do something if it does not bring you joy. You are allowed to exist in the world in your own unique ways.

Yet again, choosing to go braless should not be done until and unless you are comfortable with the idea of it. And, yes, even if you choose to go braless, initially it will be difficult and you will feel like you are being judged, and there will be activities where you won’t feel like participating, but slowly and gently you will realize that it is one of the most liberating actions that you have taken in your life.

Going braless is a choice. Read that again, until the thought makes a knot of itself and ties the knots in the trees of your brain. It is wrong to assume that feminists don’t wear bras. It is wrong to think “I am a bad feminist if I wear a bra.” You are allowed to be a feminist and yet wear a bra. Those two things are not mutually inclusive.

There is no doubt in the fact that going braless is a courageous thing to do and it does require the bravery of Daenerys Targaryen or Maeve Wiley to go around without wearing a bra. Apart from these intrinsic factors of courage and choice that guide your decision of “Yas, girl, go braless” here are some additional tips that will help you in navigating the world easily without a bra.

It is not easy to go braless when you have been wearing the garment for as long as you can remember it. Hence, starting small would count as big steps in this journey.

Start by going braless first in your bedroom, then slowly moving around the house without a bra, then attending to the door when someone rings the bell without a bra. You have to step on the ladder of feeling safe one step at a time so that you can turn on the go-braless-mode in no time!

Up your posture game

There is no denying the fact that bras are supportive. You will soon realize this all the more when you start going braless. Initially, when people go braless, they report drooping down and slouching to not grab attention from other people.

But you should refrain from doing that. Rather you should be doing the opposite! Sit straight with back support, stand straight with your shoulders pulled back – that is how you will be able to provide support to your breasts without a bra. And, slowly your body would get accustomed to this new way of getting support.

Get nipple covers to be more comfortable

People with breasts are completely aware of the society’s way of sexualizing their bodies and censoring the nipples. On the other hand, people without breasts can go on showing off their nipples. This is why free the nipple movement. This bias shows inherent discrimination in how we treat human bodies differently, and how over-sexualization leads people to live their life in anxiety and feeling almost breathless!

Get nipple covers if that is what is going to make you feel comfortable. Remembering, taking small steps to count as big leaps when we do something that is against the societal expectations and standards.

Going braless in the workplace

That is one of the best tips for people who want to go braless. It may be hard for you to believe that people actually do not care. Suppose, you have gone to a shopping mall where there are hundreds of people and there is this one person who is not wearing socks with shoes. Would you remember the person?

Suppose, you went past somebody on the street on your way to work and there is a person who is not wearing a bra, would you remember this person? You probably wouldn’t even notice these people in the first place! We all live in our bubbles, and we don’t care to look for what is going on in somebody else’s bubble.

Pros and Cons of Not Wearing A Bra

Like how there are two sides to everything, the same goes for a bra! The pros involve not feeling tied down, not being stung by the wire of the bra, feeling freer, wearing cute braless outfits like crop tops, camisoles, sweaters, hoodies, oversized t-shirts, even scarfs! When you go braless in winters, choose to along with the trend of layering your outfit. It works best when not wearing a bra!

The cons would be feeling more judged, having not much support for your breasts, thinking twice about taking the stairs. Some people also report getting back pains when they don’t wear a bra for prolonged periods of time. You might not be able to hit the gym without a bra.

Wearing a bra during a workout or going to the gym is a necessity as during the movement your body needs extra support which can only come with the bra. If you go braless while working out, you may suffer through pain and injuries.

In the end, know that going braless is an option. You can choose to go braless only when you are comfortable. Moreover, rather than going braless for the rest of your life, you can go braless at places and times that provide you with safety and comfort.