FROM ZERO TO ZILLION! The Untold Story Of ZILLINGO… 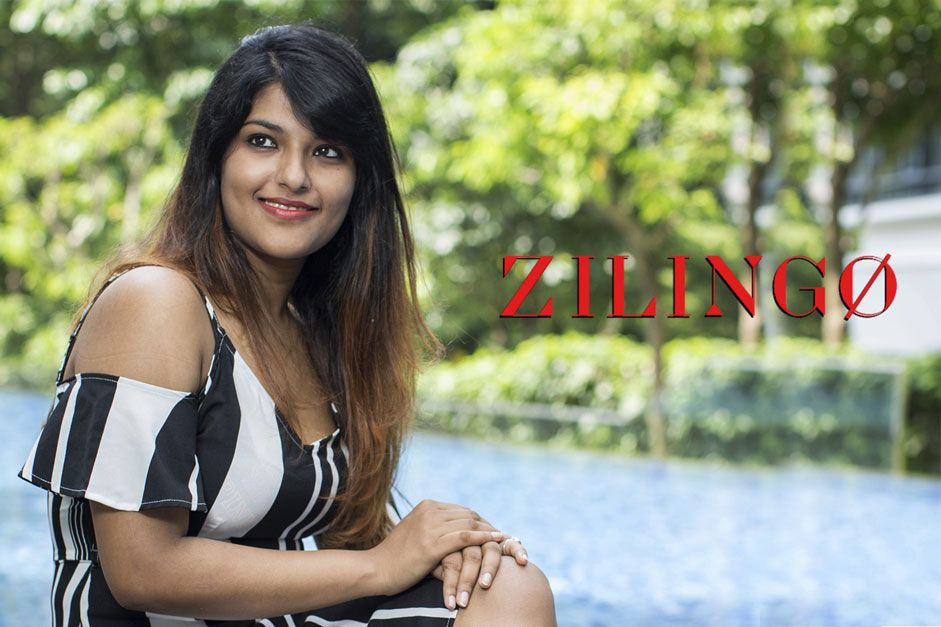 The Untold Story Of Zillingo

Zillingo, an online fashion workspace where all the local retailers join their hands to reach out directly to the consumers.  It’s co-founder Ankiti Bose, is just as unique as her name is. This girl, from Bangalore, is a great inspiration to many women entrepreneurs out there. A techie by graduation pursuit as well as on the professional front, she chose to leave her job after sufficiently acquiring the capital requisite for that little idea in her mind. And now that little seed has come on terms with global recognition as a fruitful tree.

Zilingo, the South East-Asian giant has gone on to have more than 7  million active users currently. Standing tall with such goodwill, it’s investor base is unreckonable right now. Its cash injection as assessed in February 2019 has been $970 million.  What is more unbelievable is how this journey came into being!  Ankiti was traveling with her ex-colleagues, in 2014, in Bangkok!

There, she happened to go to the Chatuchak market, which is the largest weekend market in the world. That’s where she saw a large number of local retailers, holding around 15,000 stalls, selling some really quality worthy clothes. And looking at them, all of a sudden she thought that, such amazing things should go online! But owing to the lack of knowledge as well as the know-how of online markets, such sellers can never make it big. This is where the need for a tricky yet helpful entrepreneur got laid. That’s where the seed was sown for this big entrepreneurship plan.

Ankiti, back in those days, used to be a tender 23 who knew nothing much about workspace except her 9-6 schedule which would render her definite returns. She used to work for Sequoia in Bangalore. At the same time, these local sellers from South East Asia were having their own hard times as all the local vendors have in the hands of profit snatcher middlemen! Such sellers had to work for, low-profit margins, sell their products at a loss at times, just because of the lack of economies of scale. Finally, owing to the barter system methods, the need for both the parties intersected and hence, Zillingo was found.

Zillingo is basically comprised of two major words one being -‘zillion’ and the other being ‘go’. So, basically, the idea was to convey the fact that it’s a zillion seller under one umbrella who will be directly connected with their consumers with no middlemen to haunt in between. Of course, Zillingo charges 10-30% from the merchants who wish to sell their items online but that is way lot less than what they are being provided in turn. The authenticity, pricing and other metrics are very well taken care of by the company. Once, the company approves the products to be sold, after that other services like finance and insurance needs are checked for.

So, one can definitely rely on this, either a seller or a purchaser both. This successful venture too had it’s own share of hurdles as all the startups do have! Initially, Ankiti was tensed of the fact that if ever this venture had to become a reality, it has to have a great technical boost. And for this purpose, she knew a simple technical toddler won’t help rather a proper technical sprinter was required.  The same night, she and her other friends met for a drink at her flat and there she discussed the plan with one of her techie friends, currently the co-founder Dhruv Kapoor.

Dhruv was himself an entrepreneur and got quickly convinced of the idea. Within six months, they both got agreed to start this venture with an investment of $30, 000 each. They both had to, of course, leave their jobs which for them was a big risk that they were putting their careers staked on. But they were not alone in this, they convinced some like-minded friends to do the same and asked them to leave their jobs to join hands for this venture. Everybody agreed and together, they went to convince the local sellers of the South East Asian market and other such markets and finally they set up their offices in Singapore and Bangalore.

Still, some unlisted hurdles did exist, among which listing and procurement design and financing existed. Still United the co-founders stood and while one was making it technically possible in Bangalore, the other was making it a reality in Singapore. And finally, this idea got so many financers that even the former company Sequoia that Ankiti was an employee to, had agreed to invest in the venture.

Today, the company has become so successful that it has its offices in the most amazing markets of US, Australia, Hongkong. It has received a huge fund accumulation that is, $308 million including Singapore’s Economic Development Bank Investments (EDBI). If that’s not what you call big, nothing is. That’s how Zillingo had it’s a journey of zero to zillion. Why sit back and wait? It’s your time to let that one seed idea go on floors and rock itself in the market.

Let the entrepreneur in you shine!! 💫

Stay tuned to Voice of Woman for more such amazing inspirational stories!