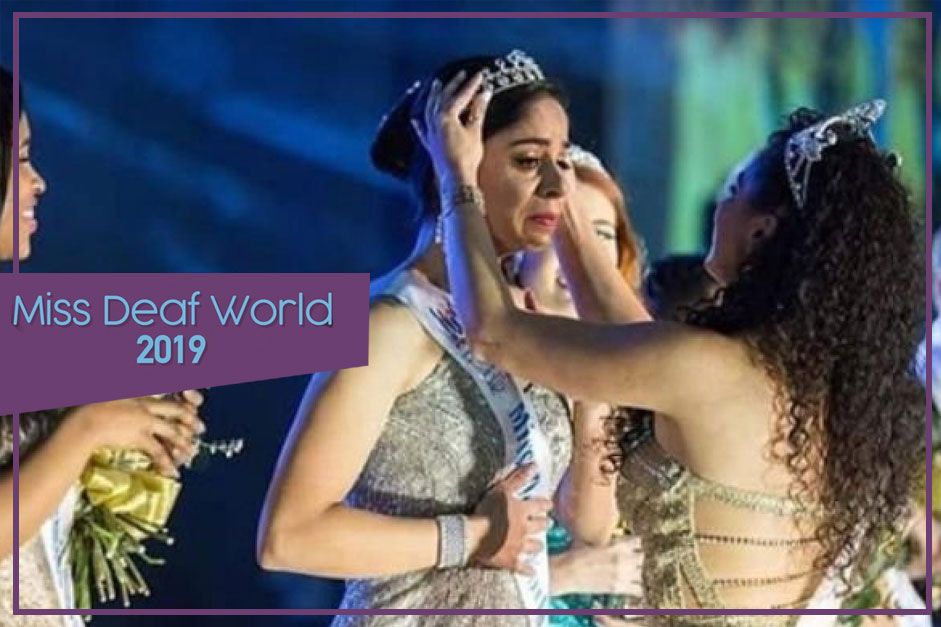 One can reach the stars with the right kind of vision and faith. Vidisha Baliyan may be tagged as the one belonging to the ‘specially-abled’ category, but she is truly an epitome of inspiration and courage. In 2017, she made a mark by bagging two silver medals in the National Games and securing the fifth position in the Deaflympics. Taking a step ahead, she again marked her name in history by being the first Indian to be crowned with the Miss Deaf World this year in South Africa. This 21-year-old Muzaffarnagar deaf girl has made the nation proud several times.

Due to hearing-impairment, Vidisha was bullied in school that somehow bruised her. But the courageous girl did not stop and chose to play tennis and with dedication, she excelled in that field. She represented India in 2017 in Deaflympics and bagged 5th position. Later she tried her hand in modeling which took her to the throne of Miss Deaf World 2019. Reaching the height she took a look back and said,” My journey has not been easy.

My 100% hearing impairment in one year and 90% in the other meant a lot of people would not even come forward to have a conversation with me. They would only try to mock me and strong-arm me. I managed to get through school and college by lipreading whatever my teachers said in class.”. Making her way through all the difficulties, Vidisha managed to stand on a platform that people look up to. Her grit and perseverance enabled her to transform her disability into ability.  At the age of 12, she devoted herself to tennis and gave it her everything. She practiced for two hours every day.

Her efforts into this sport took her international where she made the nation proud. Helping this young woman achieve this feat was Paralympian Deepa Malik and her daughter, Devika, co-founders of The Wheeling Happiness Foundation. The foundation helped her throughout and helped made her what she is today. The organization supported Vidisha with all the financial cost, make-up, grooming, travel and filming. With the organization’s support and Vidisha’s 100% efforts, she made her journey one of a kind.

When she was honored with the crown in South Africa she said,” While being crowned as Miss Deaf World would be etched in my memory for a lifetime, the win was extra special to me for many reasons. As a hearing-impaired child, from not hearing the doorbell to being ignored by people, I’ve seen it all. But after seeing a meteoric rise in my sports career as a tennis player who earned the 5th rank in ‘Deaflympics’, tennis became as important as breathing. And then life’s another blow – a severe back injury left my hopes fractured. Unable to see a reason to live, I didn’t give up because of the strength my family gave me. And in time, I was shown another way – Miss Deaf India. A novice to the world of beauty and fashion, I learned what was needed and won the title. I am blessed with a quality – if I put my mind to something then I don’t measure efforts or time, I give it my all. Whether it’s dancing, basketball, swimming, tennis or yoga, I never slack in my efforts.”

She has given the mantra to be successful. She has taught that even if one is not blessed with everything perfect, one should not give up and find one’s ability to rise higher. At the place where she stands, not only serves as an inspiration to differently-abled people but everyone. Vidisha’s secret to winning battles is her inner strength and courage.