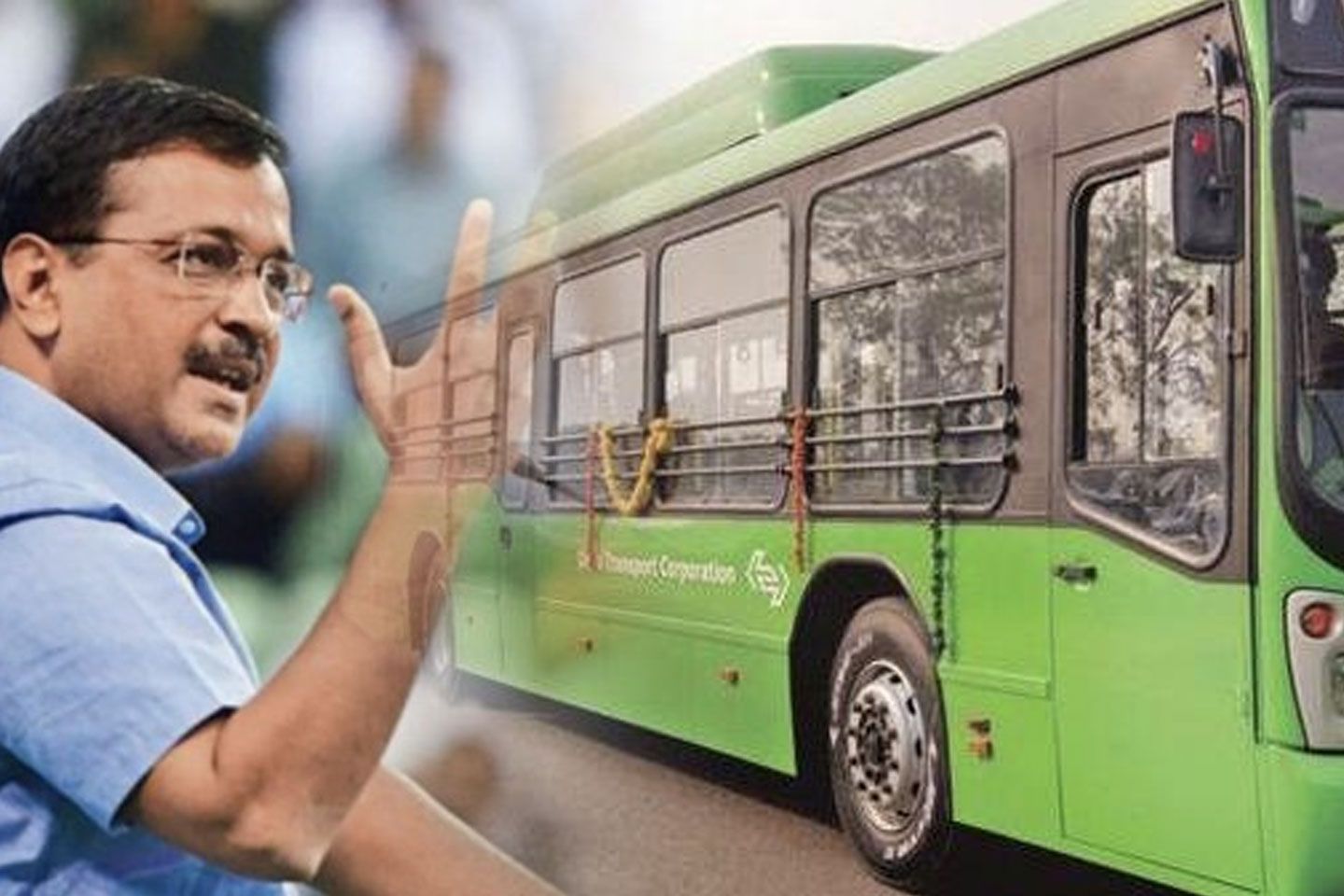 On 30th October 2019, the free ride for women kicked off in New Delhi. This scheme was launched by Manish Sisodia, the Deputy Chief Minister of Delhi. On this occasion, he said, that it will ensure women’s role in the country’s economy and that it would be a much safer option for them as well.  It is said to be a Bhai Dhooj gift from Arvind Kejriwal to all the women.

Every woman traveling on DTC and Cluster bus will get a free pink ticket. Manish Sisodia, the Deputy Chief Minister of New Delhi, tweeted in Hindi “Free-ride for women in Delhi buses has started from today. Congratulations Delhi! Apart from women safety, it will also increase the role of women in Delhi economy…,” The facility will not only be limited to Delhi but, Noida-NCR, airport and other areas of service covered by the DTC and Cluster buses will come under this scheme.

The Chief Minister of Delhi, Arvind Kejriwal, hopped on a few busses to get a direct response from the women traveling. He later tweeted out “I boarded a few buses just now to get direct feedback from women. In addition to students, working women, women going shopping, I also met a few who have to visit doc regularly. They are also very happy (sic),”  In another tweet in Hindi, Kejriwal said “Today all our sisters in Delhi have become VIPs. Till now, only MP and MLAs used to get free rides. Now commuting for women is also free,”

Opposition Labels it as a Publicity Stunt

BJP Chief of Delhi, Manoj Tiwari, called the scheme an ‘election stunt.’ He told ANI “This decision of Kejriwal is an election stunt. He has done nothing in the past so many months for women in the city. Kejriwal has taken this decision as the elections are just three months away,”

In response to these accusations, Kejriwal said “If I have made electricity and commuting cheaper in Delhi, these people (opposition leaders) have to understand where the money is coming from. This is because we are saving the money that was earlier wasted in corrupt practices. We are using this money for boosting public infrastructure,” he further added that the “people are happy”.

According to a twitter user @SukritiDwivedi, this scheme was a welcome change for women like Vinita. The 24-year-old Vinita earned 12,000 per month as a receptionist. About 2,500 of that amount went into commute which would now be saved. There are many others like Vinita who can save the money that used to get spent on commute. Although 2,500 may be a small amount for some, for others, it is a worthy amount for many low-income people especially women.

With the scheme just having started today ‘Free ride for women in Delhi’, it will be a little while until we can say for sure if it is a welcome move or not. While women appreciate being able to travel free, the government should also ensure their safety while they do so.