First Woman Of Colour-Evaristo, Wins Booker Along With Atwood 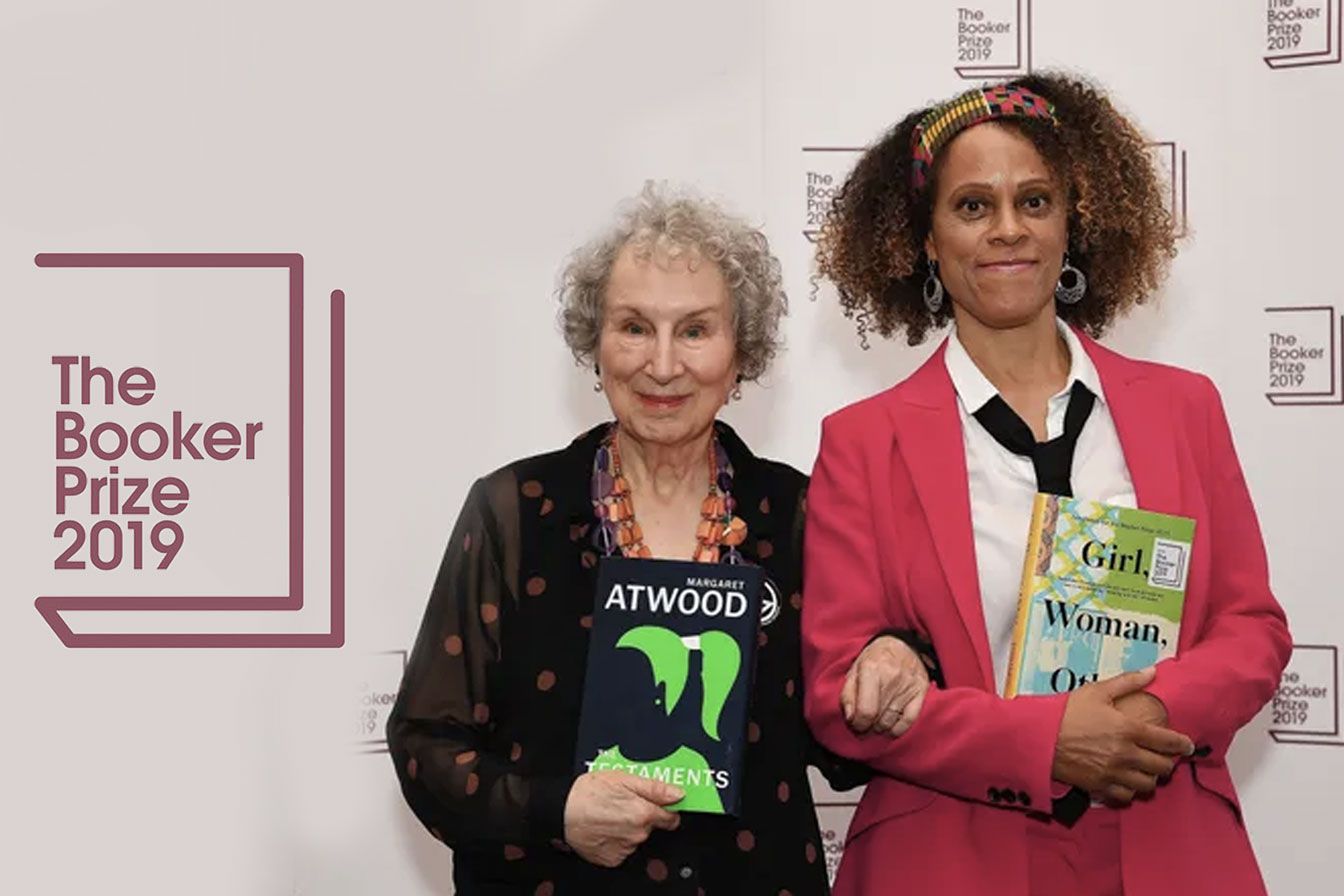 The Booker prize 2019 created history in many accounts. In 1992 after Michael Ondaatje’s The English Patient and Barry Unsworth’s Sacred Hunger, were declared the joint winners, the Booker foundation revised the rules. The Booker Prize rule states that the “prize may not be divided or withheld.” This year the five-member judges’ panel choose Margaret Atwood ’s The Testaments, a sequel to immensely popular The Handmaid’s Tale. The other winner is Bernardine Evaristo’s Girl, Woman, Other.

What grabbed the headlines was in Booker’s 50 year history; this is the first time a woman of color has won this prestigious literary award. Evaristo’s Booker prize 2019 win has been a landmark, “a real game-changer” because in half a century only four black women have been nominated. The other 2019 Booker prize nominated novels were: Lucy Ellmann’s Ducks, Newburyport, Chogozie Obioma’s An Orchestra of Minorities, Salman Rushdie’s Quichotte and Elif Shafak’s 10 Minutes 38 Seconds in This Strange World.

The judges’ panel couldn’t decide between the two landmark books, after deliberating for over five hours, they finally decide to flout it as they couldn’t choose anyone book unanimously. The judges this year were: Agua Hirsch, Liz Calder, Xiaolu Guo, Joanna MacGregor and Peter Florence, who was also the Chair of this year judge’s panel. The two authors would share the prize money of £50,000.

Here are some winners of Booker prize 2019:

The 79 years old Canadian, Atwood became the oldest winner of the Booker prize. She has won it previously in 2000 for her novel The Blind Assassin and has also been shortlisted 4 other times. The Testament is a sequel to the 1986’s The Handmaid’s Tale, which has been now adapted into an award-winning TV adaptation.

The novel like its prequel is set in a dystopian society that oppresses girls and women. Though it is set in a fictional world, the situations are extremely relatable. Set in Gilead 15 years after the end of the last book is narrated by 3 different female voices- Aunt Lydia, Agnes, a young woman brought up in Gilead, and Daisy, a feisty teen living in Canada. It is a fast-paced read dealing with the dark and murk, but showing a ray of light finally infiltrating this shadowy realm. It might often divide the reader’s opinion but it cannot be ignored for sure.

Evaristo’s eighth novel Girl, Woman, Other deals with lives of 12 African women, the youngest is a 19-year-old student at Oxford, Yazz and the oldest a 93-year-old, Hattie, a farmer in Northern England, and in between, there are women from all generation. The story primarily revolves around Amma, a black lesbian playwright, whose new play is opening at the National Theatre in London.

Bernardine was born to an English mother and a Nigerian father wants to write about the African diasporas staying in England. The book is written in an experimental form, a mix of poetry and prose, with an unconventional use of punctuations. It has long sentences with no periods in the end. The book deals with women’s gender, sexuality and even has a non-binary character. The character of Amma is semi-autobiographical, the author to co-founded the Theatre for Black Women. Each character that you encounter in her novel has been fleshed with sympathy and grace. A lot of human experiences have been packed in Girl, Woman, Other.

Evaristo’s fans have protested that Booker by giving the prize to joint winners, has taken the spotlight away from a historic event-first black woman winning the award. The author has said, “We black British women know that if we don’t write ourselves into literature no one else will.” It is indeed surprising that people of color, especially women have taken so long to become part of the mainstream literature. Bernardine Evaristo has summed it up wonderfully, “I am the first black woman to win the Booker prize 2019 and I hope that honor doesn’t last too long. I hope other people come forward now.”