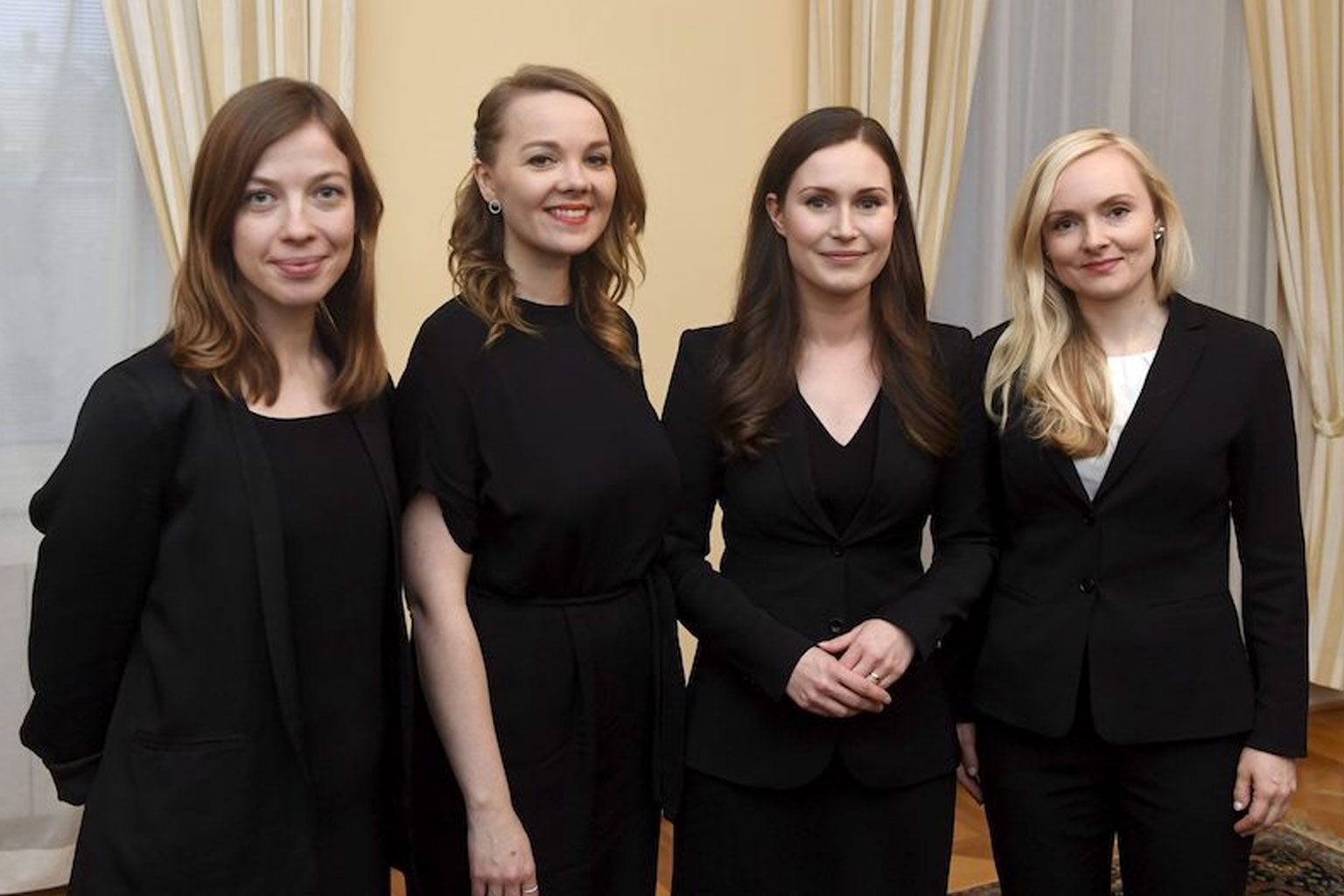 Sanna Marin is set to lead Finland at only 34 years of age. She will be the youngest sitting Prime Minister after she is sworn in on Tuesday! Marin was elected by her party for the position on Sunday. The soon-to-be Prime Minister will lead a coalition government with five other parties who have women leading the top spots. Four out of five of those women are under 35! Marin is going to be Finland’s third female Prime Minister. Recalling her past, Marin said that she came from a “poor family” and was able to succeed because of Finland’s education system. World leaders and prominent people are congratulating her on the achievement.

Although many were congratulating Marin on the being the youngest female leader, Marin was not keen on looking at her win as a victory for women. She said, “I have never thought of my age or gender,” Her priority is to win the trust of the election parties and the electorate.

Finland Is Leading With Women Representation In The Parliament

Finland is a regular appearance in the top countries list when it comes to gender equality. Their first female Prime Minister was elected back in 2003. While In India, the Women’s Reservation Bill, which proposes 33% reservation for women in the lower house of the parliament is still pending since 2008, Finland boasts a substantial 47% of women representation in parliament. Marin used to be the transport minister before being elected to become the Prime Minister on the 8th of December.

The former Prime Minister of Finland, Alexander Stubb, tweeted that he was “rejoiced” at the representation of women even though his party was not in the government. Finland has been ahead of other countries when it comes to women’s rights. It was the very first country to grant women the right to vote in Europe in 1906. The victory is seen as a triumph for the liberals over a party that halted anti-climate change measures and cut the asylum levels to almost zero.

India and USA are far behind

India was one of the first countries to have a female Prime Minister, but equality for women in India is still a distant dream. Although this election set a record with 78 women parliamentarians, seven states out of the twenty-nine did not have any female representatives at all. Around 48% of India’s population is women, but the representation in parliament is abysmally low at only 14.36%. Even the United States of America is lagging behind. The women won a record number of seats in 2018, but they only make up just 23.2% of women representatives.

Finland, along with other Nordic countries, is doing great in such areas. According to the World Economic Forum’s Gender Gap for 2018, Finland placed fourth after Iceland, Norway, and Sweden. The forum measures different sectors like health, economic, educational, and political equality. Political representation is not all that the women of Nordic countries benefit from. They also have policies that help women maintain their careers while they raise families. There are also generous parental leaves for the mother as well as the father.

These policies have been active for a long time and contribute hugely to making Finland one of the happiest countries on earth. For example, the reproductive health policy was structured in the 1970s to help gender equality. There are many lessons to take from Finland and the Nordic countries that prioritize their citizen’s needs above others. Although the exact model may not be applicable in our country, but an adapted model should definitely be considered.